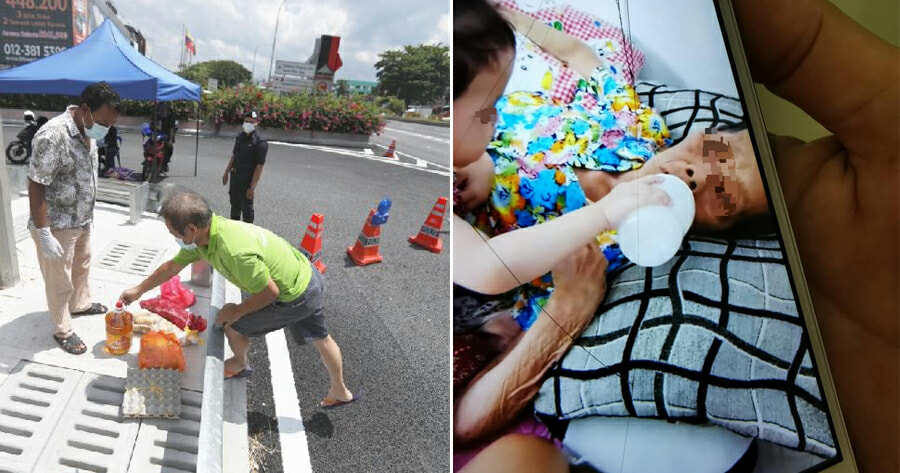 The elderly woman living in the lockdown apartment in Taman Sri Murni has finally received assistance and has been sent some food after her neighbours heard of her situation.

According to Sin Chew Daily, one of the woman’s daughters, Qiu (57) said that some local residents immediately sent white rice and biscuits which temporarily eased the situation. However, she said her mother would still need milk and hopes that milk will be delivered to her mother’s house soon.

She added that her mother is staying with a caregiver and she had planned to deliver milk powder over to her mother’s house two days ago. However, she was surprised that the area had been blocked when she arrived outside the apartment.

“My younger sister who sent the food at that time, asked the law enforcement personnel to deliver the materials on behalf of her, but she was refused,” she said.

“The people inside the apartment were also not allowed to go out which really made us anxious.”

However, she said she is very grateful towards the residents for coming together to help her mother and hopes the authorities will deliver the food as soon as possible and allow relatives to deliver food to the residents in the apartment.

Residents at the Taman Sri Murni apartment had apparently not received food from the welfare department as promised for the past three days. Fortunately, the government has heard their complaints and has since delivered the necessary items to the estimated 16,000 residents in the area with DBKL heading the logistics of the operation.

Also read: Old Woman At Lockdown Apartment In Taman Sri Murni Is Starving As The Govt Has Not Been Sending Food