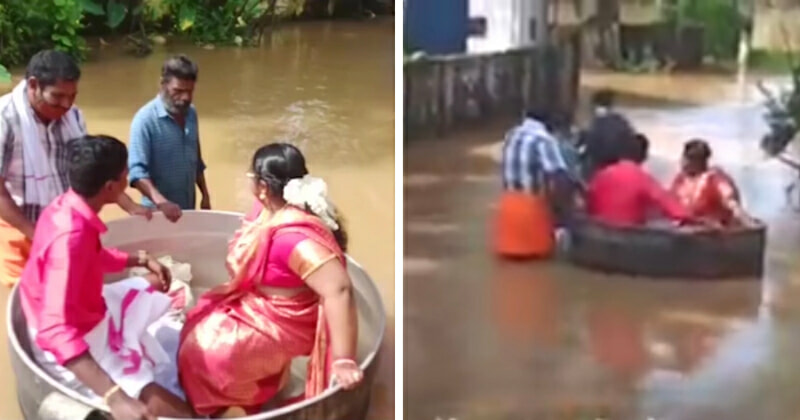 No flood could ever get in the way of love!

A couple in Kerala, India has gone viral after they reached their wedding venue in the most ‘kuali-ty’ way after heavy rains caused the streets to be submerged by water. As reported by Al-Jazeera, the couple, both of whom are healthcare workers, borrowed a cooking pot from a local temple and enlisted two men to push them in the makeshift boat in order to reach their wedding venue.

The images of the creative transportation and quick thinking by the couple have since made its way around social media in India. When interviewed by local media, the bride commented,

“It has turned into a wedding which we never imagined,”

VIDEO A couple in India's southern state of Kerala use a large cooking pot borrowed from a temple to get through floodwaters and reach their wedding venue pic.twitter.com/fYk82XTD7Q

The couple’s wedding venue was also partially flooded but the pair were determined to tie the knot in a small ceremony. In a video of the incident, a man can also be heard saying ‘Should’ve booked a boat instead of a car…” in the background.

The state of Kerala in southern India recently seen heavy rains and landslides which have killed at least 28 people across the state. 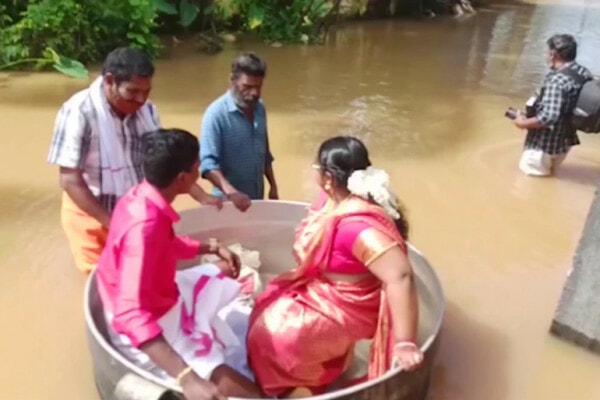 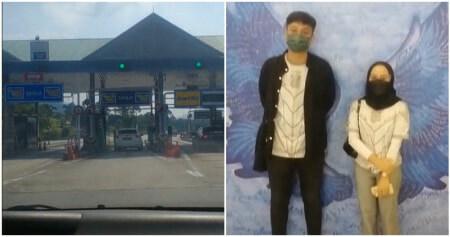