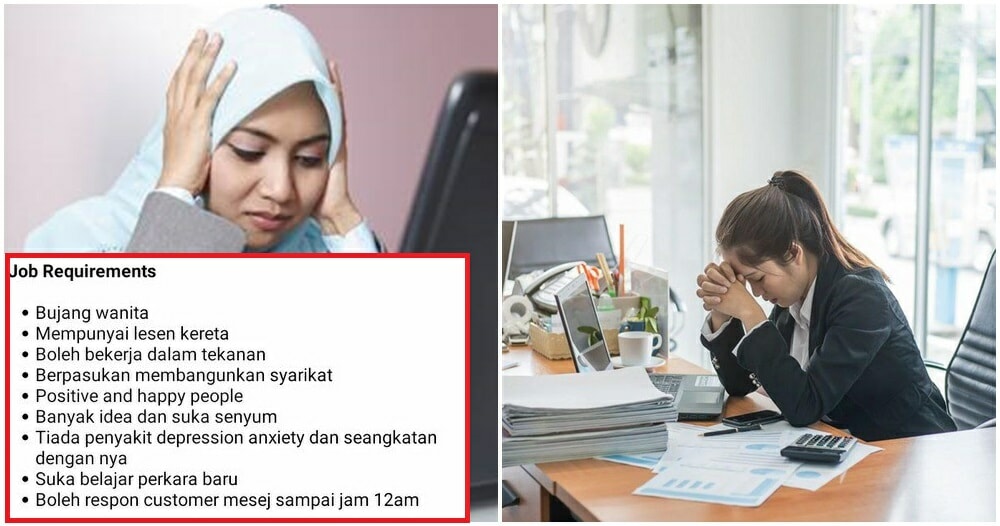 An online fashion company based in Sungai Besi, Kuala Lumpur has recently come under fire from netizens for posting a job advertisement with discriminatory requirements and a long list of job responsibilities for a position that only pays RM2,000 a month. 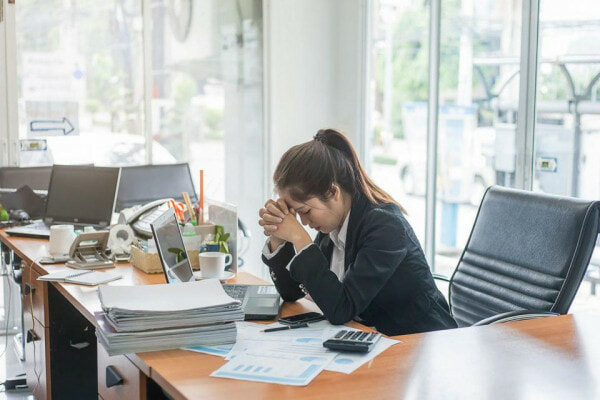 A netizen took to Twitter to share the vacancy for the job title of “Content Creator” on LinkedIn with the caption, “There are so many things that are wrong with this job ad. My gosh, I shake my head when I see this.” 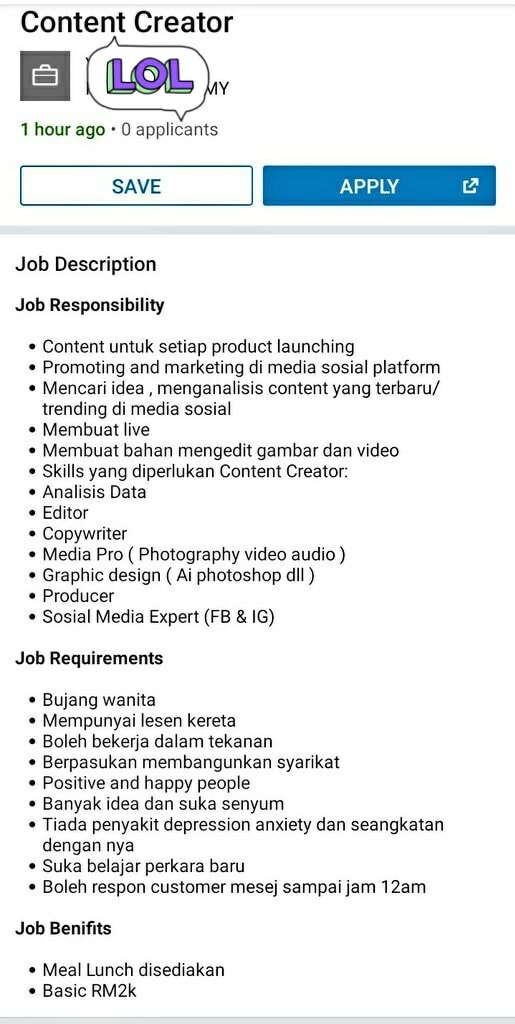 Under job requirements, the company said they were looking for a “single female” who “has a driver’s licence” and “has no history of depression, anxiety or any related illness”. Applicants were also expected to respond to customer’s messages at midnight and “have a lot of ideas and always be smiling”.

As for job responsibilities, the content creator had to ensure the following:

Twitter user @areedrazamn said that applicants had to be equipped with the skills of an editor, copywriter, producer, graphic designer, social media executive, photographer and so much more for a role that pays only RM2,000! 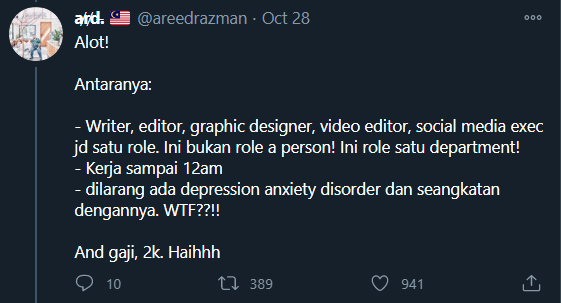 Needless to say, netizens were furious when they discovered this vacancy. Many searched for the company and reported them for unethical work practices. A few netizens were disappointed to discover that the company described itself as “religious” when details of the vacancy suggested the exact opposite. 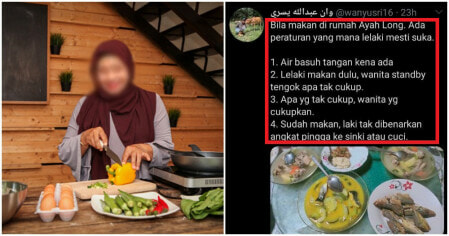