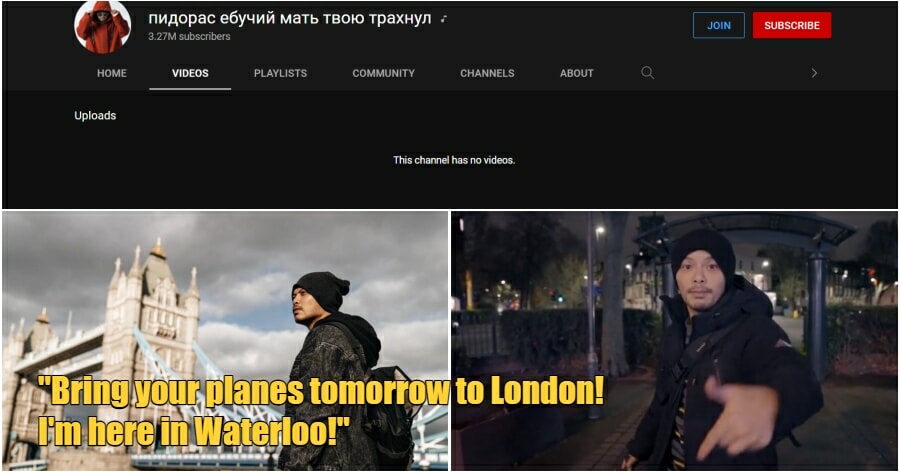 Imagine 10 years of your efforts vanished overnight just like that without a trace.

Not only the videos are gone but the name of his YouTube channel is also now in the Russian language.

“This YouTube channel has been managed for 13 years. It has been a long journey but everything is gone now,” he expressed.

He then said that “I don’t care who you are, Russian guy“, before sending him a message in the Russian language and voicing out his stand on supporting Ukraine.

“Bring your planes tomorrow to London! I’m here in Waterloo!”

Just this morning, Namewee uploaded another post on his Instagram account and said that he is actually not surprised by this incident as he has made a lot of enemies throughout his career.

“Frankly speaking, for this to happen 13 years later, it’s considered longer than I expected. Especially after the release of my single last year.”

He made headlines in October last year when his controversial song “Fragile” (玻璃心) was released which is a satire on the nationalistic Chinese internet users. The song was immediately pulled from music streaming services in China only 1 day after its release.

He also said that tough times like these have revealed his friends & foe. He thanked the people who have wished him well after the incident and assured the people that he will do everything in his means to retrieve all the videos on his YouTube account.

We wish nothing but the best for Namewee in “saving” all his efforts which are worth more than a decade!

Also read: Uncle Roger Says The Ukraine Dates Joke Was Unfunny But He Will NOT Apologise For A Bad Joke 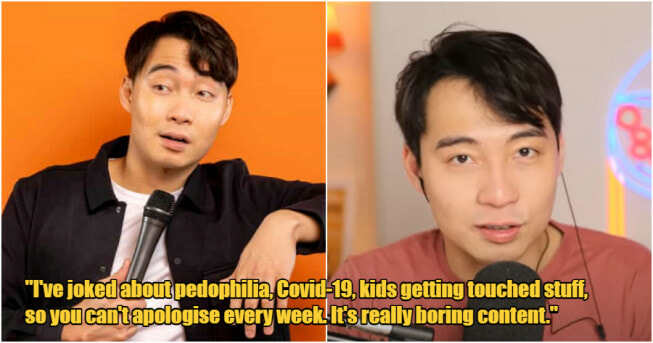