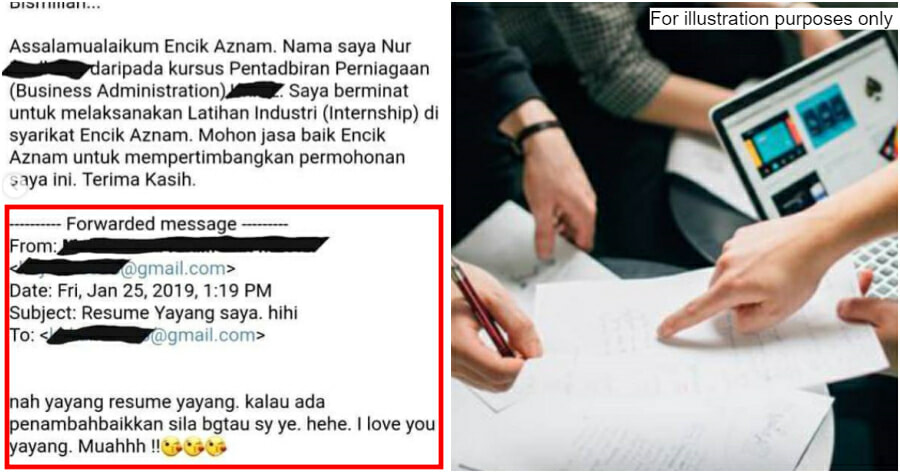 Job seeking is one of the most important highlights in our lives and we would want to leave a good impression. There are certain ethics that we’re expected to follow while communicating with our potential employers. 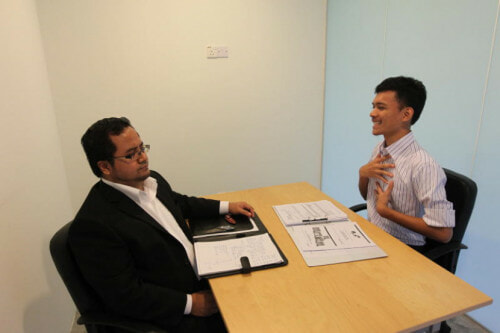 Recently, a career consultant, Nik Akmal has shared an incident via his Instagram account which shows a job seeking e-mail that an employer had received earlier. The email, with a resume attached, shows a student from the Business Administration course who wishes to undergo an internship at his company.

The e-mail was written in a polite manner BUT, there’s something else that is equally important and the student may have overlooked. 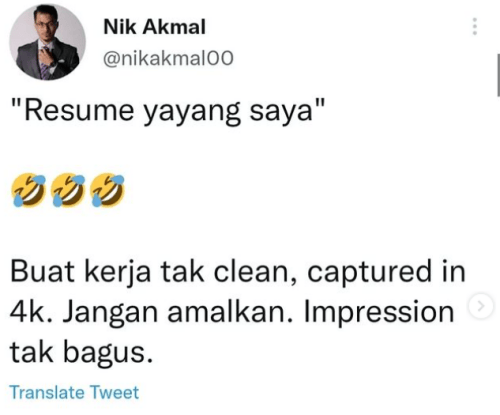 At the bottom of her e-mail, it is revealed that the resume was sent by her boyfriend, who had helped her to create it. Without creating a new inbox, she immediately forwarded the e-mail from her boyfriend to the employer. But that’s not all.

The messages between the couple were also forwarded to the employer.

“Here’s your resume sayang! Let me know if there is anything that needs to be improved. Love you sayang!” the boyfriend ended the e-mail with a kiss. 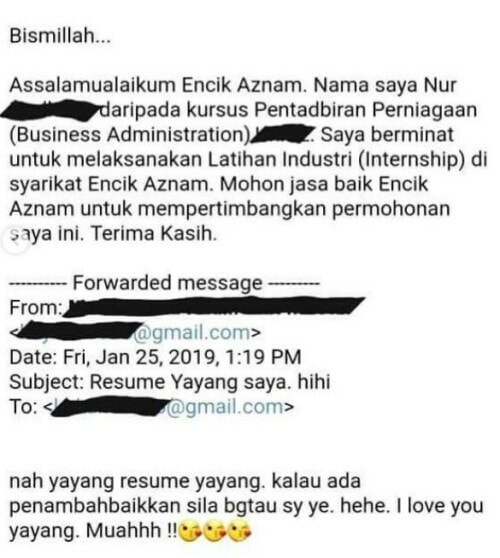 That is certainly something none of us want our potential employers to see, especially when we’re in the midst of looking for a job and an internship placement.

In his caption, Nik stated that the ethics of sending an e-mail is one of the main skills as it is a platform used for official communication.

“Hilarious. Pity. Cringe. Reject. I have mixed emotions on this,” he said.

He also said that consider yourself lucky if HR still decide to call you in for an interview although the possibilities of being teased for the e-mail are likely. However, Nik reminded the people that it should be understandable if HR eventually just reject the application immediately as it shows the lack of professionalism and not doing your own work. 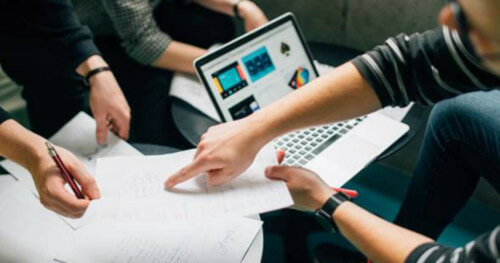 Not only that but it also hints that the person is not thorough enough in checking his/her own work.

It all depends on the kind of jobs that we’re looking for as the final decision lies in the hands of the employers.

It’s always wise to double-check our e-mails before sending them out to avoid unnecessary troubles. Any HR friends or recruit team here? How would you react if you receive an e-mail like this?

Also read: “K, I no need the job. TQ.” Netizens Call Out Job Candidate For Being Entitled & Arrogant 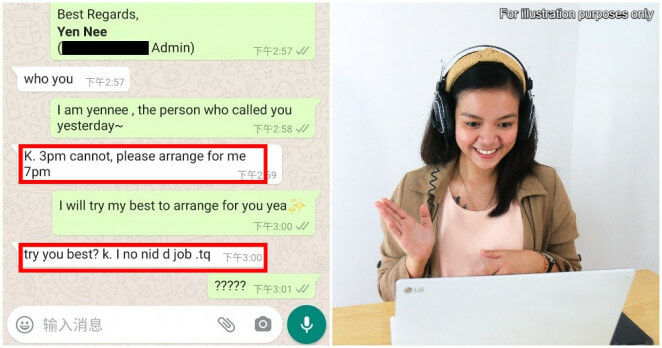