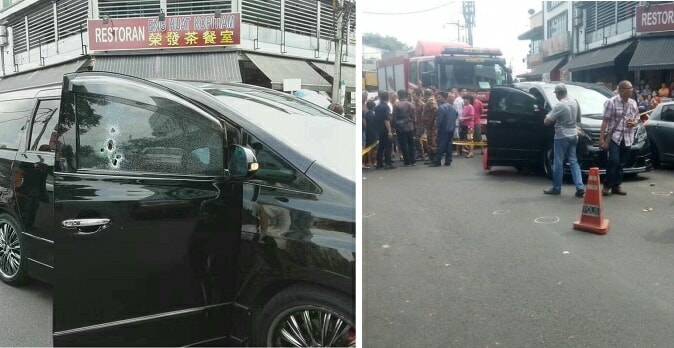 A real estate agent, 32 who is a mother of 5 was ambushed today by two unknown men while she was driving with all her children and her maid in Taman OUG about 2.30pm today.

According to City CID chief Senior Asst Comm, Rusdi Mohd Isa, the unknown men are believed to have fired 5 shots at the Toyota Vellfire which the victim was driving,  one hitting her at the neck, fatally killing her.

The woman’s body was already motionless when officials arrived at the scene. 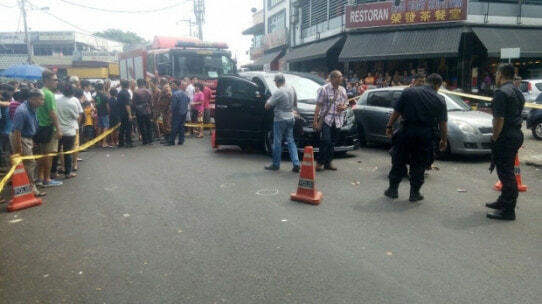 One of her daughter, aged 8 who was sitting beside her in the passenger seat was also hit by a stray bullet and is now in critical condition. She has been rushed to Universiti Malaya Medical Centre for treatment.

ACP Rusdi added that the victim had come out to eat at a nearby restaurant for lunch before heading to Penang when two men on a motorcycle came towards the vehicle and opened fire.

Malaysians are worried as there are more and more gun firing cases and questioned if fire arms are easily obtained in this country.

The police are now hoping to identify the assailants after they acquire and inspect the CCTV footage from the cameras in that area.

The case has been classified as murder.

Anyone with information can contact the police hotline at 03-2115 9999 or visit the nearest police station.

On similar incidents recently: Man Soaked in Blood Escapes Death after Being Shot at 6 Times 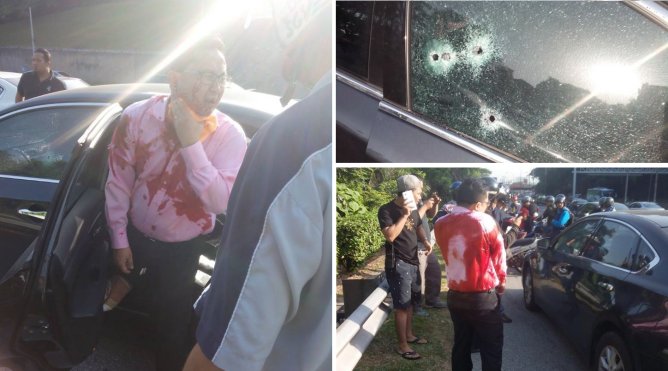