Controversial cosmetics millionaire, Datuk Aliff Syukri is at it again. The infamous figure is always in the limelight for inciting anger and debate among the public, which is ultimately a part of his marketing approach. Well, this time, he might’ve taken things a bit too far.

Recently on 4th November, during a live telecast of the ever so popular TV show Gegar Vaganza 5, he had once again successfully created controversy by making a racist remark as he commented about the skin colour of an Indian singer, Santesh.

Apart from that, he also went down to audience, picked a volunteer, blatantly labelled her “ugly” and then forcefully applied his beauty cream on her face, leaving her looking awkwardly dumbfounded. Yes, all this on live TV!

Here is the video of the incident:

His behaviour that was uncalled for have triggered the wrath of many Malaysians and a majority of them criticised his actions, saying that he was rude for calling the lady “ugly” and comparing her to a ‘bomoh’ (witch doctor). Many netizens have also called for a boycott on his products.

Soon after, this video by Arwind Kumar documenting his reaction to the whole ordeal began circulating on social media and to be honest, it pretty much sums up how we Malaysians feel about Datuk Aliff Syukri and his perangai buruk (bad behaviour)!

In his video, Arwind said,

“You stereotype dark-skinned people, you heartlessly called someone ugly, publicly on a live TV show, what respect (do) you expect to earn from the society, Aliff Syukri?”

He then ended the video demanding Aliff to apologise.

However, Datuk Aliff Syukri has since released a video regarding the matter on his Instagram account, which is currently set to private. But thanks to the internet, you can still watch how he changes the narration and now portrays himself as the victim of the situation, asking people to stop criticising him and to imagine being in his shoes at that moment. Hmm, not sure if we can relate. Can you?

What do you think of this whole incident and Aliff’s actions during the live broadcast? Do you think this was all part of his twisted marketing strategy? Well, if it was, he sure made us talk about him again.

That said, marketing strategy or not, there must be some boundaries lah. Otherwise, who knows how far he will go the next time without getting any punishment for his behaviour? Just because you’re a sponsor of the show doesn’t entitle you to do whatever you want. Don’t you agree, guys?

PS: This isn’t the first time Aliff has made the headlines, check out the story below! 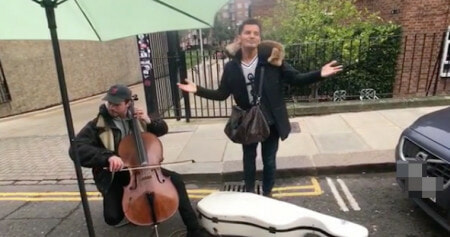