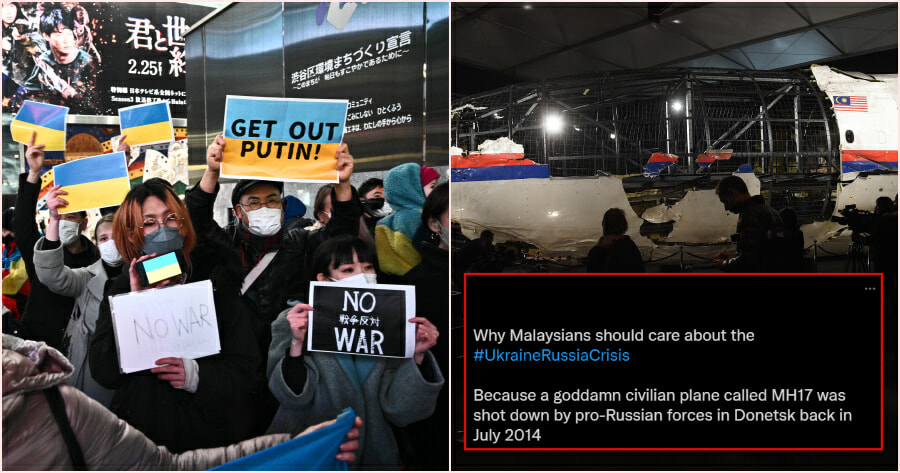 As Russia’s Vladimir Putin declares war against Ukraine, countries all over the world have shown their support for the country being invaded.

This includes Malaysians who have used the memory of the unthinkable tragedy of Malaysia Airlines flight MH17 to spur their support for Ukraine. 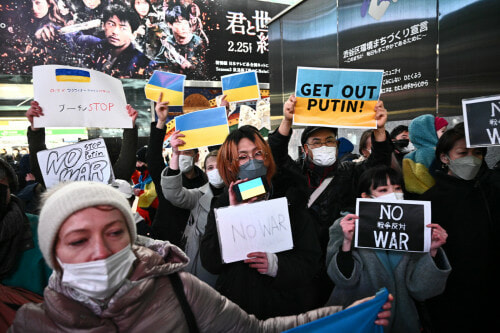 The MH17 tragedy which occurred on 17th July 2014 was the Malaysia Airlines flight which was shot down by a missile by pro-Russian rebels killed all 283 passengers and 15 crew on board.

The commercial flight was shot down by a missile that was fired by Russian-backed separatists from a territory controlled called Donetsk which was recognised officially by Putin on Monday (21 February). 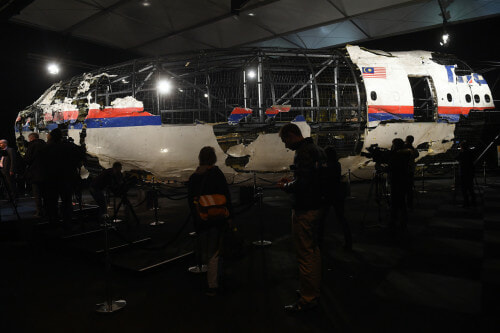 Ever since the war between the 2 countries was announced, Malaysians have taken to social media to express their support for Ukraine. 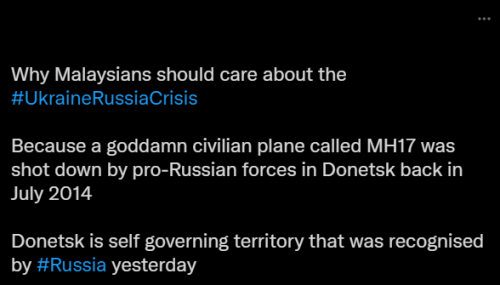 Meanwhile, some world leaders such as Iceland’s Prime Minister Katrín Jakobsdóttir, have openly condemned Russia for its military action.

This has led Malaysians to urge the government and Prime Minister Datuk Seri Ismail Sabri to condemn the attacks by Russia on Ukraine.

“How long will Malaysians wait for a statement from the Malaysian PM or even the Ministry of Foreign Affairs?”

“The PM and Foreign Minister should condemn the attacks by Russia on Ukraine at the expense of Malaysians who lost family members when MH17 was shot down,” commented one user.

“The Ministry of Foreign Affairs must make a stand and urge President Putin to withdraw troops from Ukraine for the sake of humanity,” said another user. 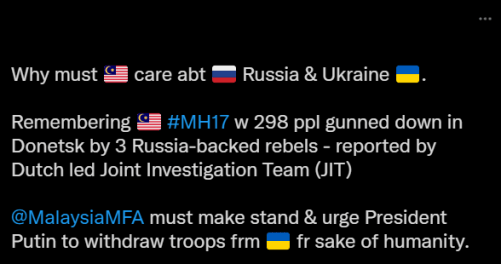 Do you agree? Should the PM or Foreign Minister issue a statement to condemn Russia’s actions? Let us know in the comments.

Also read: PM: Country’s Borders Will Reopen Soon & We Should Learn How To Treat Covid as We Would Dengue 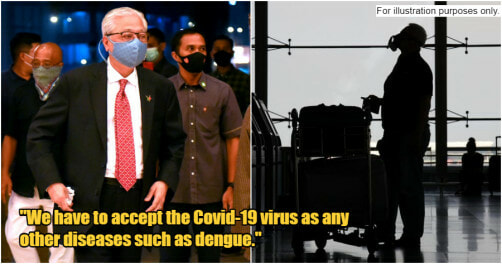