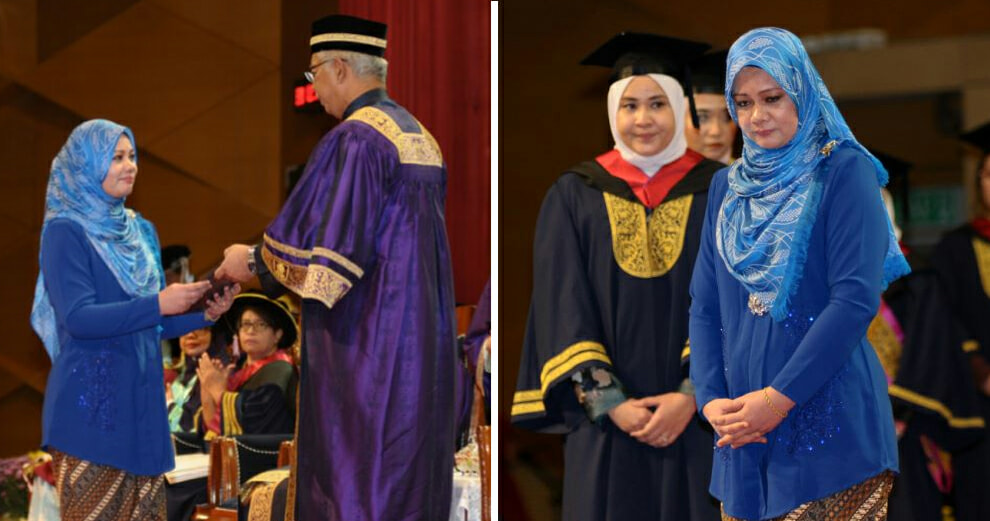 This should’ve been one of the happiest moments for this family but it turned out to the most bittersweet experience they’ll ever go through.

Recently, a touching gesture was made by Mara University of Technology (UiTM) during their 91st convocation ceremony when they paid tribute to one of their Masters graduates, Syed Shahfuddin Syed Zainal Abidin, who unfortunately passed away before he could attend and receive his Masters in Mass Communication scroll in front of his graduating class.

Instead, as reported by mStar, it was the late graduate’s widow, Nor Aziah Yahaya, who walked up the stage and received the scroll on his behalf whilst trying to hold back her tears throughout the ceremony. A picture of her late husband was displayed on the screen as she walked up the stage as a token of respect, prompting condolences and prayers from those who attended.

One of the attendees shared the moment on Twitter on how the upbeat traditional gamelan music suddenly stopped when she took the stage, as a sign of respect for her late husband. Kudos to UiTM for such a considerate gesture!

Speaking to mStar, Nor Aziah shared how she was hesitant at first to attend the ceremony, fearing that she could not control her emotions. It was originally planned for their 12-year-old son to walk up the stage and receive the scroll for his late father’s behalf but the ceremony’s procedures only allow those above 18 years old to be representatives.

The mother of four was uncertain about attending and was about to skip the ceremony and just take the scroll from the graduate school office. However, she changed her mind after thinking about all the hard work and dedication her late husband put into completing the Masters.

“When I thought of all the struggles my late husband went through for 3 years, doing his Masters and working a full-time job at the same time, I found the courage to walk up the stage. I must do it for the sake of our children and to give them motivation and an everlasting memory of their father who seeks knowledge even at the end of his life.” 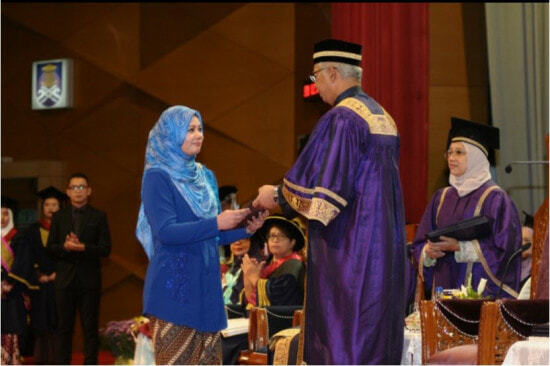 The late graduate, Syed Shahfuddin Syed Zainal Abidin passed away on 12 January 2019, only 4 days after being diagnosed with stage 4 lymphoma cancer. He never knew that he had cancer until it was too late, even though he had been frequenting the hospital beforehand. His death came as a shock for the whole family.

Syed also never told anyone except for his wife and eldest son that he was pursuing Masters. His widow reflects to mStar on how that is very characteristic of her late husband.

“He was never the person to boast about anything. He would only inform those around him about something when it is realised and not when it is still half-baked.”

Such a bittersweet moment for the family but we’re sure that the late Syed Shahfuddin’s wife and children are really proud of him. Our condolences to the whole family.

Do you know anyone who has been through a similar situation? Share your stories with us in the comments section. 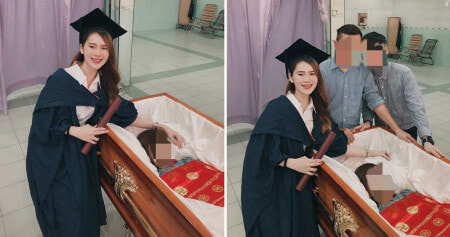