Call us old, but when we were teenagers, most of us went to lepak at the mamak near our house and catch-up on what we did over the weekend, or maybe gossip about our friends and stuff. And selfies meant super-blurry photos that looked like impressionist paintings taken on our Nokia or Sony Ericsson phones.

But honestly, can anyone really make sense of this new trend that seems to have been popping up around social media lately with teenagers? Especially with this Tweet from netizen @zulfazlirshid: 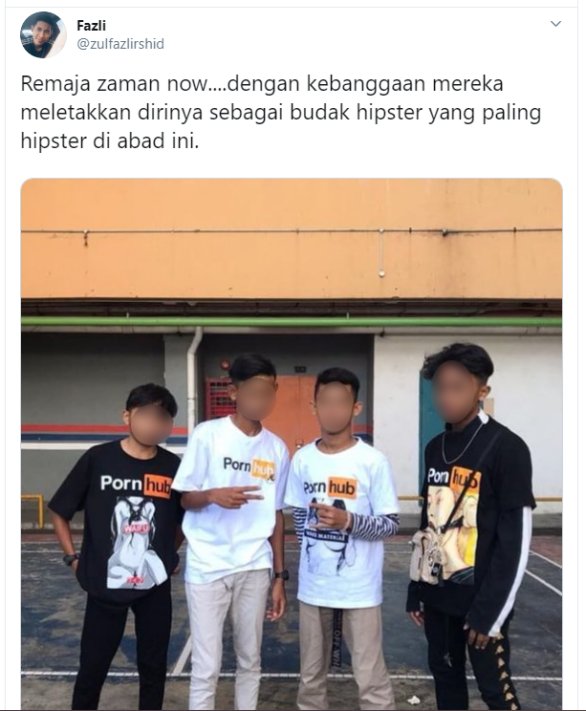 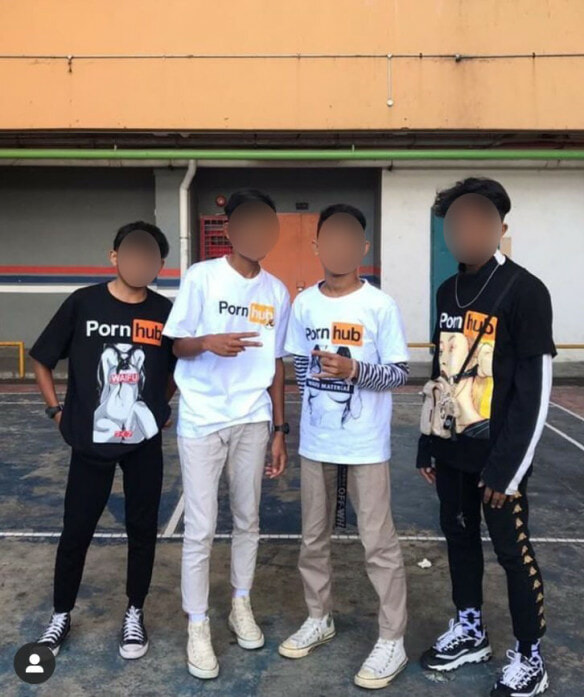 And it isn’t just them, either. Another netizen also replied to the initial Tweet with another image showing more teenage boys wearing similar shirts, bearing the famous pornographic site’s logo across the chest. 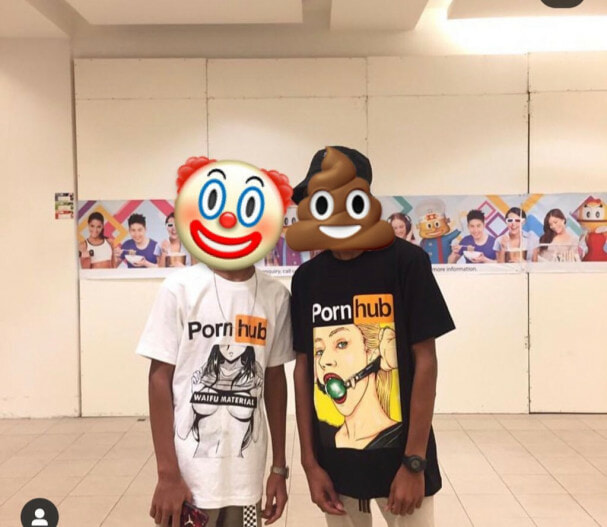 While young anarchy may be pretty appealing when you’re a teenager, we’re not too sure we think this is the best way to express it. As you can probably tell, most people online don’t see eye-to-eye with these rather obscene shirts.

“Don’t their mothers get angry when they do their laundry?”

“The shirt is already ‘dirty’ to begin with. It’s still going to stay ‘dirty’ even after you wash it.”

While we appreciate all forms of self-expression, we really do think that there has to be a line to how far you can take things! What do you guys think?