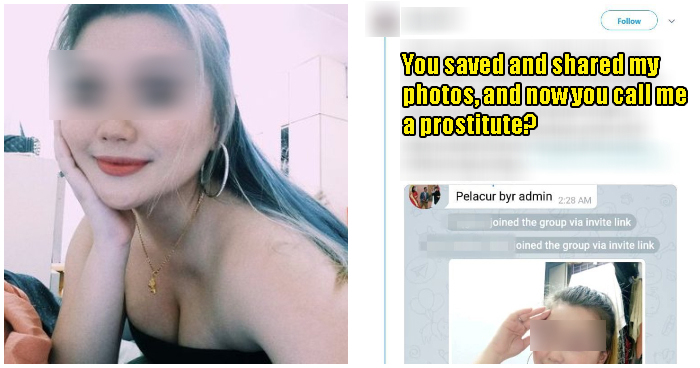 Now this just makes us sick to the stomach. A Chinese-Iban woman named Serena Ngu Qian Xing recently posted a tweet that went viral, in which she blasted a high school teacher for a) circulating her photos without her permission in a pornographic Telegram chat group, and b) introducing her as a prostitute in said group. What in the world?! 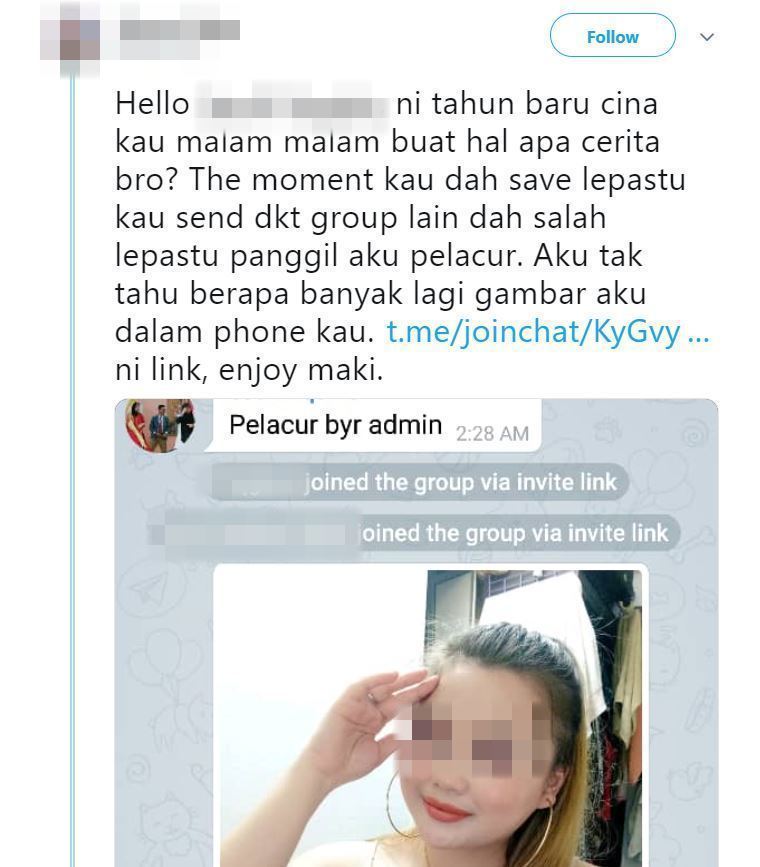 Serena was alerted about the matter when her male friend stumbled upon her photos in the chat group named Matscandal.

When interviewed by mStar Online, this is what she had to say,

“I was shocked and angry. I immediately asked my friend for the link to the group. Once I joined, I quickly discovered that it was definitely my photos in there. I started cursing in the group. The man (who had put up my photos) blocked me right away, but the admin of the group DM-ed me to tell me he had gotten rid of all my photos.”

Following that, Serena took screenshots of the high school teacher’s texts from the chat group, and uploaded it to her Twitter account. While she had only planned to blow off some steam, what actually happened next was a heavy stream of DMs from students and former students who had their own stories to tell. Yes, she was far from the only one.

“They told me the teacher is indeed gatal (perverted). They claimed that the teacher had invited them to go out before, and had even ‘touched’ them on purpose. There was even a Form 2 student who had just transferred to the school, and already she’d been approached by the teacher to ‘get to know her better’.” 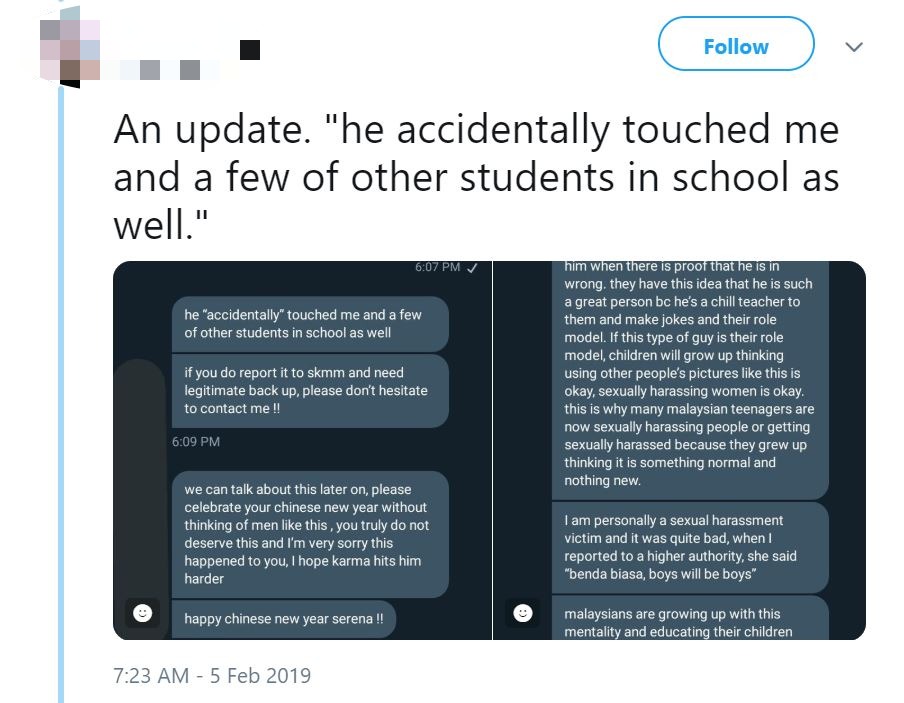 While she does not know the high school teacher personally, it is known that he had DM-ed her on Twitter a few times, although she never responded. Due to her Instagram profile being public prior to the incident, she had not even noticed when he started following her there.

She did, however, learn that the high school teacher is married with a child, and that he teaches art as well as coaches football in his high school. You never really know what the people around you are capable of.

Thankfully for Serena, she lodged a police report on February 7, and has since been informed that the teacher is under close surveillance.

This is truly a chilling incident, and one that teaches us to be more aware of our social media activities! Be sure to keep close tabs on your followers and the posts you share online, because you never know where they might end up!

Also read: 15yo Visually-Impaired Girl Almost Breaks Pervert’s Fingers After He Tried to Molest Her on Train 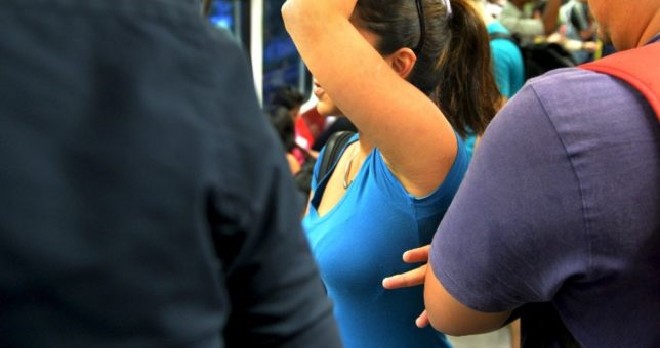