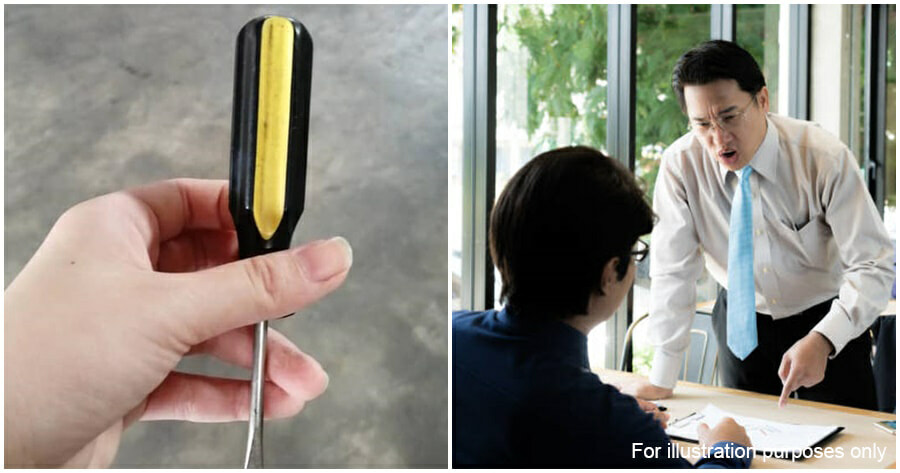 If you’re a university student, you’re probably familiar with spending your sem breaks looking for part-time work and internships. These jobs are often the first glimpse for students into the working world where good jobs are hard to find and good bosses are even harder to come by.

Unfortunately, one 22-year-old Malaysian student had to learn this lesson the hard way when he was accused by his boss of stealing a family heirloom while working a part-time job.

Due to the implementation of MCO 2.0, the student decided to take on a part-time job in his free time to help pay for his tuition fees. He found employment at a mechanic/car workshop where he was initially supposed to be paid RM2,100. Sadly, his boss only agreed to pay him RM1,500 later on. 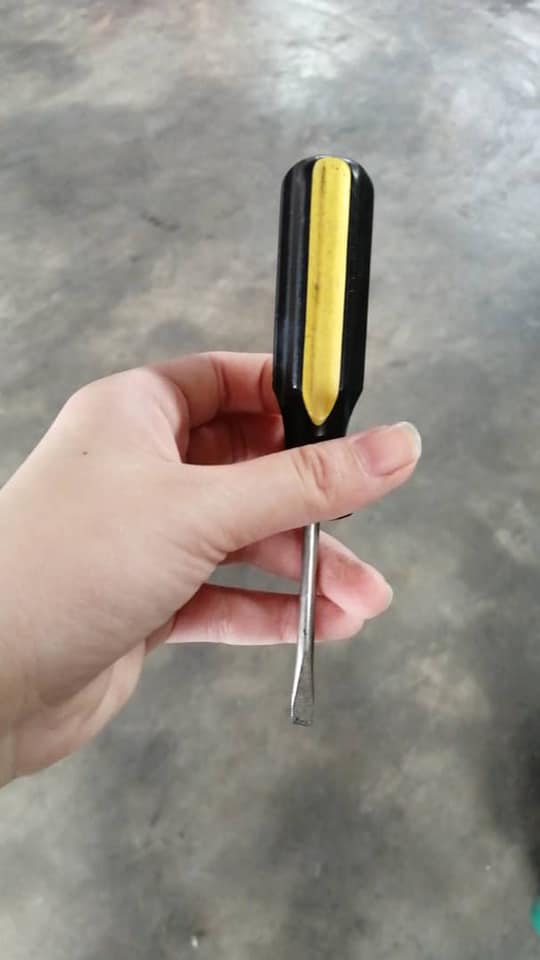 One day, his boss asked him to find a missing screwdriver that was a prized family heirloom made in the US. He said the whole set of tools costs RM1,500. The student emphasised that he never used the screwdriver before but tried to help his boss recover it. 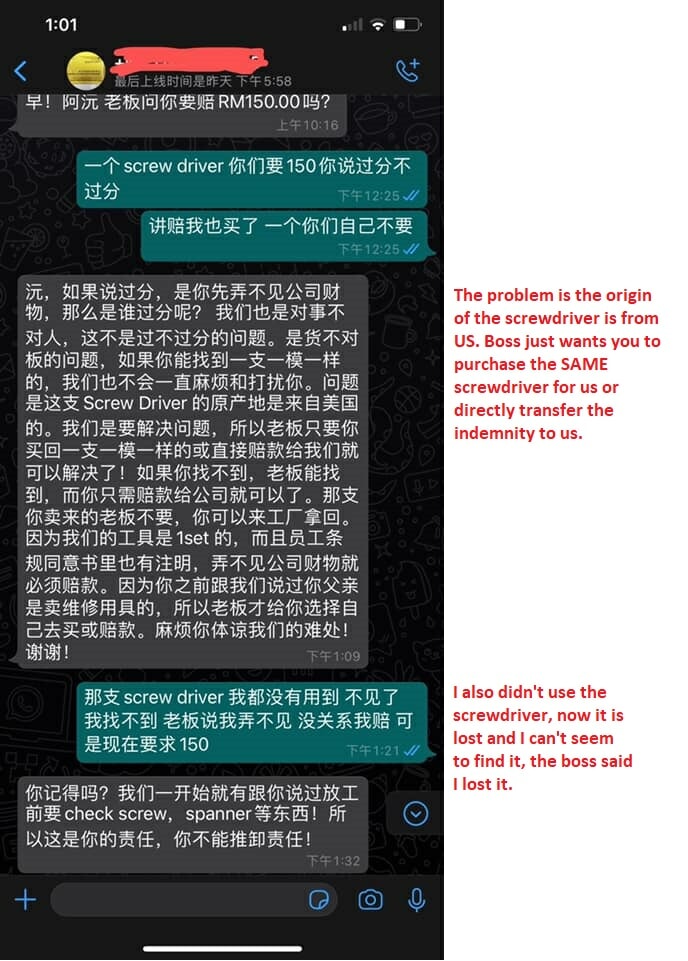 However, after searching high and low, the student said he could not find the tool and offered to buy a new one for his boss instead. His boss was infuriated and immediately asked the student to pay him RM150 for the missing tool. The student added that his boss’ wife even messaged him and threatened to take legal action if he did not comply. 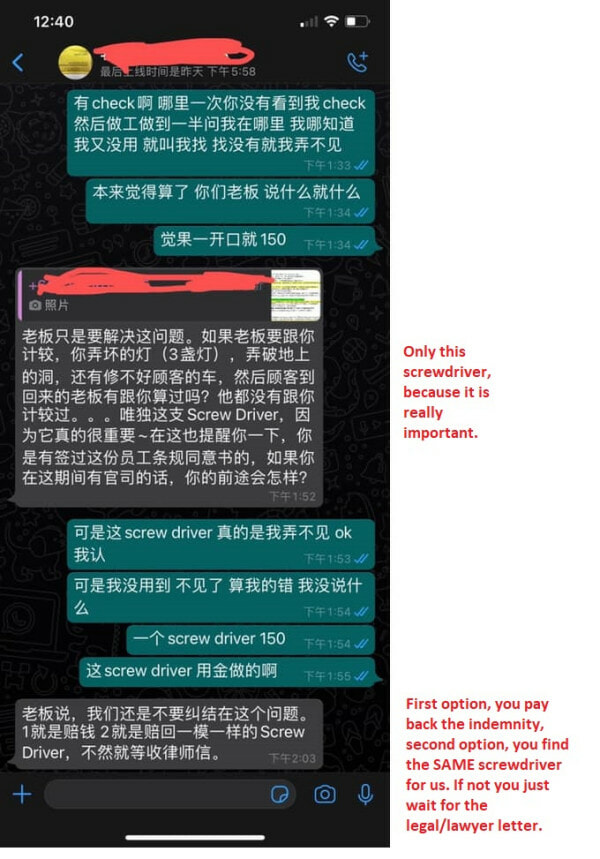 Helpless and distressed, the poor student asked if he was really at fault in this situation. He said that if it was really his fault, he would apologise to the boss and pay RM100. However, he added that he personally thinks RM150 is too expensive of a fee and they should have kept the screwdriver properly since it was so valuable to them. The boss then said that the screwdriver can’t just be bought and replaced as it was passed down to him by his father and is priceless. 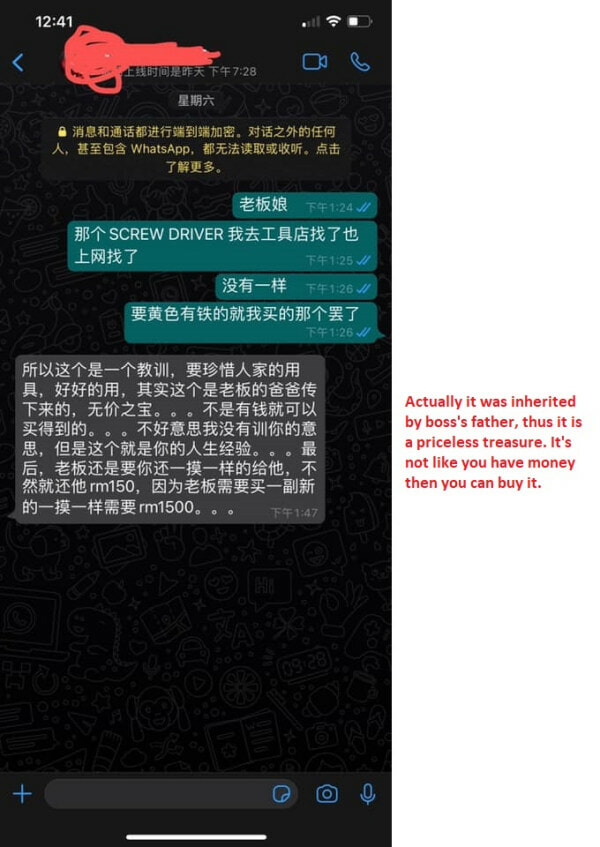 Many netizens took to the comments section to question how the boss could have lost the family heirloom if it truly was so important to him. Other netizens searched up the prices of the same screwdriver and found that it only costs around RM8. 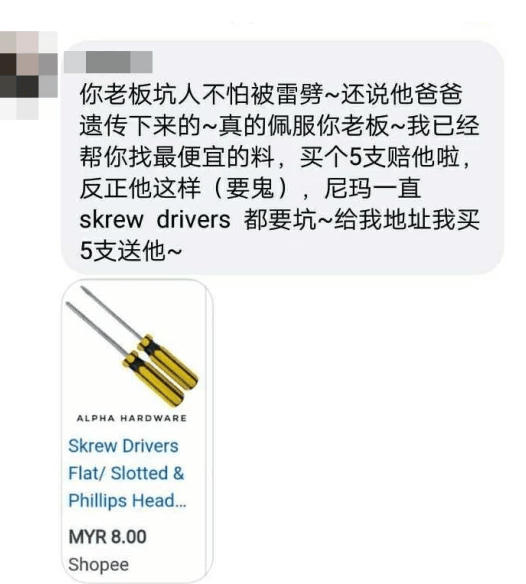 Thankfully, after some negotiation with his boss, the student updated his story in the comments section of the post and said that his boss agreed to release him from the RM150 fee and let him replace the screwdriver with an ordinary one online.

He ended his story by saying that he continued to work there for three months. However, after the incident, he didn’t dare to work for other employers and temporarily worked with his father instead. He hopes other students who take on part-time work will not face similar circumstances. 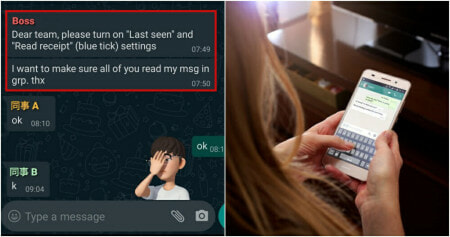