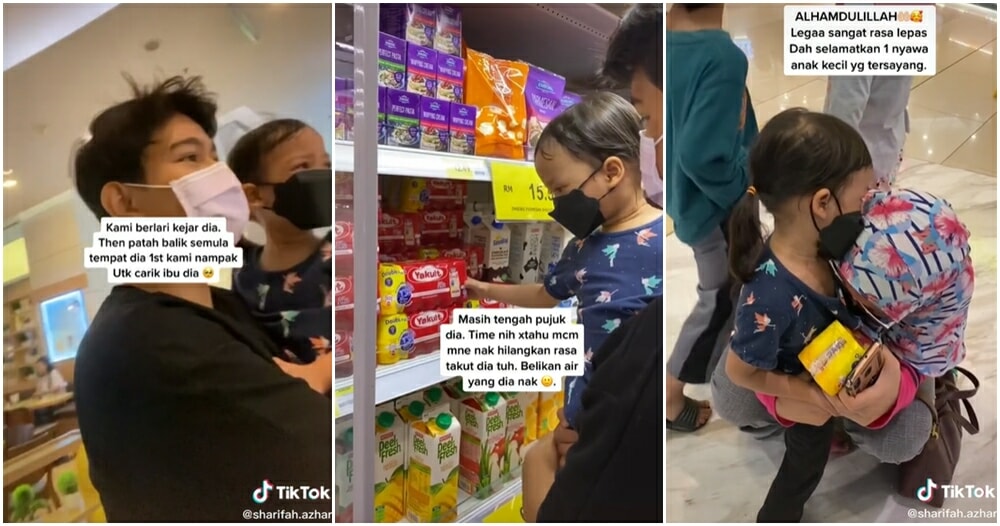 Getting lost in an unfamiliar place is not something anyone should go through, especially a young child.

On August 1, a pair of siblings were at a mall in Selangor when they found a child wandering around and crying for their mother. The video documenting their journey was uploaded on TikTok and has gone viral with 1.6 million views.

Sharifah Noorfarahin bt Muhamad Azhar, 30, a seamstress, and her brother Muhamad Qais Mukmin bin Muhamad Azhar, 17, went to a mall in Selangor after the elder sibling finished work to stock up on face masks.

After paying and exiting a pharmacy, they heard a child crying loudly while running around. The siblings knew that something was amiss, and the younger brother gave chase to the lost child. 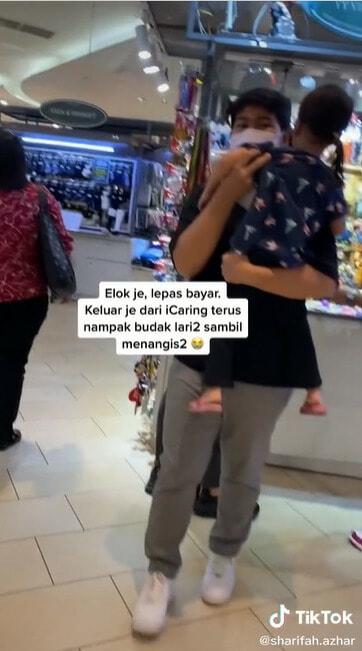 After they caught up with her, Qais carried her in an attempt to soothe her, and they brought her back to where they first spotted the child to look for her guardian.

The lost girl was inconsolable, so the siblings brought her to the supermarket and bought her a drink. After paying for it, the child calmed down and held her Yakult drink tightly. 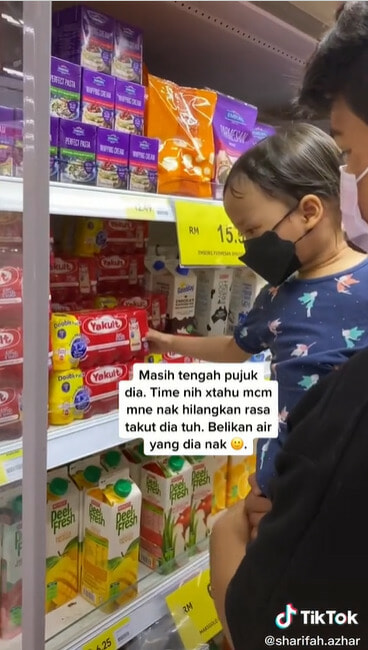 As if by a miracle, the young child spotted her mother, and vice-versa, outside the supermarket.

Breathing a sigh of relief, the mother cried tears of joy while holding on to her daughter.

At that time, Sharifah also burst into tears at the tearful reunion. In the video, we can hear the mother thanking the pair of siblings while sobbing. She also asked her child not to run around anymore after this incident. 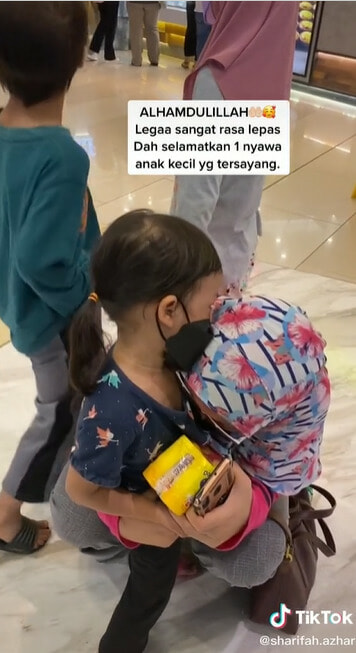 The distraught parent said it all happened in the blink of an eye and thanked the duo profusely.

Syarifah told WORLD OF BUZZ that she was very anxious when they were helping the child. After meeting the child’s mother, she became relieved.

“I was happy when we managed to find her, and we were so touched after seeing the mother hug the child and cry.”

The seamstress said that the one who played the prominent role was her brother, who deserves the credit. 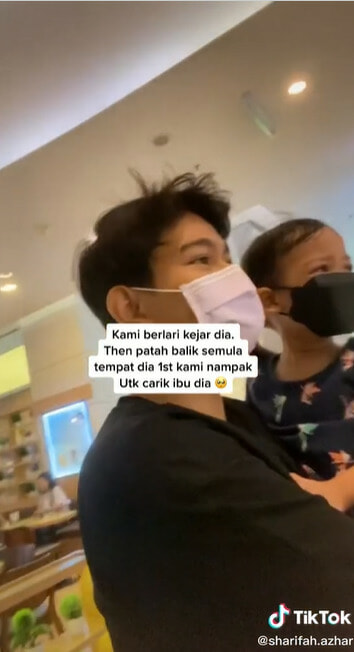 Netizens were all very thankful to the pair of siblings for extending their hand to a helpless child. However, some have said that next time, it would be better for people to go to the customer service booth or a security guard so that they can help make an announcement via the mall’s intercom system.

Nonetheless, the sibling duo has done a good deed, and we thank them for that. 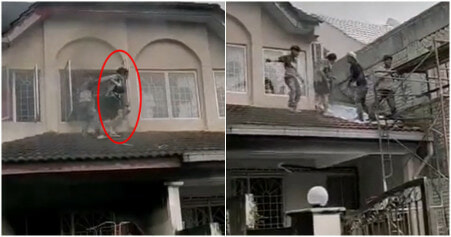