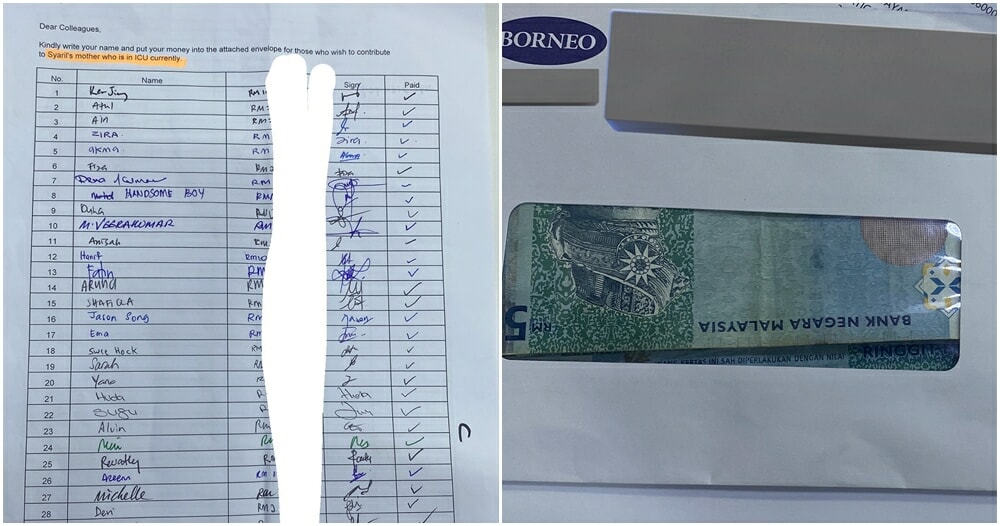 After the elections, many were pointing their fingers at others, creating unrest and fear in the community.

To spread positivity, a Malaysian has taken to Twitter to share his tale of 1Malaysia that took place recently.

Look at what my company did to me while im not in the office and balik sabah jaga my mom due to stroke.

Thanks for the Doa and wishes.

Syahril, 29, is an admin at a company in Shah Alam and on 10 November, he received a call from his family members telling him that his mother suffered a stroke and is in the ICU.

He quickly made all the necessary preparations and flew back to Sabah to be by his mother’s side. He managed to reach the hospital at 7pm on the same day.

Syahril would stay in Sabah for about 10 days and make the trip back to Shah Alam on 21 November.

The next day, Syahril went to the office to catch up on the work piled up. When he was busy, his boss came over and gave him a thick envelope with a sheet of paper full of names. 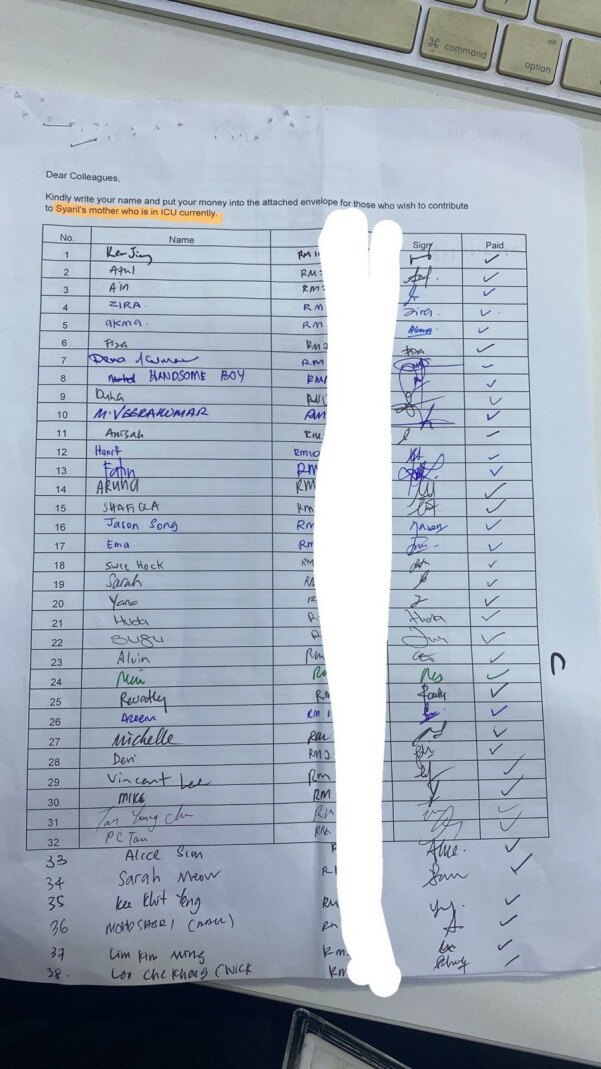 It turns out that his colleagues were pooling money together in order to help Syahril out when he was facing tough times!

The sheet of paper had more than 30 names of people from different races. Syahril says,

“Race is just race, but kindness? Thanks for the Doa and wishes. I hope that Allah will bless you guys.”

Speaking to WORLD OF BUZZ, Syahril adds that he had no idea that his colleagues were gathering money to help him financially and he is ever-grateful for them. 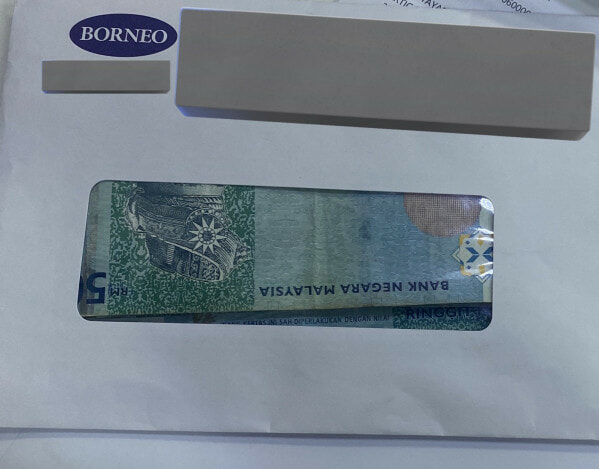 When asked about the condition of his mother, he says, “she’s better now despite having the after effects of a stroke but she’s gonna be okay.”

With this, he hopes that everyone can continue to be nice and kind towards each other!

Well, this is certainly a lovely gesture by his colleagues. We hope that Syahril’s mother will take her time and recover to become stronger than before.

Do you have your very own story of receiving unexpected kindness? Let us know in the comments!

Also read: DSAI’s Team Provides Portable Toilets Outside of His Office, Much to the Relief of Media Friends 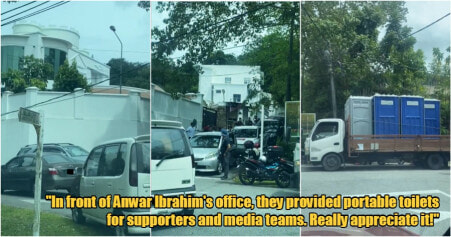