We’re all aware of all the different types of online scams there are, including scam calls from “PDRM station” phone numbers as well as shopping scams.

But it seems that some scammers have taken it to the streets.

TikTok user Adrian, recently shared his experience in having to deal with 3 different scammers at the Merdeka MRT Station whilst he was waiting for his train to go to Bukit Bintang.

In a TikTok which has gone viral, Adrian explained that the incident happened on 2 March at 2:38pm. 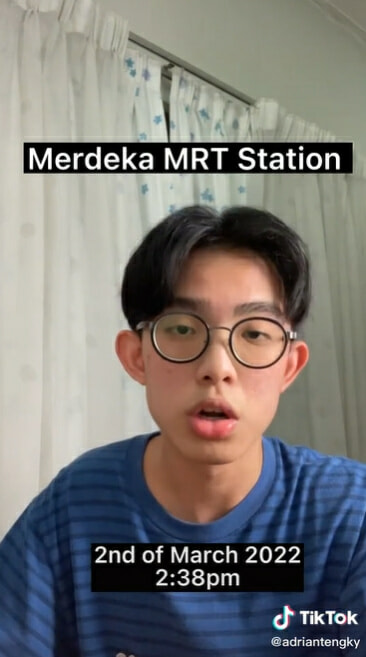 He explained that 4 minutes before the train arrived, a Chinese uncle approached him and asked if he spoke Chinese.

“I assumed that he needed help with directions so I said yes. He started telling me that he got scammed by his friend and had no money on him and asked me if I could spare him some money to buy a bus ticket back to Johor.”

“I said sorry I don’t have money with me and I never lend cash to anyone, even my closest friends,” added Adrian.

The man then had the audacity to ask Adrian to go to an ATM with him to get cash. “I thought he had an ATM card with him, and didn’t know how to use it. But it turns out he was directing the question towards me, asking me to go to a nearby ATM to get money for him.” 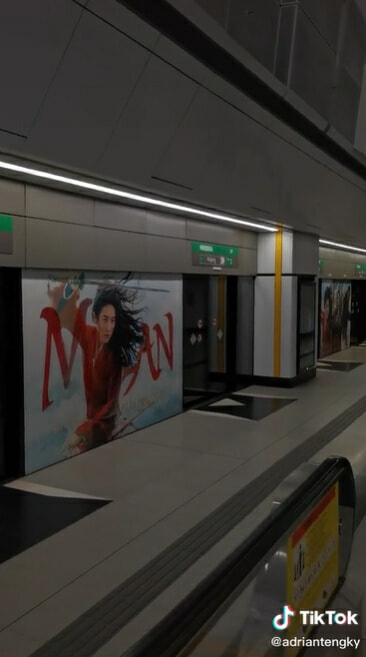 Whilst in the middle of their conversation, 2 minutes before the train arrived, another man approached him and told him something similar.

“Feeling threatened as there were 2 strangers, I immediately left the area and went to the other side of the platform. I tried to notify the police or any staff, but there was literally no one.”

Just when he thought that it was over, 1 minute before the train was due, an Indian man approached him. “I was like ‘no way this is gonna happen again’. He came to me, asked how to go to Nilai, I then roughly told him how to get to KL sentral.” 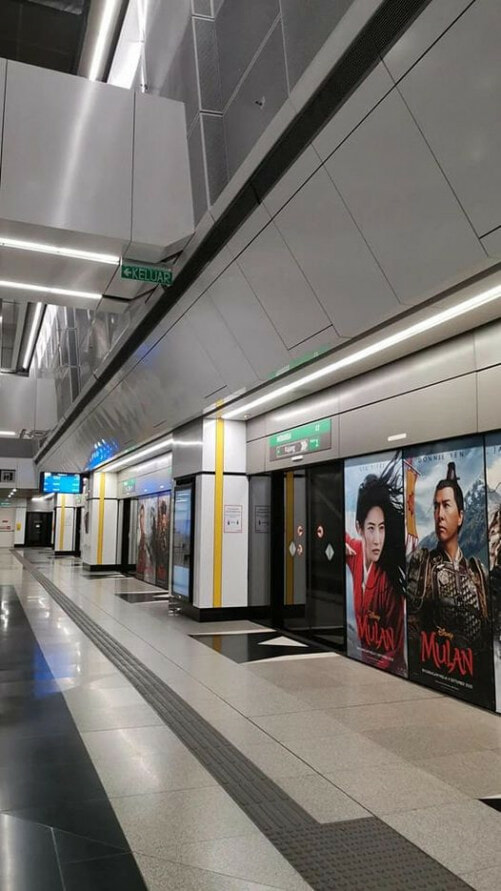 “He then asked me if I could lend him RM20. The train arrived just in time and the moment the doors opened, I ran onto the train,” he said.

“One person tried to scam? Fine. But there were 3 people asking me for money in the span of 4 minutes, on MRT Merdeka station. Are you telling me this is a coincidence? RapidKL where is your security?”

RapidKL have gotten in touch with him

Speaking to WORLD OF BUZZ, Adrian said that he had informed a RapidKL staff about what happened.

“On my way back home, since I had to transit at Merdeka MRT station, I decided to go to the customer service counter and tell them about the incident to see if they were aware about the incident. The staff who was listening, seemed surprised, meaning that the Bukit Bintang staff did not inform them.”

Adrian also revealed that RapidKL’s Special Action Team (SAT) has gotten in touch with him. “The current update is that the SAT team is retrieving the CCTV footage of the incident and will keep me up to date.”

Adrian’s video has amassed over 91,600 views. Plenty of netizens shared similar experiences they have faced at stations and urged RapidKL to level up their security at stations.

Meanwhile, Adrian told us that he is merely trying to spread awareness and not spread any negativity towards RapidKL.

“RapidKL has to step up their security at all stations. How can 3 people try to ask for money from me within 4 minutes. Clearly there is an active syndicate finding targets within the vicinity of their property.”

“There should be at least someone at all stations to monitor the public and be on the lookout for any potential issues. At least when there is someone on the platform, the public will feel much safer as there is someone to report to just in case,” he added.

We hope that RapidKL will find the suspects and enhance security measures at their stations.

Have you experienced something similar? Let us know in the comments. 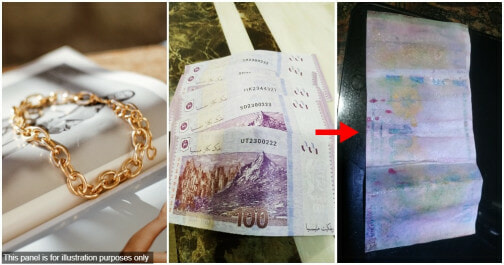