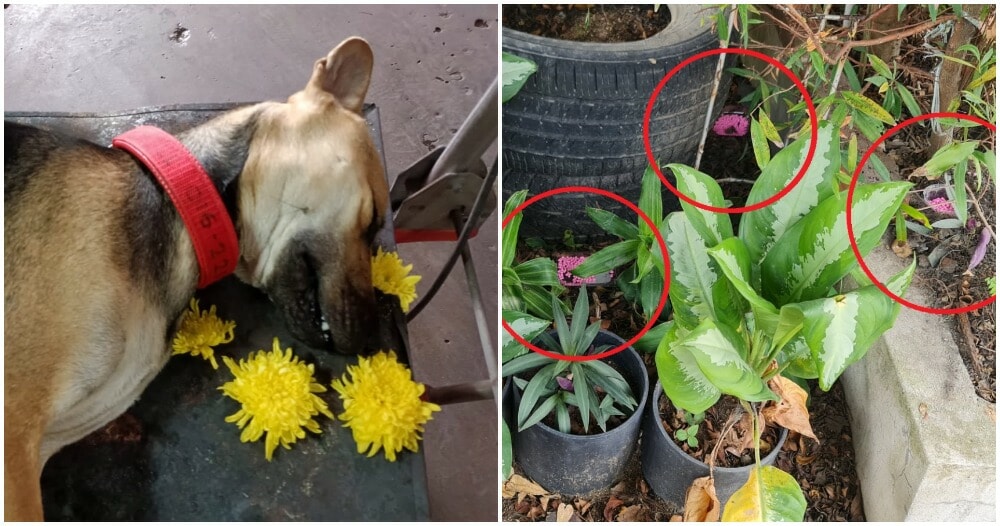 A pet is definitely a great addition to any family as they bring joy to people’s life.

However, there have been many cases of pets being poisoned by strangers or random neighbours these days, so a pet owner by the name of Ewan Wan has shared what you can do if you suspect that your pet’s death is unnatural.

Speaking to WORLD OF BUZZ she says,

“I’m sharing my story to educate the public on what to do when something like this happens.” 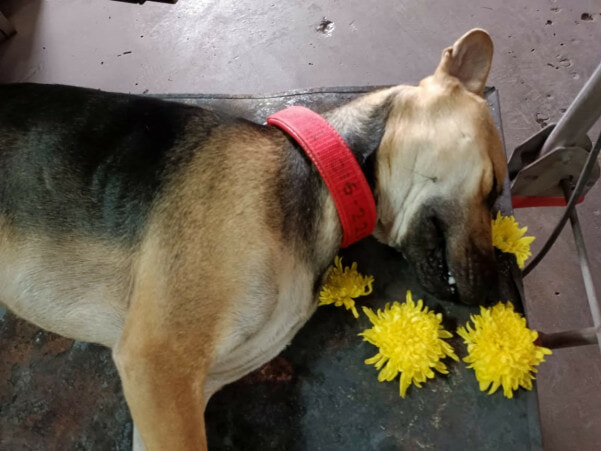 This comes after Ewan’s dog, Chili was poisoned to death in December 2021.

What you can do for your deceased pet

Ewan said in her Facebook post that one can actually make a police report if they believe that their pet’s death may have been caused by external factors such as poisoning.

When they were reporting the case, the officers said that simply killing animals such as strays is actually a crime and those who are witnesses to that can report it to the police. 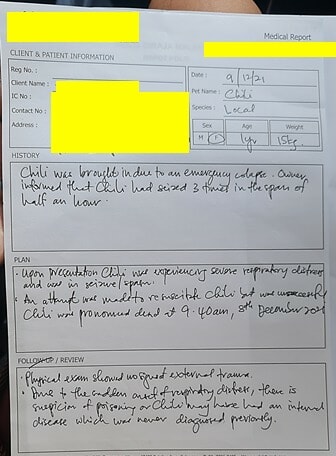 Speaking from personal experience, Ewan said that you would need to send your pet’s corpse for an autopsy to get a forensic report as proof.

“Don’t try to settle it privately, get justice for your pet!”

With that, you can make a police report and wait for the authorities to do their work.

The story of Chili’s death

On 8 December, Ewan and her husband brought their dog Chili to a park for a walk. Less than 10 minutes in, Chili had a seizure and fell to the ground.

The couple immediately took the canine to the nearest veterinary clinic. On the way there, Chili suffered another 2 seizures which caused her to scream in pain and foam at the mouth.

When they finally got to the clinic, the vet said that Chili was dying.

“I watched Chili slowly lose consciousness and her heartbeat weakened.”

The vet tried her best to save the dog but after 10 minutes of CPR, Chili passed away with her mouth and eyes open.

Feeling suspicious, the vet asked if Chili had any medical history of seizures. When she got to know that the dog had no history and went for monthly checkups, she deduced that Chili had been poisoned that morning. 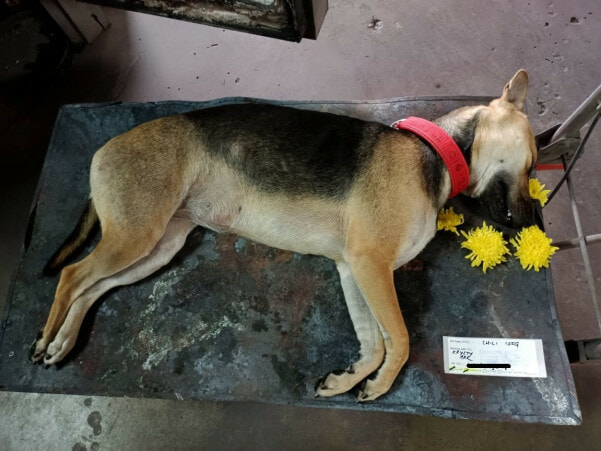 As they did not know what to do, they cremated Chili’s corpse and got a medical report from the vet the next day.

When they got home after the cremation, the couple looked through the neighbourhood to see what Chili might have eaten.

They found 3 containers of pink poison hidden behind some plants in the area between Ewan’s house and their neighbour’s house.

Later that night, the police came to their house and took away the “poison”.

Thinking back, Ewan said that her pets in the past 20 years have always had a very unnatural death and this led her to believe that her neighbour purposely put out the poison for Chili to eat.

“I really don’t understand how can someone be so cruel to poison and kill an innocent and harmless animal.”

“Chili never barks or urinate everywhere. Almost anyone who has seen Chili will love him and we have never done anything to offend the neighbours.”

The investigations have been going on for a few months and there is currently no news from the authorities. Ewan hopes that this will get it rolling again so that they can catch the perpetrator.

“We wanted Chilli to enjoy her life slowly by our side but she was poisoned and died a painful death.”

“Being kind to animals comes at no expense. You can choose to not love them, but don’t hurt them!”

RIP Chili. May she rest in doggo heaven.

Also read: Here’s Why You Should Visit Pet Shelters Instead Of Fancy Pet Cafes 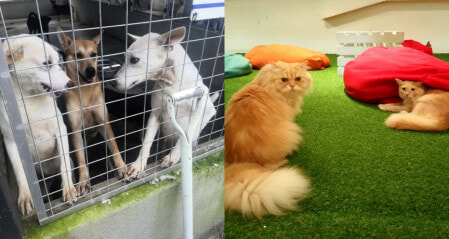