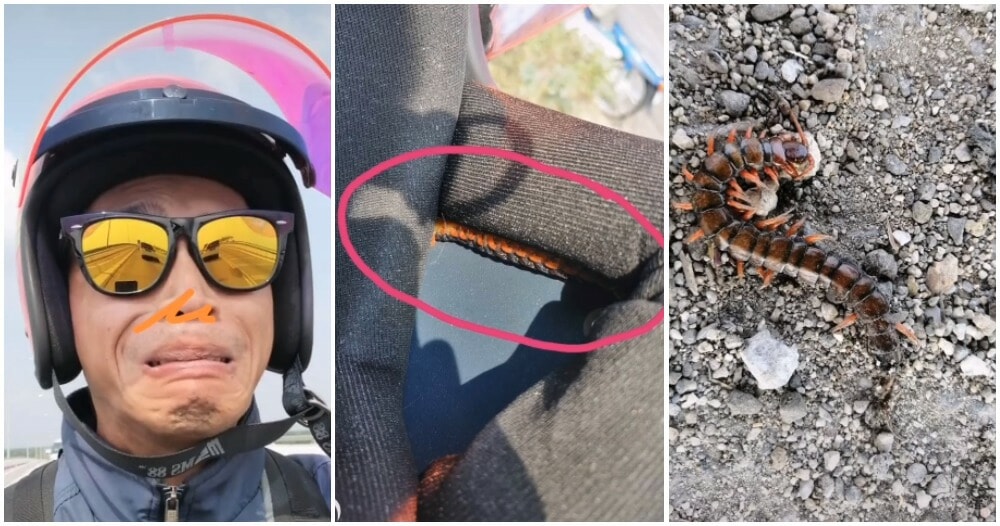 For motorcyclists, it is a norm to leave their helmet by their motorbike so that it is easily accessible whenever they start their vehicle.

However, one Malaysian who wants to be referred to as Wak Sarep posted about a scary experience he had with his helmet on TikTok.

In the video, Wak Sarep found a centipede in his helmet and he only realised it when he was wearing it.

Speaking to WORLD OF BUZZ, Wak Sarep said that he was on the way back to Manjung, Perak. Around 40 minutes after he started his journey, he felt something move near his ear. As it was bothering him, he stopped at the roadside to check. He gave a quick glance at his helmet and saw nothing. However, a thorough check that was done by looking through the helmet’s padding showed the culprit. There was a centipede hidden inside the layers of padding of the helmet! 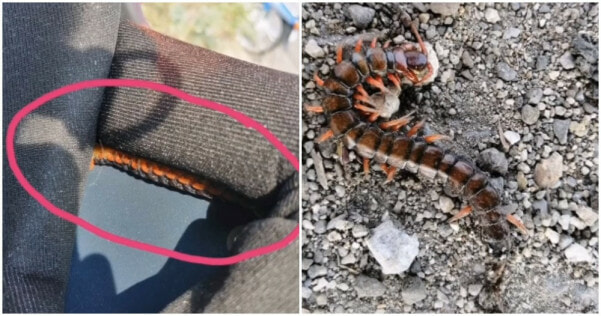 He quickly disposed of it and continued on his way to Manjung.

“I hope that all riders will check their helmets before wearing them just to be safe!”

We’re glad that nothing happened to him! Other than checking helmets, one should also check their shoes before wearing them. Who knows what creepy-crawlies find their way into ou

Also read: “This is the Musang King” M’sians Respond To Man Who Found Dead Fox Carcass In Ceiling 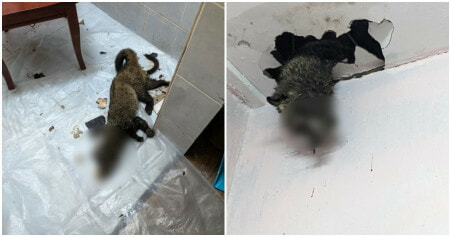