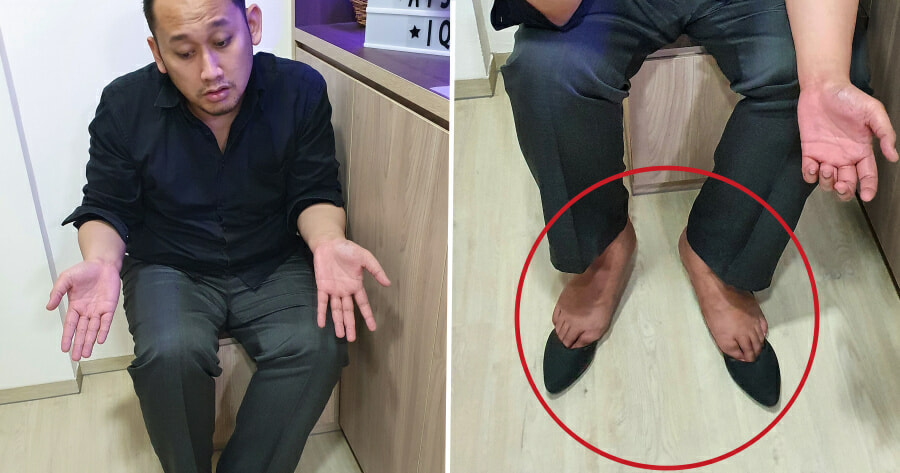 Radee Ibrahim decided to do EXACTLY what his wife requested after they had an argument and took to Facebook to show it. He literally put his feet into his wife’s shoes she asked him to “put himself in her shoes” after they had a fight! 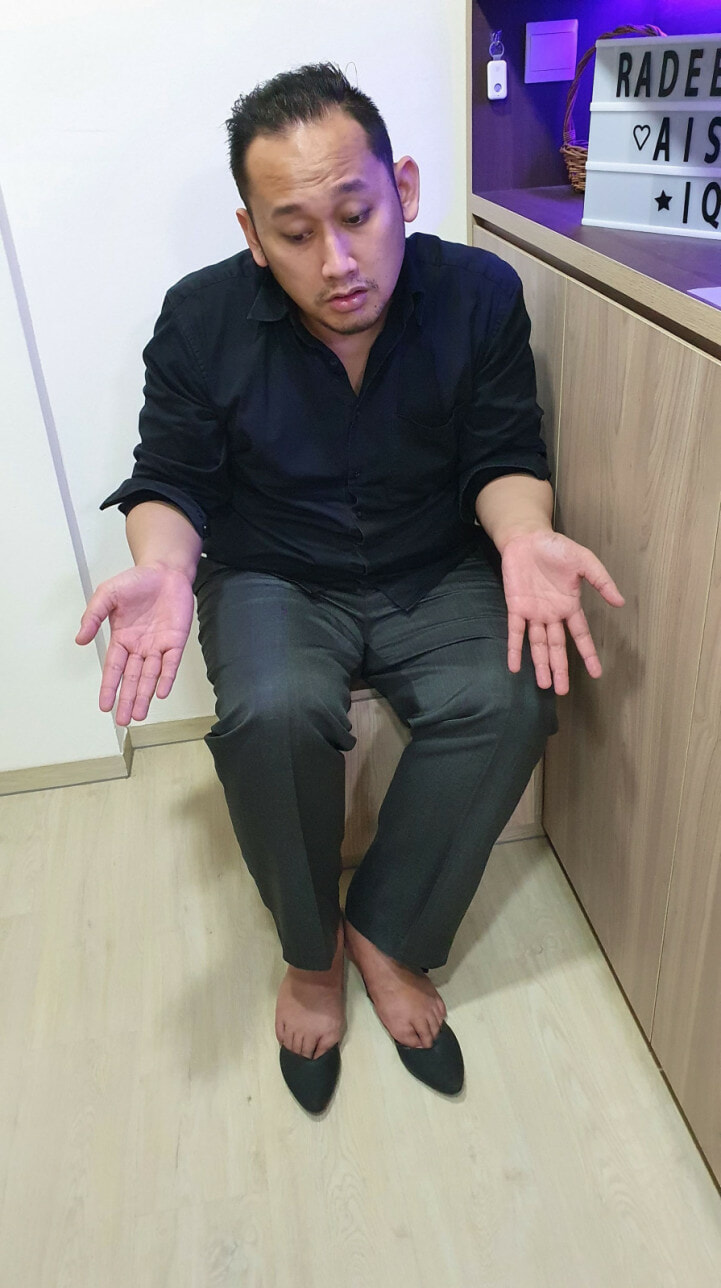 In his post, Radee shared that he had argued with his wife and she told him to “put himself in her shoes.” Obviously, she meant for him to put himself in her circumstances. However, when he directly followed her request (and literally tried to fit his feet into her shoes), his wife still scolded him. 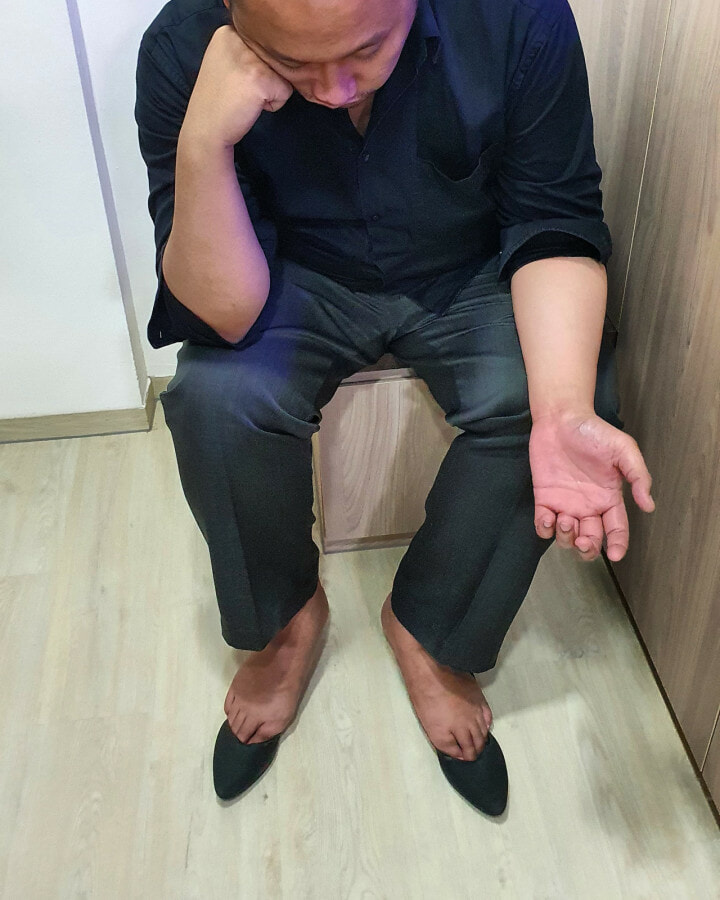 As you can see from the images shared, his feet definitely couldn’t fit into his wife’s shoes.

While we find this post hilarious, we have to give props to Radee for coming up with such a creative way to keep the sparks going in a marriage, especially when fights happen. It was really sweet of him, I bet his wife smiled after seeing what he did.

Kudos to Radee for sharing a pretty effective way for the netizens to calm their wives down during arguments. Let us know what you guys think of this story in the comment section!

Also read: Couple Chained Themselves Together For 3 Months As An Ultimate Test Of Their Love 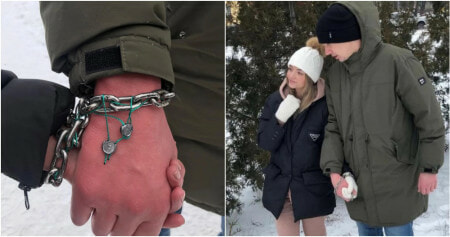