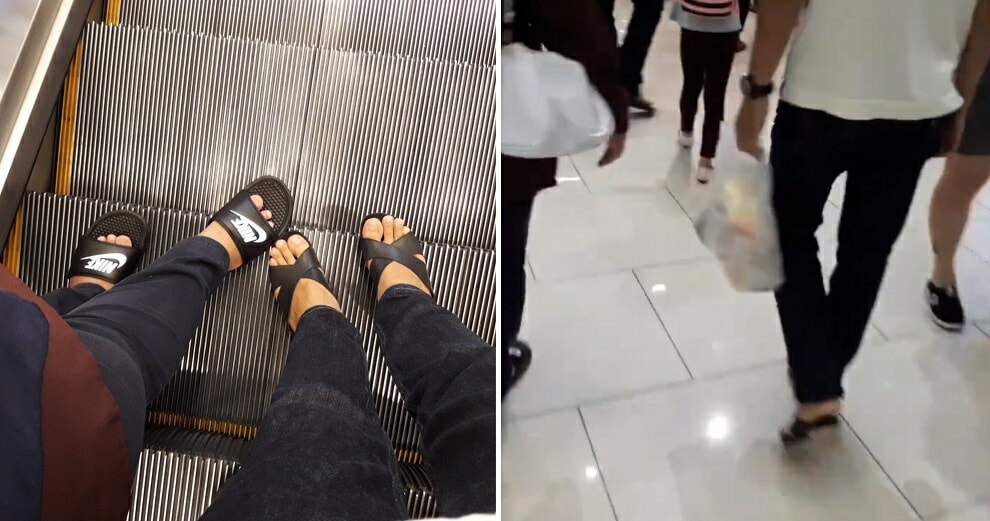 In a tweet that recently went viral on 7th June, user @AmrulFrdaus shared how he recently helped his mother when they went out shopping in a mall. The tweet has since garnered over 26,000 retweets.

“My mother’s feet began to hurt because of the heels she was wearing. To summarise, I love my mum.”

The 23-year-old Twitter user told WORLD OF BUZZ that this happened on the first day of Raya (6th June) when they were visiting Queensbay Mall in Penang. His mother began feeling pain in her feet. He told us,

“I really didn’t expect to wear my mum’s high heels. I only did it because she told me her feet were aching and at that time, I didn’t really see a nearby shop, so I decided to swap my sandals with her high heels.”

“I actually wanted to buy her a new pair of shoes but my father was rushing at that time, so I didn’t get her a pair.”

This is reportedly the first time Amrul has ever worn heels.

Aww! What a heartwarming gesture for a son to show his beloved mother! What do you think of this story? Let us know in the comments section! 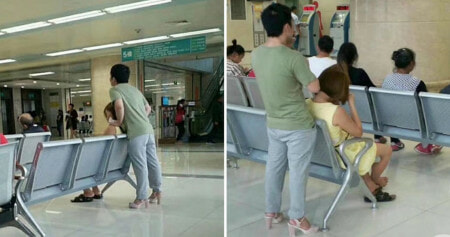