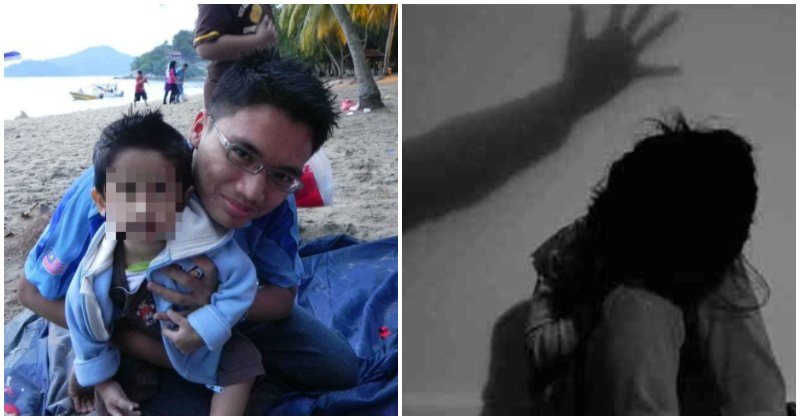 The Malaysian internet stood still after news broke at the fact that Nur Fitri Azmeer Nordin, the math whiz who was arrested in while studying in London for possession of over 30,000 pornographic videos and photos of children and his involvement in the production of the vile videos, had been secretly brought back into the country.

Though many were outraged, not at the fact that he had been allowed back into the country with such secrecy, but because there are netizens who are actually defending Fitri, saying that he deserves a second chance after police personnel in the UK had described the videos to be the ““most extreme material they have ever come across”.

Following that, Don’t Touch Me (@heydahyun) took to her Twitter account to share her experience encountering a pedophile when she was 10-years-old and how it had effected her life subsequently after, up until adulthood, in an effort to show the netizens who are defending Fitri why they are wrong.

Tak sangka aku banyak pedophile apologist & enablers rupanya kat muka bumi ni. I hate yall but I don't wish any harm come to you. Just let me tell you a story of how my life is ruined for LIFE bcoz of pedophile

Don’t Touch Me wrote, “I didn’t expect that there would be so many pedophile apologists and enablers on this earth. I hate you all but I don’t wish for any harm to come to you. Just let me tell you a story of how my life completely ruined because of a pedophile.”

It all began when she decided to go with her mother to the nearest grocery store to stock up the kitchen. She had noticed that the grocery store’s surroundings were somewhat quiet and dark, but she didn’t think much of it.

She followed her mother down the aisles as her mother picked out items that they needed, but eventually Don’t Touch Me wandered off to look for snacks of her own. After walking around by herself, she found herself back at the front of the store looking for her mother when a man walked towards her.

“I glanced at him and noticed that his eyes were stuck on me as he walked in. The moment we bumped shoulders, do you know what he did to me, a 10-year-old kid? He rubbed my private part and made penetrating actions for about 2 seconds. He then continued to walk into the store like nothing happened,” she explained.

That day changed Don’t Touch Me’s life forever as she completely lost trust in men, and she was constantly uncomfortable being around them for the fear that it may happen again. The worst part was that she was disgusted at herself for what he did to her. 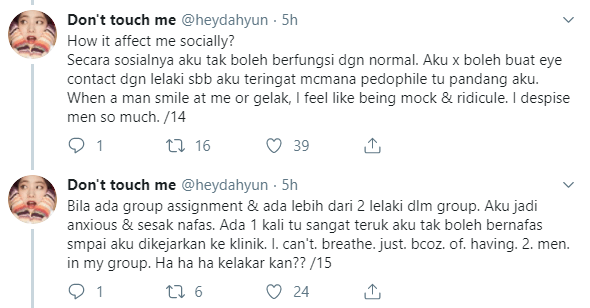 “Socially, I couldn’t function as normal. I couldn’t make eye-contact with men as it reminded me of how the pedophile had looked at me. When a man smiles at me or laughs, I feel like I’m being mocked and ridiculed. I ended up despising men so much,”

“When I had group assignments and had more than 2 guys in my group, I became anxious and could not breathe. There was once, it became so bad that I had to be rushed to the clinic. I could not breathe because of the fact that there were 2 men in my assignment group. Isn’t it funny?”

“Thanks to the pedophile, I will never be able to get married and have a normal life. It’s impossible because it’s affected my mental health. The trauma was so bad that it changed my life completely. Even my career path had to be changed,”

“Because a lot of jobs required me to socialise with men, I quit because I couldn’t take it anymore. I started an online business and finally, my mind was at ease.”

Don’t Touch Me then sympathised with kids who had been raped and were and probably still are manipulated by pedophiles.

“My heart goes out to all these children that have become victims of these monsters.”

She ended her thread with a final message to those netizens out there that feel bad for and defend pedophiles.

“The reason why I’m writing this thread is to open the eyes of those pedophile apologists, to show them why pedophilia is the worst crime of all. There is no redemption for them. They shatter children, destroy their lives and the best place for pedophiles is in prison where they can rot forever.”

Strong words from a strong woman who had to carry such a heavy burden for so long. The reason as to why she chose to speak up is to ensure that netizen’s sympathy is directed in the right direction, which is the kids who had to experience the vile things that these pedophiles put them through.

Don’t Touch Me’s posting has since garnered over 2,200 retweets.

Do you still think people should sympathise with Nur Fitri? Sound off in the comments section.

Also read: Pedo Pakcik Who Masturbates Into 14yo Daughter’s Panties Worried Semen Will Impregnate Her 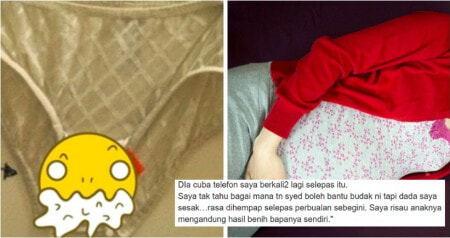