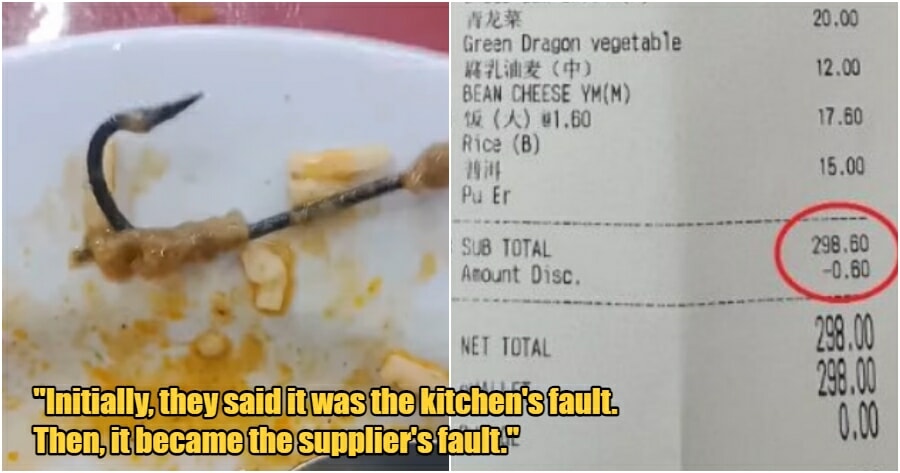 Cleanliness is not the only thing customers need to look out for before dining in, as whether or not the food is safe to consume must also be considered.

Recently, a woman in KL nearly found her life in danger after finding a dangerous item in her curry fish head.

The woman visited an unnamed restaurant with her family & it was an ‘unforgettable’ meal when she spotted a giant fishing hook in the fish itself! 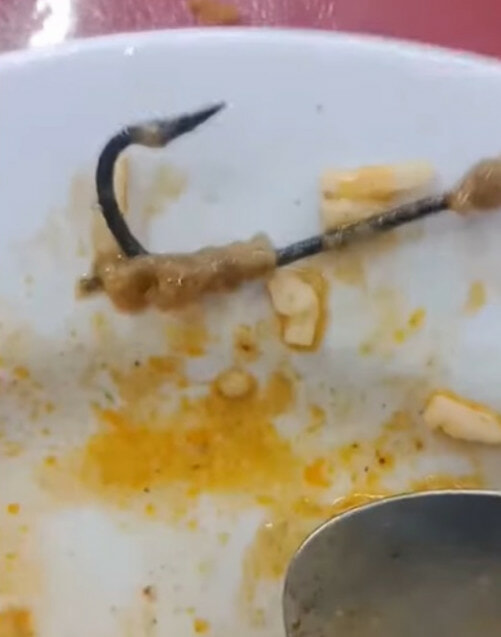 We cannot imagine the pain they would’ve endured if any of them had bitten on the fishing hook, but fortunately, none of them sustained any injuries.

The woman immediately highlighted the matter to the restaurant manager, but the response was not what they expected.

“Sorry, but it’s the supplier’s fault.”

Before the manager was asked to look into the matter, one of the restaurant’s waiters claimed that it was the kitchen’s fault.

When it came to the manager’s attention, he refused to take any responsibility. He told the customers it was a blunder from the supplier’s side.

However, he then apologised for the matter and eventually gave the family a discount of 60 sen off their total bill of RM298.60. 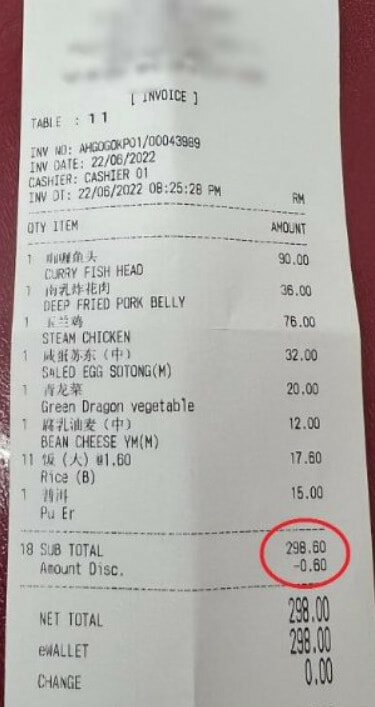 According to Sin Chew, the woman is dissatisfied with how the restaurant handled the discovery of a fishing hook in their meal.

“It was the kitchen’s fault at first, and then it became the supplier’s fault. My dad did not bite on the fishing hook, but what if it was served to others?”

This is not only unsanitary but also dangerous as it could’ve led to severe injury. Despite the apology and the 60 sen discount off the total bill, was it enough to compensate for the bad dining experience? 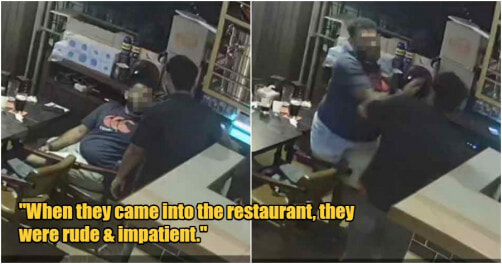