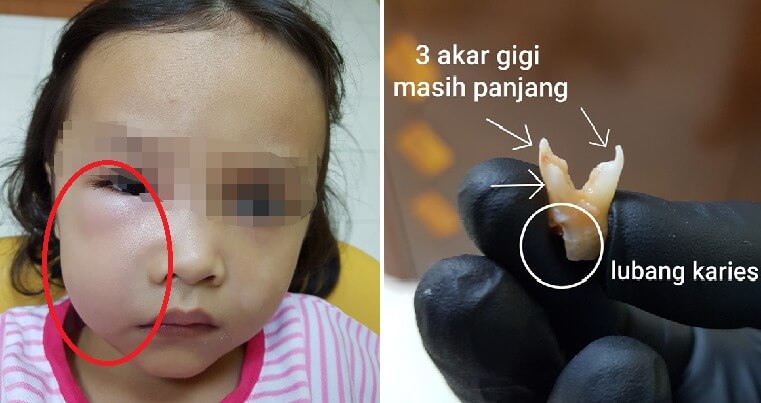 Taking care of your oral health no matter how old you are is really important and for children who don’t know better, they simply love to eat sweet stuff, which is really bad for their teeth. Parents need to be strict and make sure that they do not overeat as it is also bad for health.

Recently, a dentist known as Dr Azila Mohd Kasim shared her experience treating a five-year-old girl who had such severe cavities from poor dental hygiene and eating sweets and sugary food that she was in danger of contracting a life-threatening infection. She said the mother of the girl approached her in the car parking lot previously and asked her to treat her daughter. Dr Azila was shocked when she saw the little girl and immediately brought them up to the clinic.

That’s because the five-year-old had a seriously swollen face on one side due to her teeth and Dr Azila was the third dentist that the mother had visited. The mother said that three days ago, her little girl had a toothache and brought her to the first dentist who explained that one of the girl’s teeth had a huge cavity which had hit her nerve. 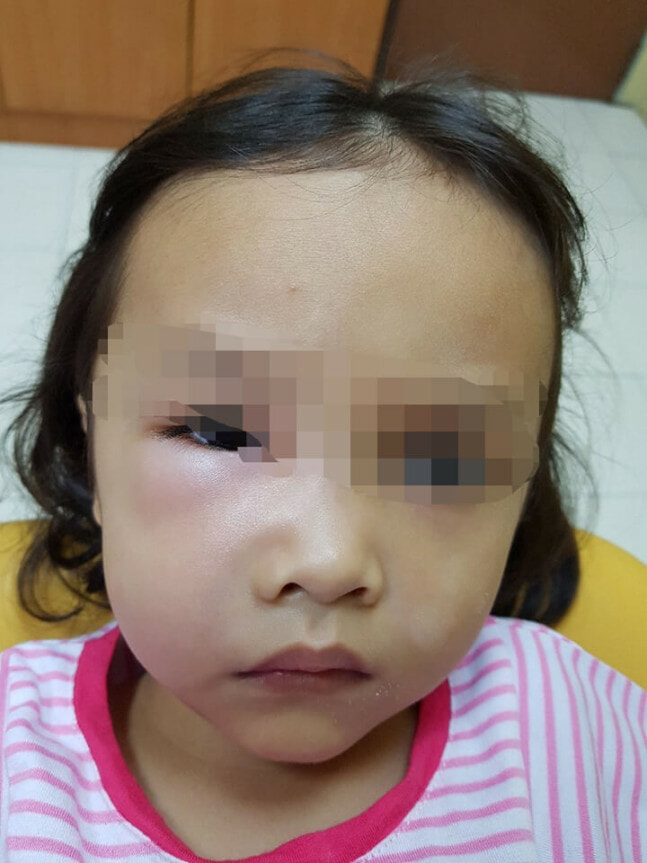 The girl needed a pulpotomy to remove the infection but the dentist said he did not perform this procedure on kids and prescribed antibiotics and painkillers, Amoxycillin and Paracetamol instead. The mother brought her daughter to another dentist the next day for pulpotomy but again, he did not do it for her but instead prescribed another antibiotic, Metronidazole.

However, that night, the little girl’s face got so swollen she couldn’t even open her right eye. Dr Azila said that this was facial cellulitis, which means an infection of facial tissues, and the dentist immediately began treatment. All other medicines were stopped as the dosage was not right and she prescribed new medicines to stop the infection from spreading. 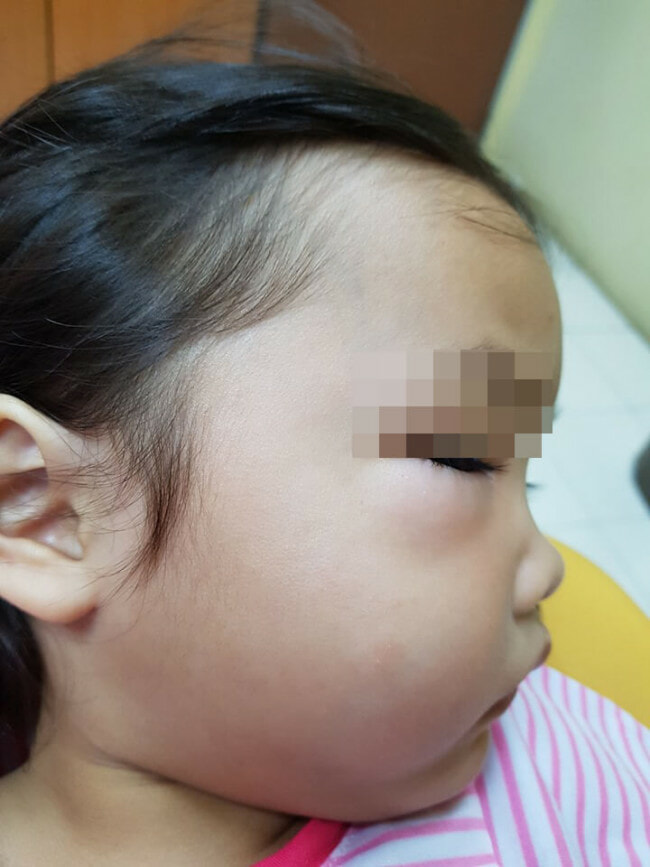 After three days of eating the medicine, luckily, the swelling went down and Dr Azila could extract her rotten tooth. She said, “I extracted the tooth because there was where the infection started and I don’t want the same thing to happen because it can be fatal. Swollen gums mean there’s an infection and this bacteria can actually spread to the brain and cause sepsis.”

“Sepsis can be deadly and is spread through the bloodstream. Sepsis occurs when the body’s response to these chemicals is out of balance, triggering changes that can damage multiple organ systems which can lead to death. When a tooth infection happens, the bacteria can spread to the tissues or bones around the tooth which can also be passed to other parts of the body,” she explained. 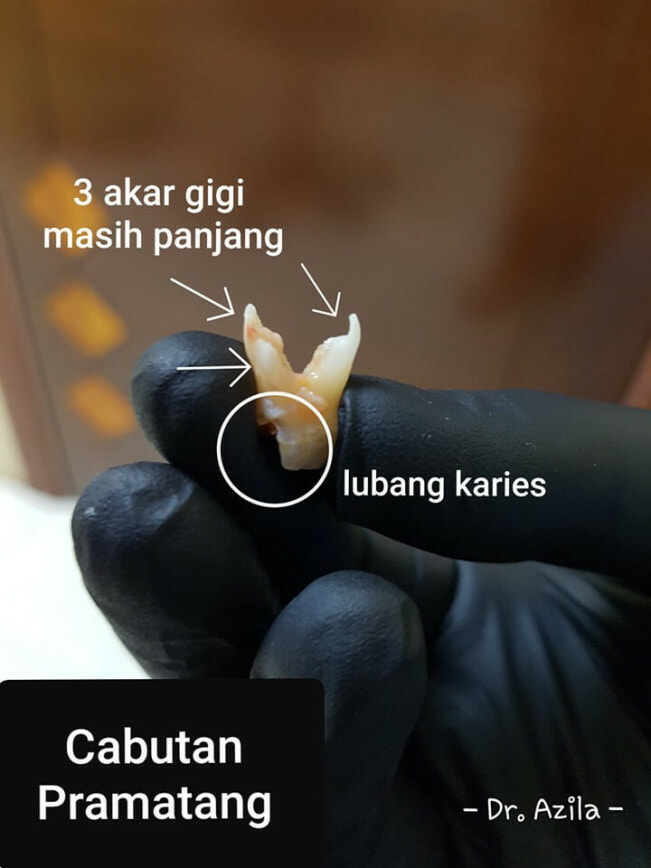 Some of the signs of an infection in the mouth are bad breath, a bitter taste in the mouth, fever, toothache, swollen neck glands and swollen jaw. Dr Azila advises that those who have these symptoms should go to the hospital for treatment before it deteriorates further.

As for the little girl, she asked the parents and realised that it was caused by poor dental hygiene and overconsumption of sweet food. The parents would give her sugary food and sweets for breakfast every morning and were not strict with her dental routine. Her parents did not make it compulsory for the little girl to brush her teeth every day and did not bring her to the dentist routinely. 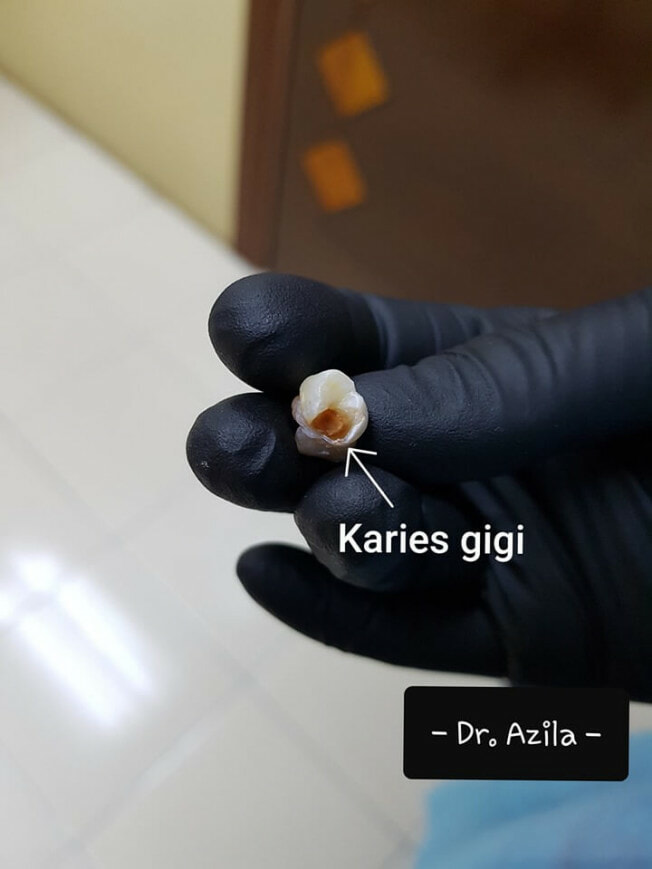 Dr Azila said that she wanted to share this experience so that people would be aware of this issue. She advised parents to be stricter in the food that their children were consuming and also to have good dental hygiene routine.

You heard the dentist, you know what to do!

Also read: 15yo Ignores Toothache For Over a Year, Loses 20% of Jaw After It Is Diagnosed As Cancer 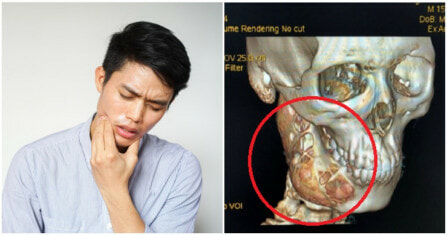