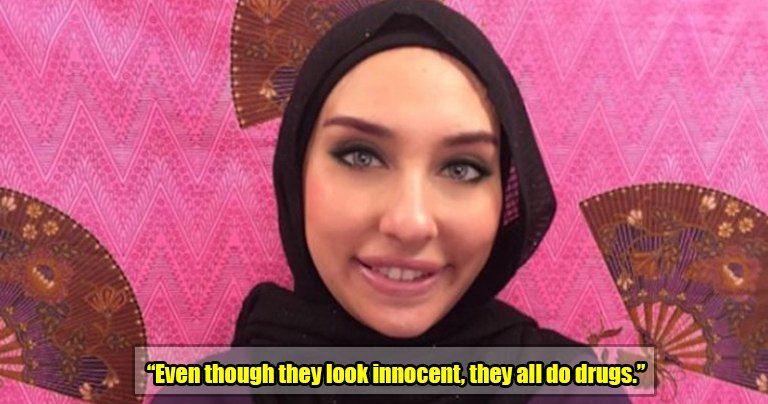 Recently, a Malaysian artist had gone viral after being detained by the police for running over a man whilst being high on drugs. OMG.

Uqasha Senrose, known for her role as Nurin Arissa in Tundukkan Playboy Itu, was apprehended by the police for running over a man and for possessing SIX aluminium packages that contained 53 Erimin 5 pills, reported Lobak Merah.

However, the urine test of the 25-year-old actress came back negative, despite looking high in the picture released. Hence, she was immediately freed from prosecution after the test. 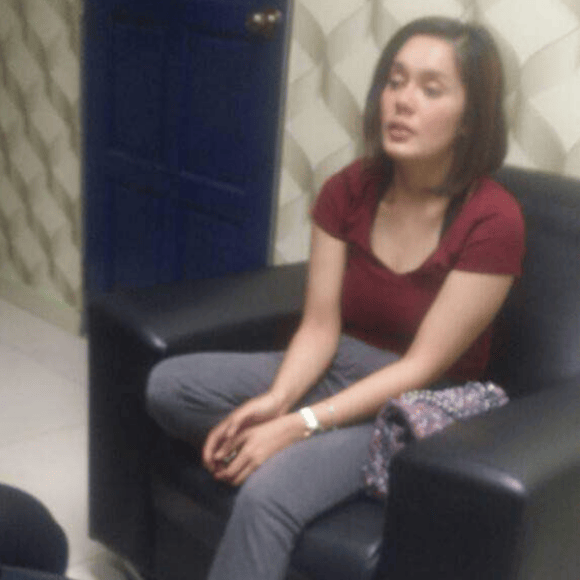 According to the Brickfields’ chief police assistant commissioner, Roslan Khalid, the police is still investigating if the pills wrapped in aluminium are drugs.

Meanwhile, Uqasha has denied the allegations saying that she was framed and “wasn’t intoxicated at all”, according to NST.

“I’m okay. There are some people out there who want to set me up. What a test!” she said.

Nevertheless, many netizens – including Malaysian artist, Zarina Anjoulie – questioned the authorities about Uqasha’s immediate release despite allegedly owning drugs and running over a man. 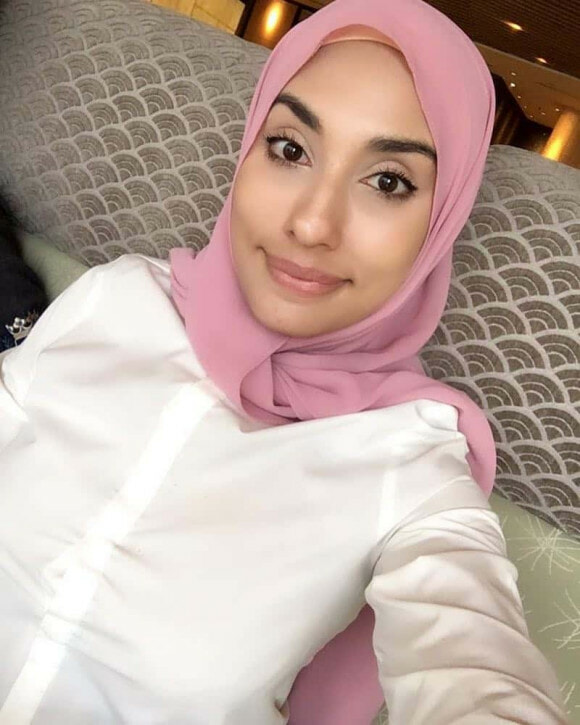 Zarina, who was very vocal on the matter, took to Instagram to question Uqasha’s immediate release.

“Why do some people never get prosecuted even if they have been caught?” she wrote. 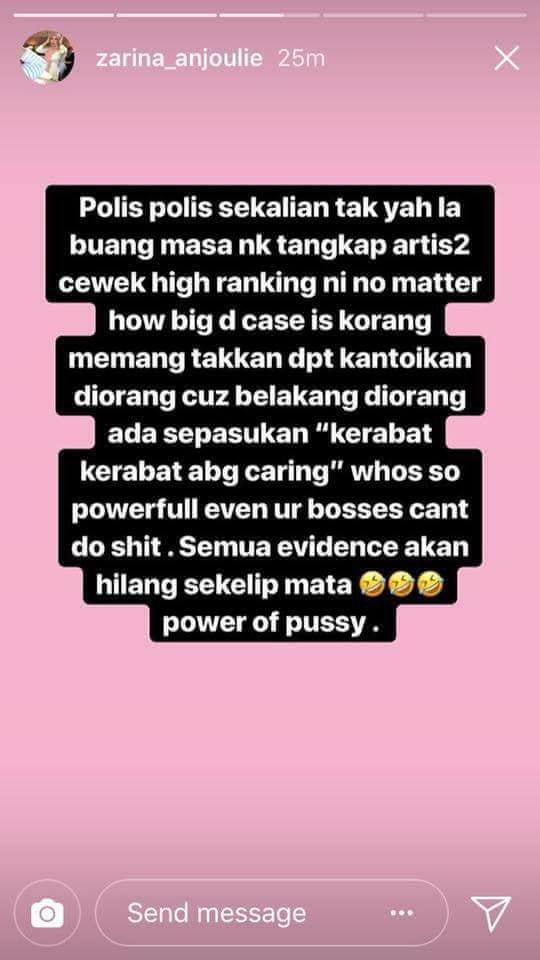 She further revealed that most celebrities in Malaysia are involved with drugs, even those who look innocent. Zarina advised these celebrities to own up to their own actions and stop saying that they were framed because, according to her, no one would frame them with drugs. 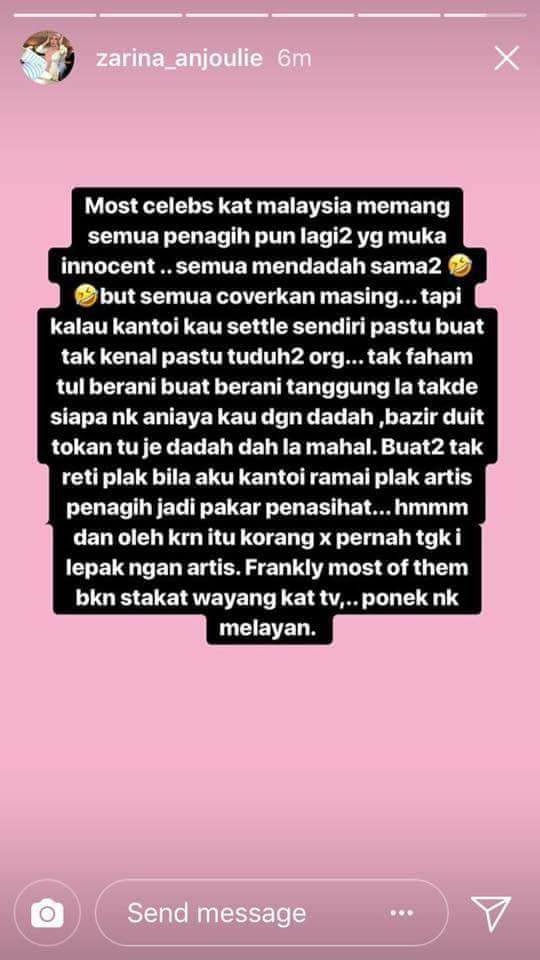 After she had posted her bold comments on the issue, Zarina claimed that she received threats from many netizens. Please guys, cyber-bullying is not okay! 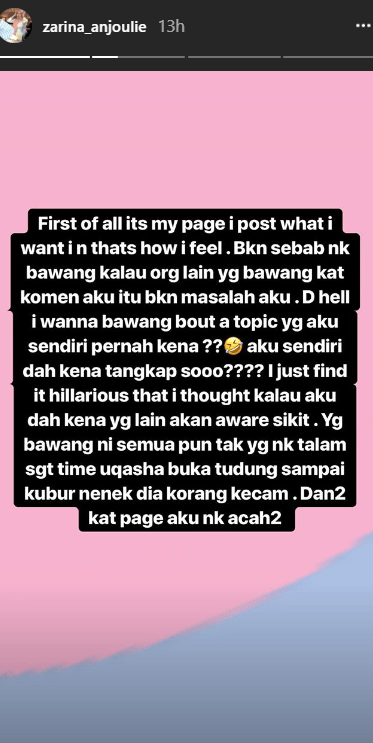 Nevertheless, she defended her posts saying that she was speaking from experience as she herself had been caught before.

She also joked that these artists should just sniff glue to avoid getting caught. Savage. She even gave SIX reasons why artists who are drug addicts should sniff glue instead of taking drugs, which are as follows;

We understand that she may have meant it as a joke but this kind of joke might not sit well with some people.

What do you think of Zarina’s comments about most Malaysian artists being involved in drugs? Do you think she has gone a little overboard with her remarks? Tell us what you think in the comments! 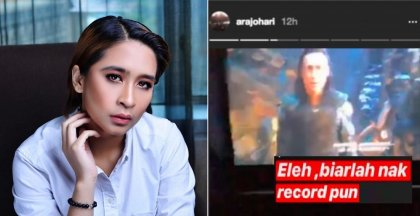