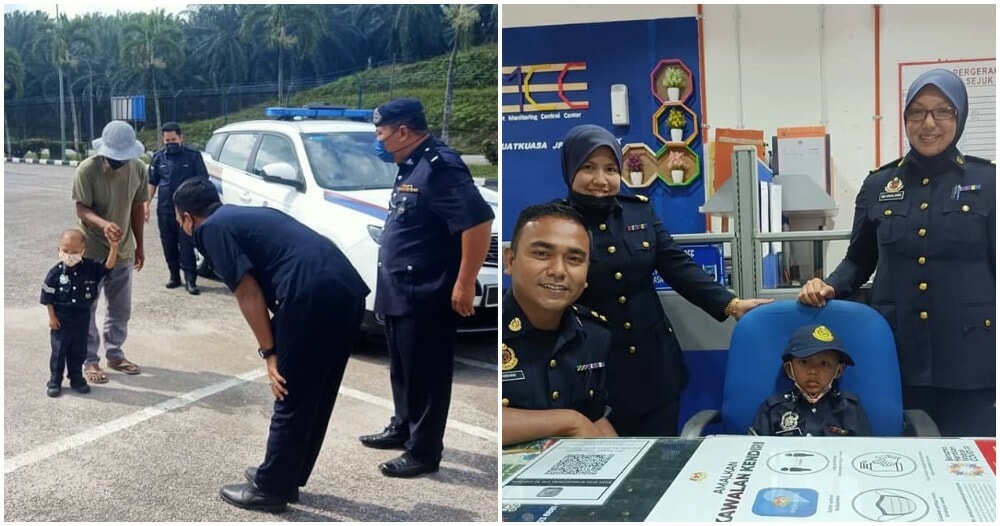 Cancer really doesn’t pick its victims and it’s always heartbreaking when it comes to children.

That guest was a 4-year-old boy by the name of Fatrul who was welcomed to one of the JPJ’s offices as it was his birthday on 19 January! Happy belated birthday Fatrul!

The little boy is a leukaemia and nerve cancer patient who is in their fourth stage.

As a little birthday surprise, Fatrul was brought to Stesen Penguatkuasa Air Sejuk in Setiu, Terengganu as he loves to see uniformed personnel from JPJ and PDRM. He was also dressed in a very adorable mini uniform!

The staff there were very happy to see him and they even brought him on a little tour of their office where he sat in a cubicle and was even given a cap with the JPJ logo. 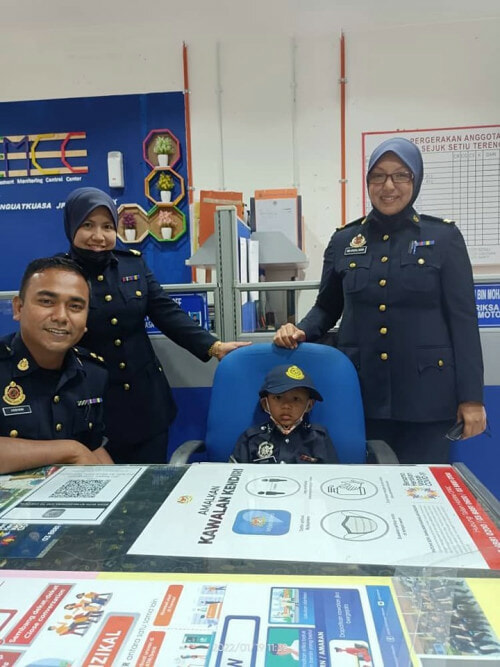 Apart from than, he also joined them on a patrol near the premises of the station and met the chief police of the Setiu district.

It was certainly a very eventful day for the little warrior and it seemed that he was very happy with this year’s birthday gift.

We hope that little Fatrul will continue to fight and eventually win his battle with cancer so that when he grows up, he can become one of the officers in which he looked up to.

Also read: Dream Come True For Paralysed M’sian Teen Whose Dying Wish Is To Ride On A Train 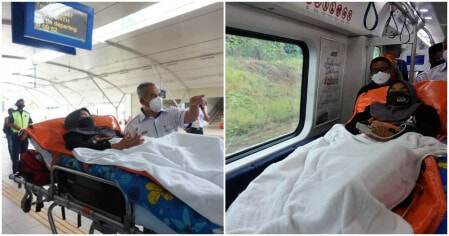