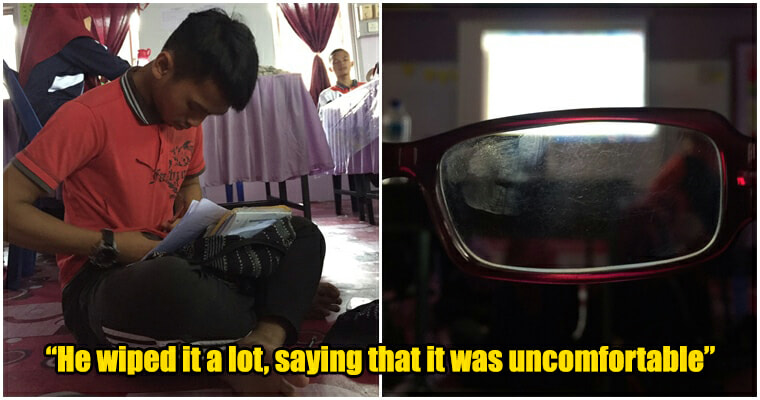 Breaking news! A high school student has proved that posting all of your troubles on Twitter is not pointless after all!

According to Sinar Harian, with just a Tweet, Muhammad Haikal Ahad, 17, raised a whopping RM1,705 for his best friend, Muhammad Nur Faizal, so that he could buy a new pair of glasses. Thank you, generous people of the internet!

“This is my childhood friend. We had never been in the same class because he always has difficulties in memorising. So, he would always be placed in the lower classes.

We will face SPM this year, but the problem is, his glasses are no longer functional. Just look at these pictures.”

In the thread, Haikal explained that his best friend came from a poor family. The boy had to live with his uncles as his parents passed away due to road accidents last year.

“He’s been wiping it for while now, telling me that it made him feel uncomfortable.”

Now how is he suppose to study and answer SPM properly if he couldn’t even see well?

“So Twitter users, I hope that you guys can help my friend in getting a new pair of glasses. Just enough retweets till he’s able to get a new one. For those who have already retweeted the post, only God can repay your kindness.”

With 12.2K retweets, netizens came forth and donated money into Muhammad Haikal’s bank account so that he could buy a new pair of glasses for Faizal. Some probably even gave extra so that he could use it for his pocket money.

“Check it later. Tell him to buy a new pair quickly and good luck in your life.”

“Already done bro, but I assume that you probably have collected enough money for his glasses right? Here’s some more for his pocket money.”

Almost everyone who read the tweet prayed for the duos’ success and hoped that they will contribute to society in the future.

In a more recent update by Haikal, the account is now closed because they have gained more than enough money to get Faizal a new pair of glasses and they will proceed to make them this weekend.

Yes, the best way for us to utilize the social media is by spreading good vibes! For the two boys and all other SPM students, may you all be granted with composure during your exams, chaiyok! 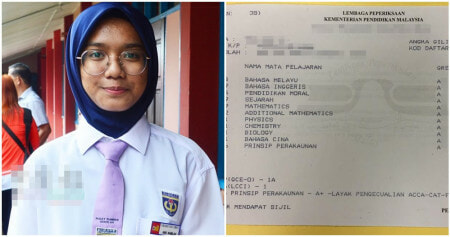