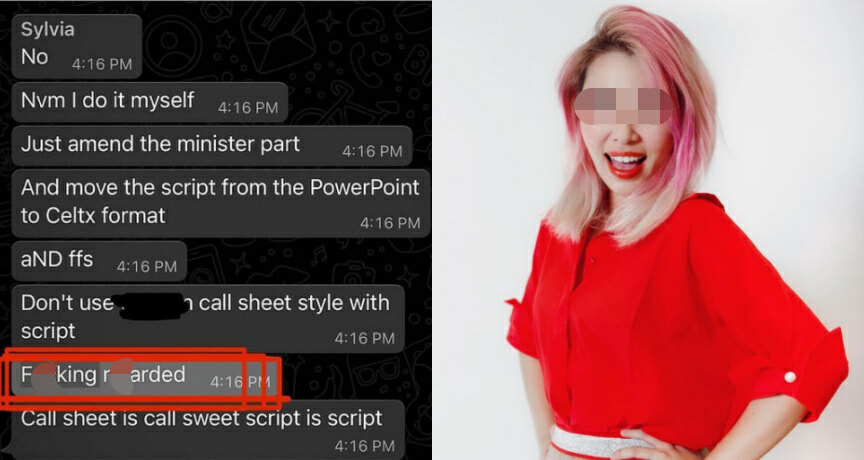 Being under the spotlight, the actions of public figures or influencers matter, because like the name itself, they have the power to ‘influence’ people. In recent years, we have seen enough negative news about influencers, like a local influencer who was involved with scamming, and a group of Malaysian influencers allegedly violating the SOPs during the movement control order.

A few days ago, another Malaysian-born Singaporean influencer, Sylvia Chan was allegedly exposed for using foul language towards her employees, and discrimination against one of the employees in leaked screenshots and audio clips. These screenshots and audio were posted by an anonymous Instagram account named @sgcickenrice.

Sylvia is the Co-founder of Night Owl Cinematics (NOC), a Singaporean production company with several YouTube channels, one of its channels has more than one million subscribers. Sylvia herself also possesses more than 230k followers on her Instagram account.

In one of the reportedly exposed screenshots, Sylvia described an unknown staff with the word ‘f*cking ret*rded’. 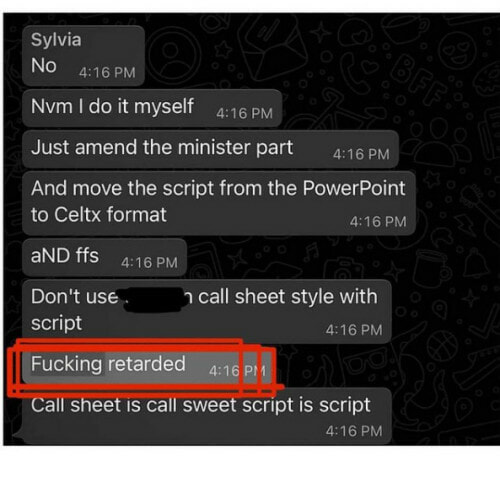 The alleged screenshots of conversations over work matters also show that she used the f-word repeatedly towards the employees and calling them ‘stupid’. 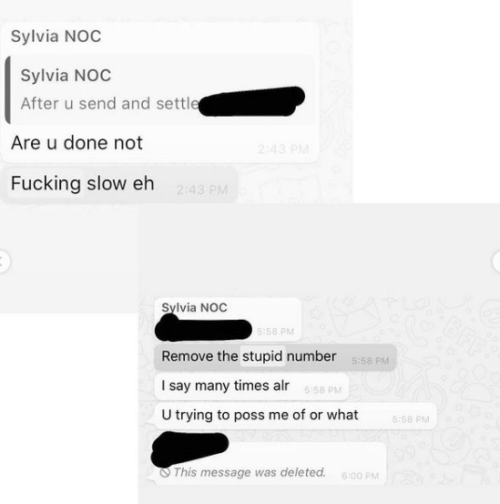 One of the audio clips posted by @sgcickenrice shows that Sylvia seemed to be fed up and said “Do you know what’s a keyword search, if you don’t know, go read the SOP, don’t send me this type of sh*t”.

Sylvia was also alleged to have openly discriminated against one of her employees, Samantha. The screenshots displayed that she used the word ‘f*ck face’ to describe Samantha, saying that she ‘f*cking’ hate her and calling her ‘f*cking annoying’. 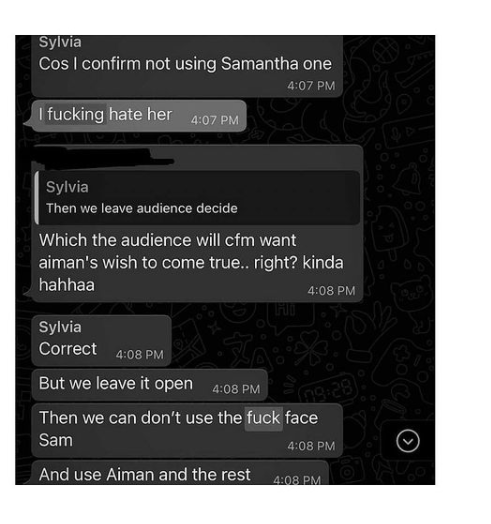 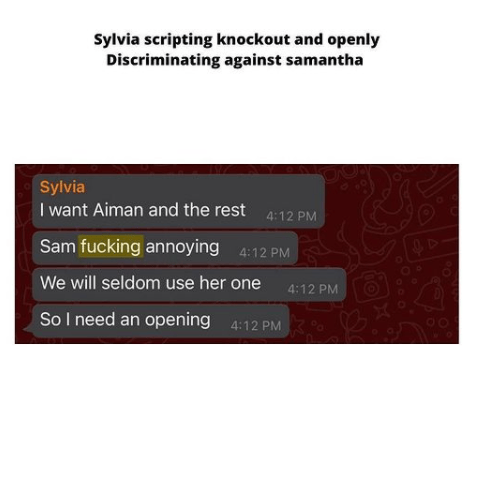 Besides, in the audio clip posted by the Instagram account, Sylvia marked her as a ‘b*tch’ who is ‘f*cking dumb’, wanting her to exit and requested an exit strategy for Samantha from an anonymous person.

Sylvia also appears to have told the entire office about one of the staff’s mental health issues. These leaked chats also made netizens feel ironic that the mental health advocate herself is shown to be mentally abusing her employees.

After these screenshots went viral, several influencers including Joanna Lim, Grace Lim, Nicole Liel and Chantalle Chow stood up for Samantha and expressed their disappointment over what Sylvia has done.

Many netizens have also voiced their frustration over Sylvia, while some think that the Instagram account is being overly biased with one-sided opinions. As of the time of writing, Sylvia has not posted any statement regarding the allegations, her last Instagram post is dated 30 September 2021.

Working as media personnel, the environment may be fast-paced and stressful, but constantly using foul language and discrimination against the employees is undoubtedly toxic and unacceptable.

The world has definitely had enough bad examples from the influencers with a large number of followings, thus hopefully this incident can serve as a significant lesson to many of the influencers and content creators out there.