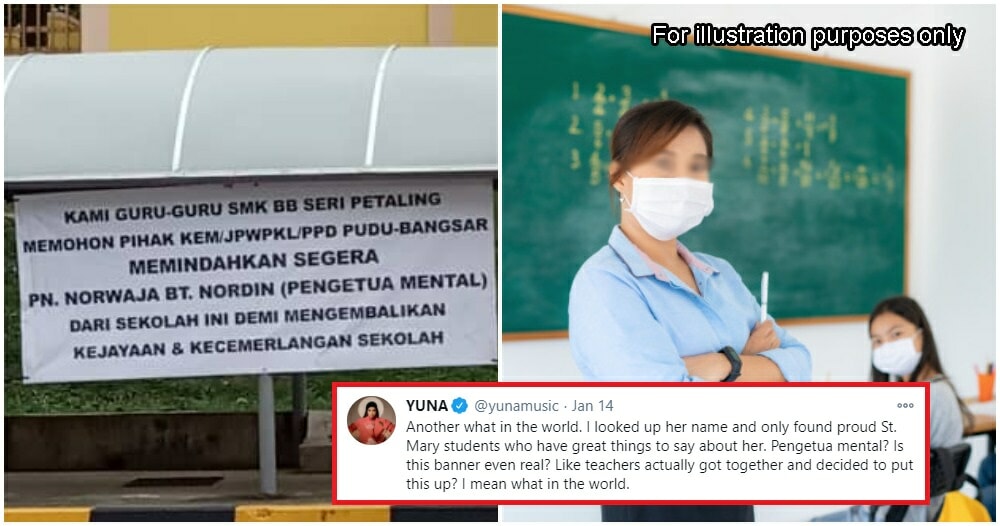 Note: The information in this article is used with permission from the original source.

The multiple lockdowns have affected every Malaysian in a different way but no one can deny the whirlwind our education system went through during this whole period. School students had to start online lessons while teachers struggled with getting their lessons across.

Despite whatever stress they’re going through, we’re not sure if this the professional way to exhibit it. Teachers of SMK BB Seri Petaling Jaya erected a banner condemning their school principal. Twitter user Mustaqim (@Mxstaqim1) posted a picture of the school which has since gone viral garnering over 26K likes and 16K retweets.

“We the teachers of SMK BB Seri Petaling are requesting all relevant parties to IMMEDIATELY TRANSFER Pn Norwaja bt Nordini (Mental Principal) from this school to restore the school’s success and excellence.”

Despite the negative banner, most netizens in the comment section called-out the unprofessionalism of whoever that put up the banner. A non-profit organisation, WOMEN:girls simply dismissed the banner and had nothing but praises for Puan Norwaja whom they’ve worked with before.

Even Malaysian singer-songwriter, Yuna, chimed in the conversation questioning the teachers who actually came together to put up the banner.

“Another what in the world, I looked up her name and only found proud St.Mary students who have great things to say about her. Mental principal? Is this banner even real? Like teachers actually got together and decided to put this up? I mean, what in the world.”

Nevertheless, there were also netizens who supported the teachers’ actions saying we would never know the mental stress they’ve been under thus leading them to make this decision.

“For the students and ex-students, you can never know the drama that goes on between the teachers. If the teachers and staff are behaving like this, it means they’ve reached their limit.”

“Ex-students of the principal are praising her as a teacher of high calibre but try putting yourself in the other teachers’ shoes. Don’t just present your point as the student. If your circle consists solely of the students, your point of view is not broadened enough.”

Over exaggeration or necessary action? Let us know what you think about this situation!

Also read: Teacher Gets Sued By Students AGAIN After He Ponteng School For 8 Months Straight 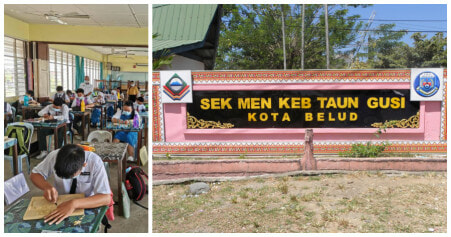