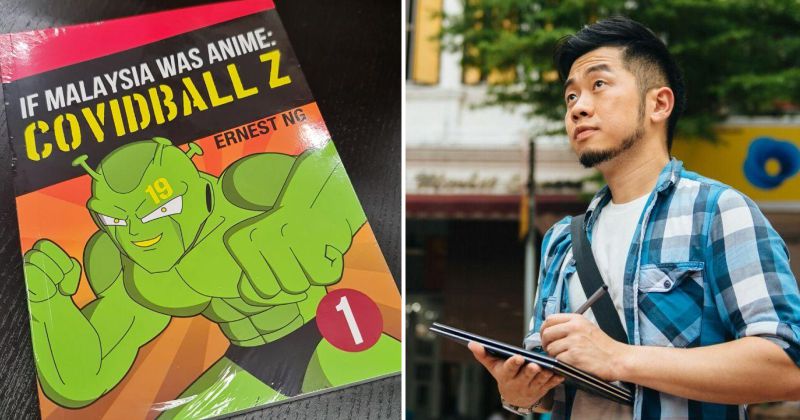 Throughout the past few months, most Malaysians have been diligently staying at home and most of us are guilty of scrolling through social media almost every hour of the day. As we were scrolling, we bet that most of you have at least stumbled across a particular webcomic series that recounts our country’s battle against Covid-19 starring some very familiar faces as the characters.

The webcomic, entitled Covidball Z, has been going viral ever since the first episode and it is created by local webcomic artist, Ernest Ng!

If you’re thinking his name sounds familiar then you might just be right. You’ve probably seen him in Youtube videos with local content creators such as Jinnyboy or MacamYes Studios, or you might also know him as the genius mind behind the hilarious comic, ‘Bro, Don’t Like That La Bro’.

After producing several titles under the Bro series including ‘Here Comes the Bros’, ‘My Bad Bromance’ and ‘Bro, Don’t Like That La Bro Origins: Back to School’, Ernest is now back with his new book based on the Covidball Z series. 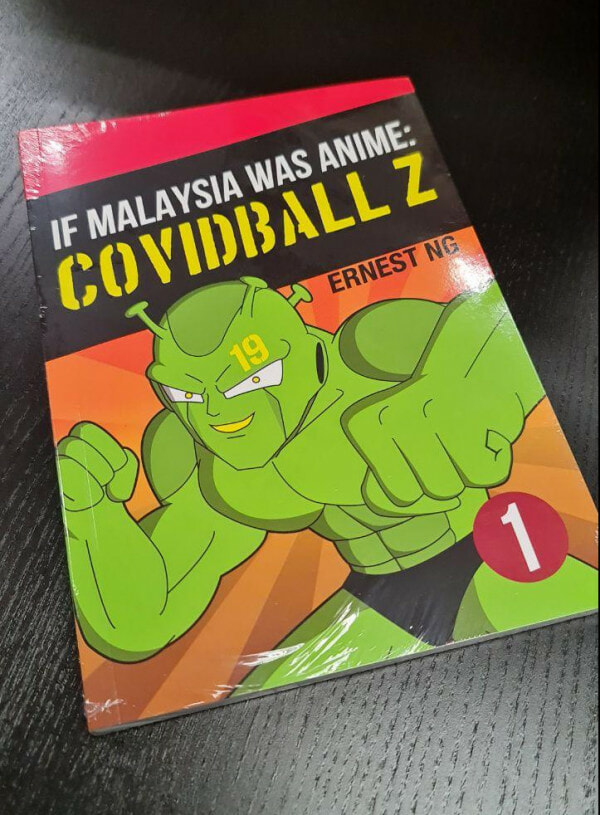 His inspiration was actually unplanned 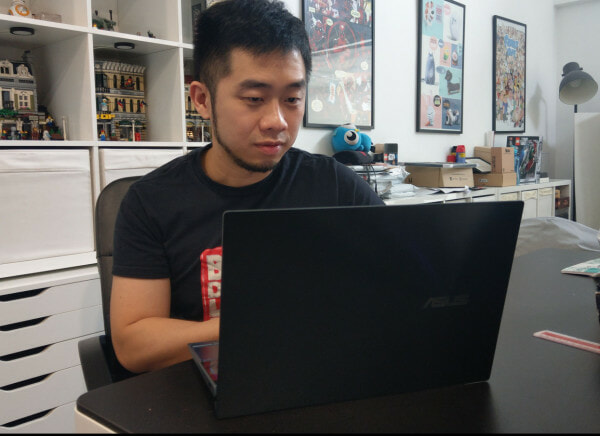 In speaking with WORLD OF BUZZ, Ernest told us that he originally wanted to experiment with a different kind of storytelling which strays away from his usual style of posting comic strips. He was drawn to explore drawing longer comics with inspirations from Japanese animes and mangas. “I started drawing about the political crisis that happened in February but then the pandemic happened and my story just continued from there onwards.” 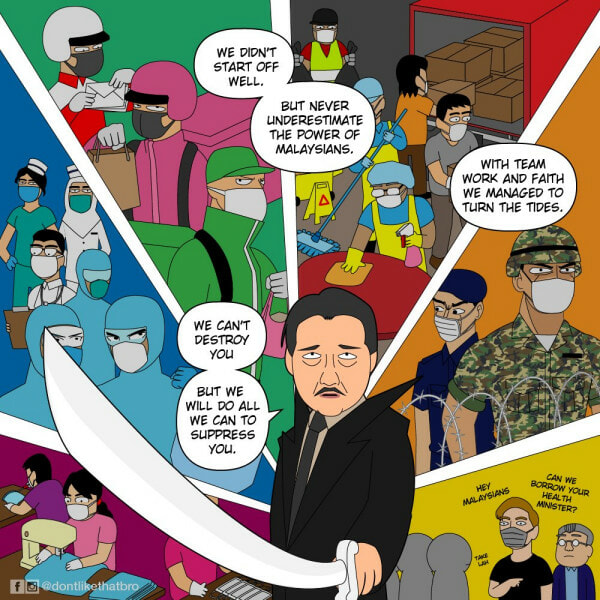 The unplanned occurrence inspired Ernest to start a series based on local events and news, which means he has no choice but to keep up with the latest news that goes on in our country. According to Ernest, the process itself would take about a week-long and he would need to compile all the top news of the week and try to link everything into a single storyline. He admits that it can get quite hectic when there are breaking news popping up which would force him to rewrite and fit everything in.

Ernest’s drawings took quite a 180° turn with the new series. From drawing about the daily antics of typical Malaysians, Covidball Z requires much more intricacy as it deals with villains and world destruction. And the big change surely brought upon big challenges. 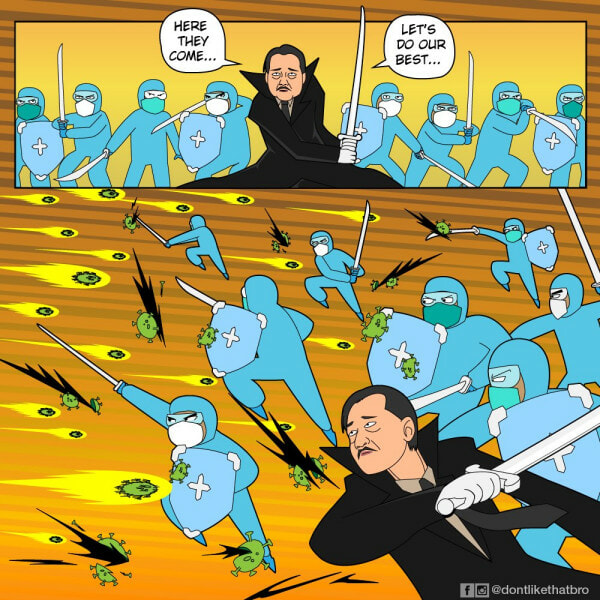 “The drawings in the new book are a bit less simplistic and require more planning in terms of the frames, angles and backgrounds,” he commented. Due to this, each panel would take up a considerable amount of time for him to execute. This explains why it can get tiring for him to always keep up with the current news to craft a seamless flow to the plot.

On top of drawing comics, Ernest is also widely known for starring in videos with Macam Yes Studios. When asked about how he juggles between being a comic artist and a content creator, he mentioned that all the credits belong to his video team!

“I would not have been able to do it without the help of my video production team. They are very hardworking and talented people so I’m glad to have them work on videos while I can concentrate on my comics.”

With all the familiar faces being featured in the series, we certainly can’t help but wonder if he sometimes has bitten more than he could chew with some of the characters! Though Ernest admitted that he tries not to think too much into that as to not stifle his creativity, he’s also aware that he should keep it balanced and neutral to avoid being too controversial. Thankfully, Malaysians have all been good sports about it so far! 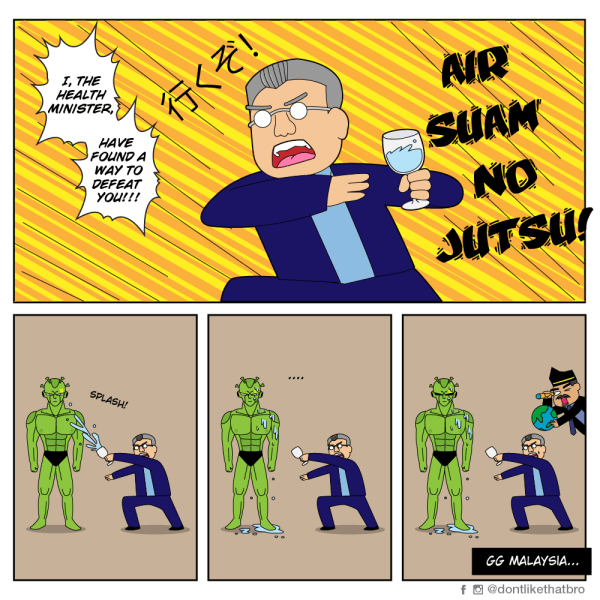 His efforts have also been proven to pay off because in just less than a month after its launch on Shopee, Covidball Z has already managed to sell over 3,000 copies! When asked about this, Ernest said that he never imagined that this would be possible. “I would like to thank everyone for their great love and support and I am very glad that everyone enjoys this Covidball Z comic series. I will continue to do my best to entertain with my comics.” 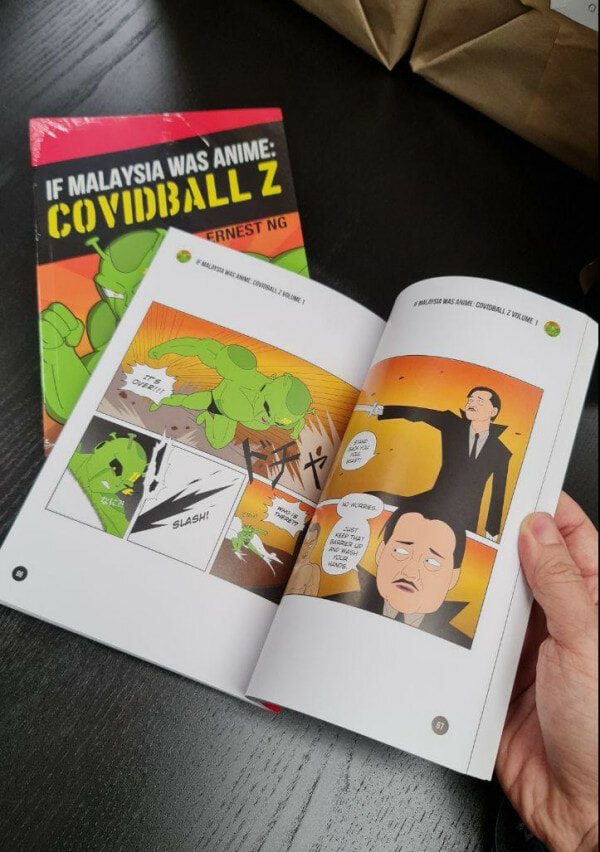 His wise advice for budding artists 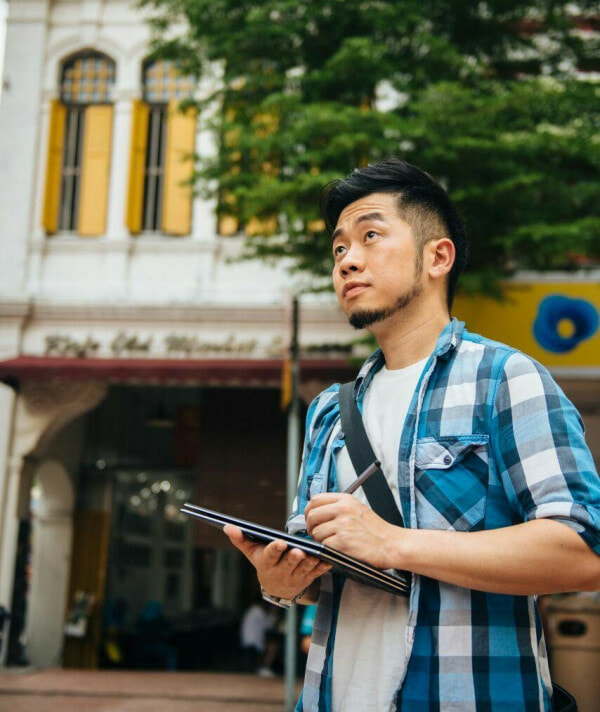 For Ernest, his love for drawing comes naturally but before he shifted to comics full time, he was actually a video editor for a major broadcasting company. So how did he get his start as a cartoonist? Out of boredom! He started uploading his comics online back in 2010 and has never stopped since.

His advice for other budding artists out there can be summed up with one thing: never give up! He admits that the creative industry has its ups and downs. Working long hours, being belittled for your art, and wanting to give up due to the long journey, all of these have happened to him too. But one thing that he sticks to is to consistently try and improve his craft.

Ernest also adds, “It is okay if your work isn’t that great at first because from the wise words of Jake from Adventure Time, ‘sucking at something is the first step to being sorta good at something.‘”

For Malaysians out there, you can always #SapotLokal by simply liking and sharing your favourite artists’ content (from its original source, of course!) to keep the encouragement going. As Ernest said, the best part about this is that it’s totally free and effortless but it could really make someone’s day!

And if you’re looking to show your support to Ernest, you can get his book, Covidball Z, which is now available on Shopee. In case you didn’t know, the book also contains new chapters and some exclusive never-before-seen content that you can only get in the book, so hurry and grab one, guys!

Don’t forget to also support Ernest by following his webcomic series on the official Facebook and Instagram pages.

Also read: Malaysian Reveals The Silent Struggles of Local Artists After Being in the Industry for 15 Years 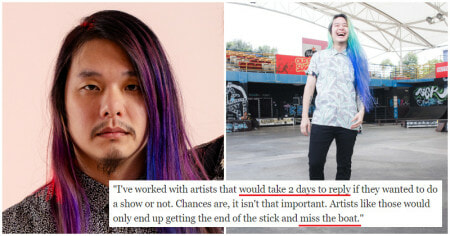