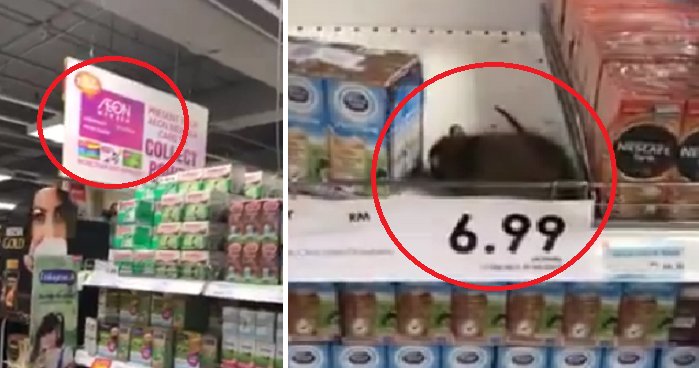 Pests are completely unhygienic and should never be near our food. So of course citizens are outraged at a recent case of a rat found near foods! 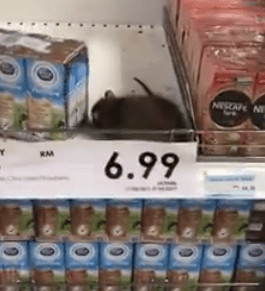 A video caught the atrocious rodent just hanging out on the top shelf of Aeon’s packaged drinks section. And the rat was even bigger than the Dutch Lady milk packet!

It was posted on the Facebook page called We Are Malaysians on March 25, 2017 and it has garnered over 26k views. The page claims that it was taken in 1 Utama’s Aeon branch.

I mean look at it, it’s just lying there like it’s at home or something. This isn’t some Ratatouille story going on okay, this is a real pest problem. 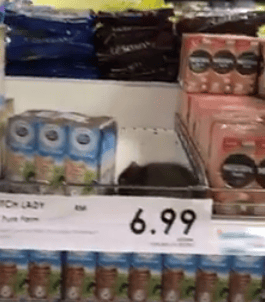 Netizens are obviously outraged at how dirty the establishment is for allowing pests to run wild in their own store. Many called a ban on ever shopping there anymore.

“It is the closest grocery shopping mall to my home but I think I would rather drive a bit further than to go to this dirty one!”

“It is very smelly over there. I have long stopped going to this store. You all better don’t go too.”

Meanwhile, there were also a bunch of netizens who found the situation humorous. They joked about how they wouldn’t mind purchasing the rodent.

On the other hand, one netizen claimed that RM6.99 was overpriced as he could sell RM2 each! Wow, what a bargain…

So far, neither Aeon nor 1 Utama has released any statements regarding this yet.