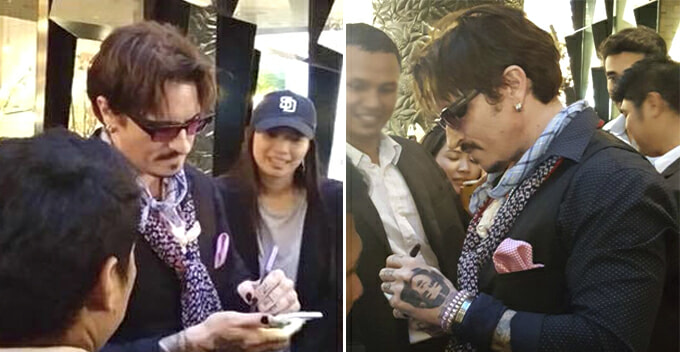 If you’ve watched the fourth movie of the Pirates of the Caribbean series, you may remember a scene where Angelica dressed up as Captain Jack Sparrow to impersonate him at a dodgy bar. Funnily enough, the same situation actually happened in real life.

On 26 January, ‘Johnny Depp’ made a sudden appearance at a luxurious mall in Bangkok, Thailand and everyone there was dying to get his autograph. There’s nothing wrong with the man signing autographs, except he wasn’t Johnny Depp! 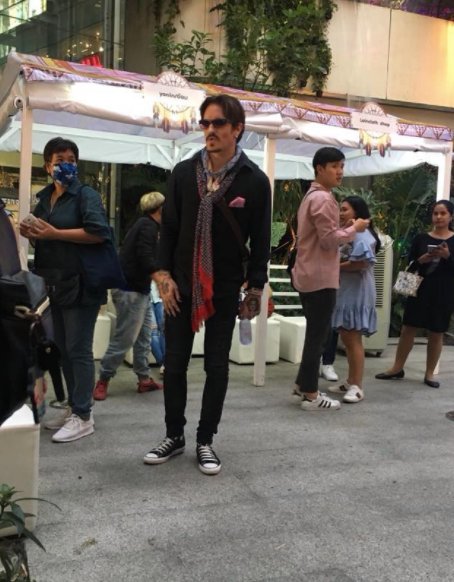 According to Coconuts Bangkok, the impostor arrived at Emquartier at 6.30pm last Friday (26th January). Since he was accompanied by security guards, members of the public immediately assumed his identity as a VIP and they were further misled when a Thai woman shouted, “This is Johnny Depp! Captain Sparrow!”. 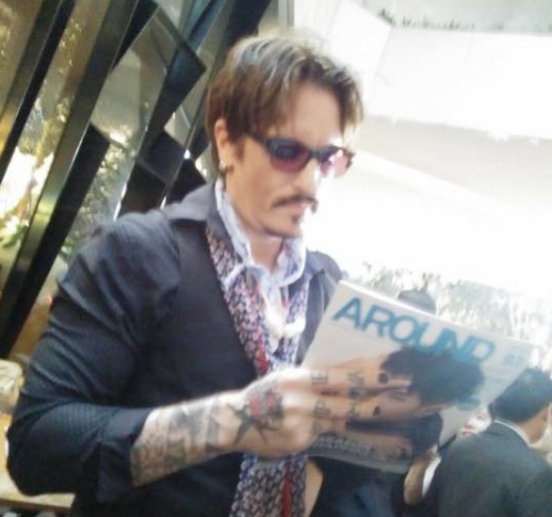 Many have taken his photos and uploaded on social media which in turn triggered another round of buzz on the internet. He may have successfully fooled the untrained eyes of the public, but not the true hardcore fans. Soon, a Thai fan club for Johnny Depp known as ‘Johnny Depp Thailand’, stepped forward to reveal the truth.

“The whole fake Johnny Depp issue, I thought it was funny at first, but when I read the details from the people who had met him, it wasn’t funny at all – it was as if he was trying to deceive us,” the admin of the group said.

“People who were there said that the mall’s security guards confirmed that he was really Johnny Depp on a private visit. There was also a woman assisting him as people lined up for a photo,” she added. 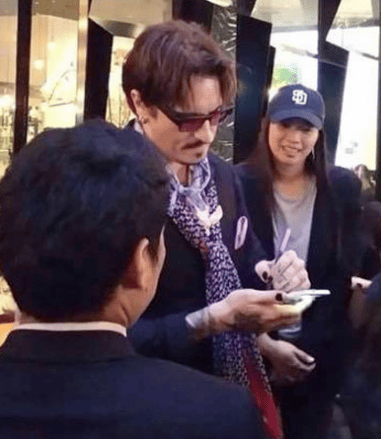 She further revealed that the man is actually an expat who has been staying in Thailand for quite a long time, and that wasn’t his first visit to the mall either!

“I don’t know why the mall did this. Emquartier’s security guards said they received a call that there was a superstar at the mall and they had to protect him. So the guards assumed it was this man,” she said.

Clearly fake Johnny was enjoying all the attention he was getting as a netizen noted that the impostor just wouldn’t walk into a restaurant, “as if he was trying to show himself off.”

After stirring up a commotion at the mall, he then visited a Thai bar to chill. 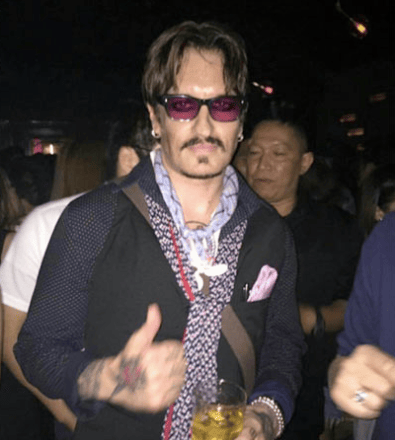 As true fans of Johnny Depp, there was no way they were going to stand there and do nothing. So they posted a few side-by-side pictures of the real and fake Johnny to educate the public. 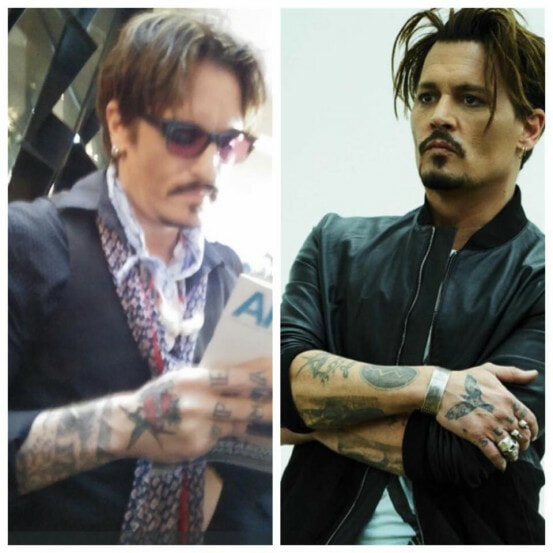 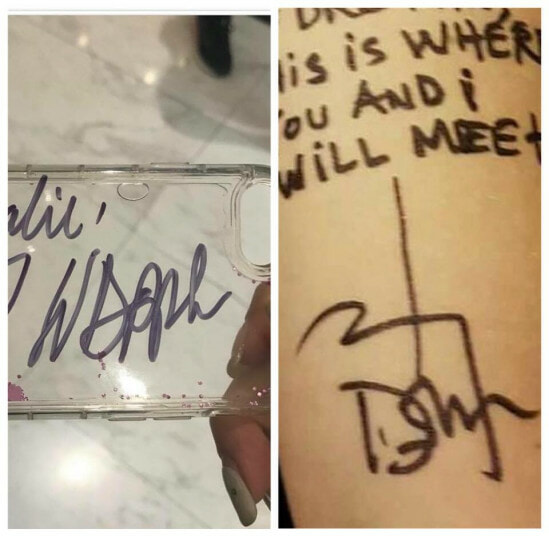 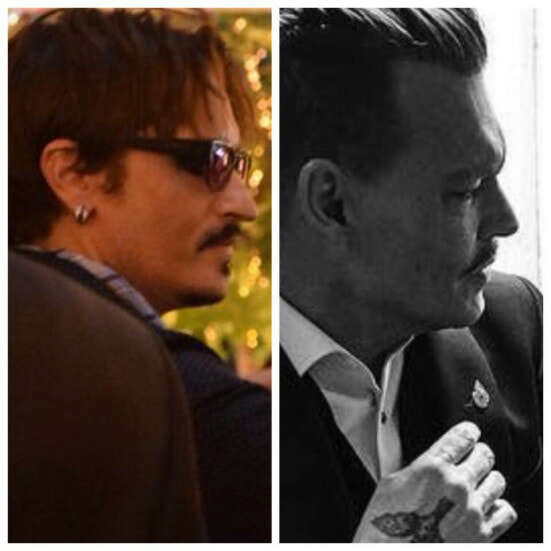 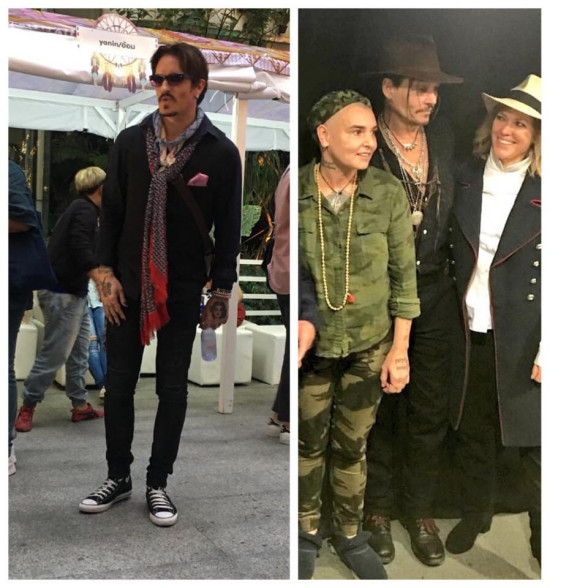 Aside from his cheekbones and moustache, his tattoos, nose and autograph look completely different from the real deal! We wonder what he has to gain by impersonating Johnny!

Side note: If the real Johnny is looking for a stunt double, looks like we’ve found him!

Also read: This Guy Epicly YOLOs As He Impersonates a Pilot On a Flight To Malaysia