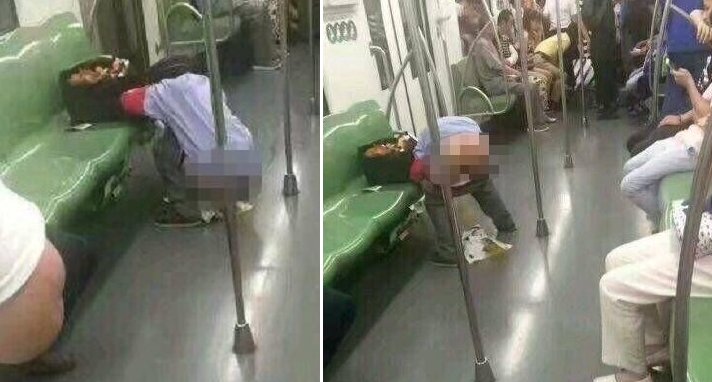 Images of a man taking a dump on a train spread like wildfire after it was uploaded on Chinese social media, Weibo.

The guy was pictured shamelessly taking off his pants and then pooping right in the middle of the train’s coach, just a few inches from where he was previously sitting.

What’s even more astounding was the fact that the other passengers on board did not seem slightly affected and went along with their usual train ride. Although there was poop just 2 feet away. I mean, how do you even stand that sight and the SMELL???? 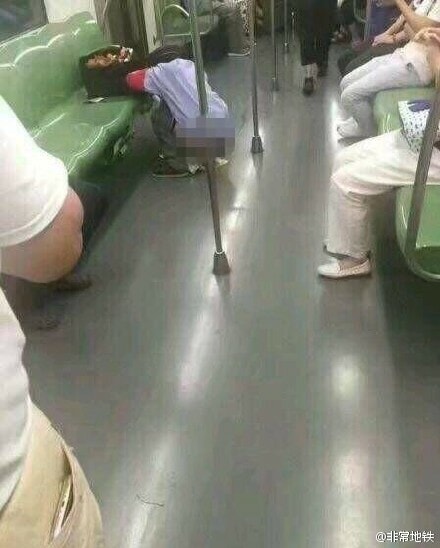 The man was taking the Shanghai’s Line 2 train when I guess, he JUST had to go. Nature is seriously calling right now.

According to Shanghaiist, every station on Line 2 has a bathroom and each station are usually only 2 or 3 minutes apart. 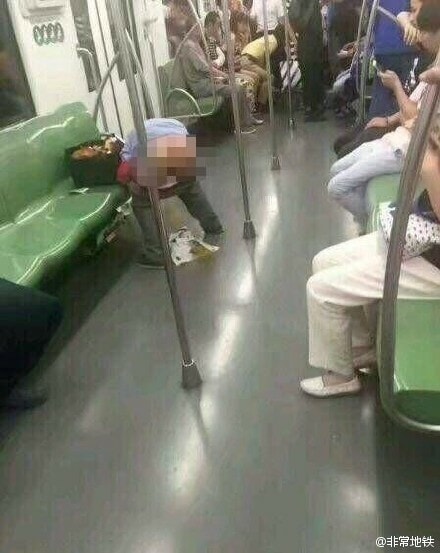 Bewildered netizens wondered why he couldn’t just hold it in and use a toilet LIKE ANY OTHER HUMAN WOULD.

“We’re not animals. We invented the toilet for a reason.” one user wrote.

Some even joked that at least that man put down some newspaper first, before taking a dump on it.

Well, I suppose he must be having a crappy day.

Just like this guy who pooped halfway through his session in court.

Also read: Chinese man in court for trial, suddenly goes to poop in the corner of the room 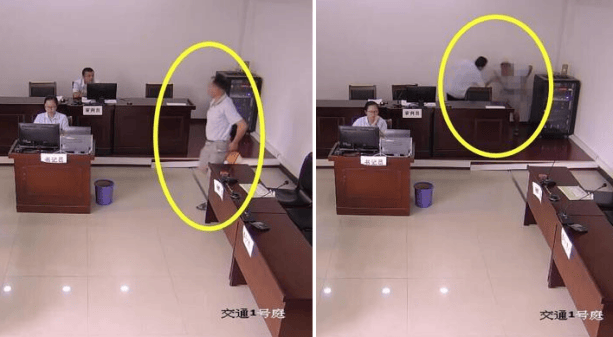