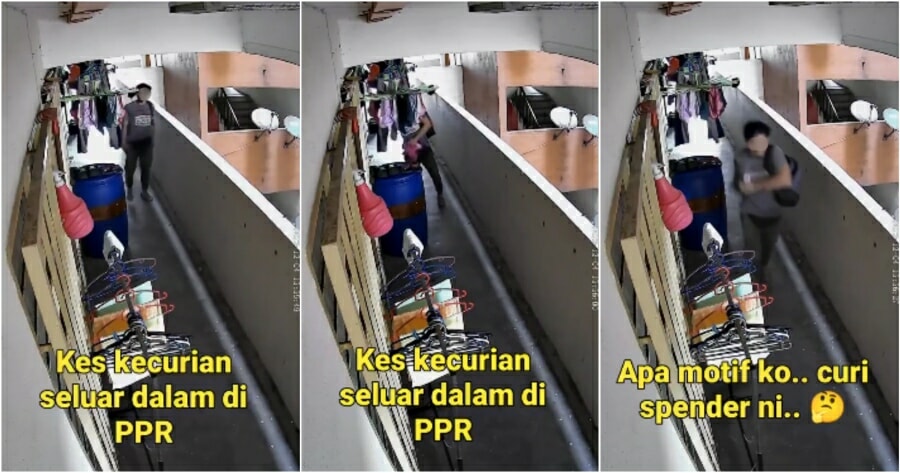 People always say that you should be wary of leaving your items outside at common areas, but shouldn’t you also be able to trust your fellow community members?

The 我们是马来西亚人 We are Malaysians Facebook page recently shared CCTV footage of a man stealing women’s underwear which was hanging outside a flat unit at PPR Intan Baiduri, in KL. 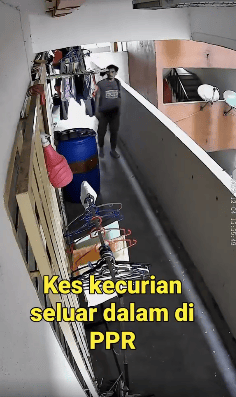 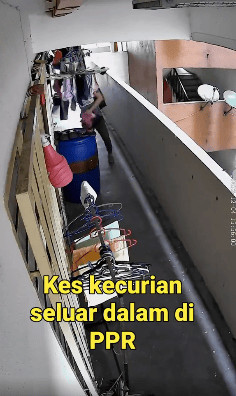 In the video, the man could be seen grabbing a few pairs of underwear and walking back in the direction he came from. But soon after, he comes back and grabs a few more before finally running the other way.

Reminder to everyone not to hang their undies outside

The video has gone viral and netizens have left comments warning people not to hang their underwear outside.

“Why are you hanging underwear outside where people come and go?”

“That’s why it’s good to never hang underwear outside where they’re exposed like that,” said another user.

Should he be given the benefit of the doubt?

On the other hand, some users tried to look at things beyond the video and suggest justifications as to why he might have done it.

“Maybe he has financial difficulties? Without a job and with no money to buy, so he has to borrow for his wife and kids to wear first. He’ll return them later.”

Another commented, “Don’t wrongly assume. He must be stealing out of desperation. His wife’s underwear is torn up. He is forced to steal for his wife as the economy has fallen.”

Posted by 我们是马来西亚人 We are Malaysians on Thursday, December 8, 2022

What do you think about this whole situation? Do feel free to share your thoughts in the comment section. 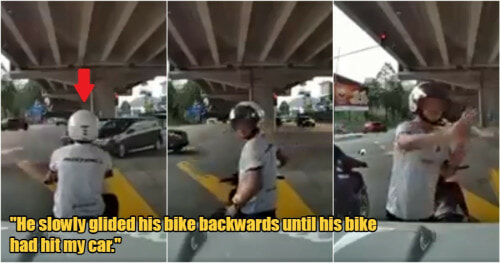