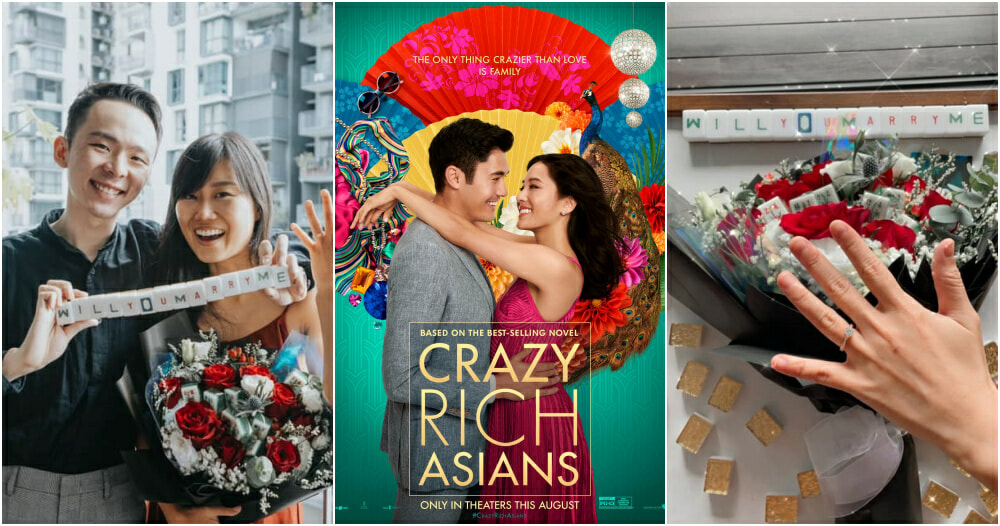 Wedding proposals are momentous occasions as it marks the beginning of a couple’s new chapter in life. Every little detail has to have carefully thought out and thoroughly planned before it is executed.

A Singaporean man named Alfred Tan took it to the next level when he proposed to his other half  ‘Crazy Rich Asian’ style by mimicking the iconic Mahjong scene. How?

According to Alfred’s fiancée, Jeraldine Yeo, Alfred managed to convince her to be part of a friend’s “project” of filming a game of mahjong, where Alfred then surprised Jeraldine by spelling out “will you marry me” using the tiles.

In Jeraldine’s post, she explained that since they were told that they were imitating the Crazy Rich Asian’s Mahjong scene, each and every one of them dressed up in “such nice outfits”.

“Who plays mahjong in such nice outfits?” she said in her post. 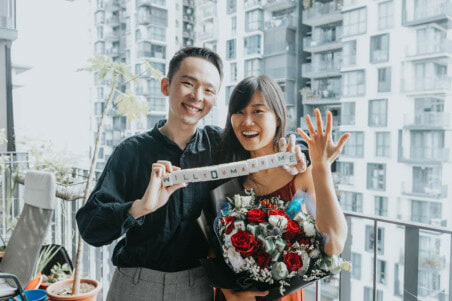 The game started off like any other mahjong game, by throwing away unwanted tiles. But, it turned out that all the tiles thrown her way were actually “strategically planned to ensure the flow of the game”.

It was all carefully planned till the very end where Jeraldine was “baited” to discard a particular tile (a ban bai, also known as the white dragon), which is the tile Alfred needed to complete the “will you marry me” sentence. 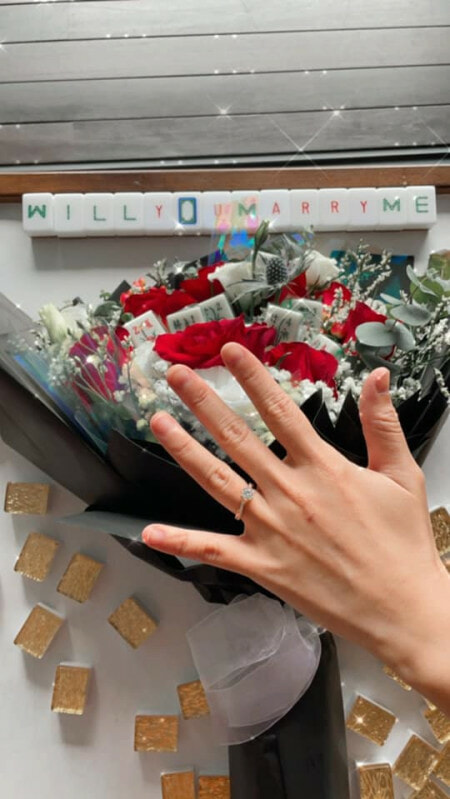 As Alfred finally turned his tiles over to show her, Jeraldine can be heard asking: “What is this?!”

He then said: “[I win] very big ah… You gotta pay with your whole life!”. He then got down on one knee and proposed. 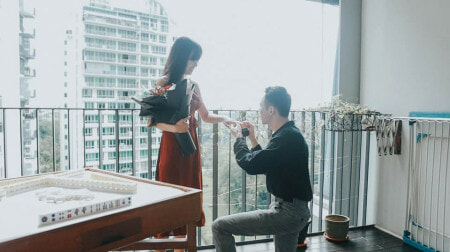 Alfred’s mahjong proposal caught the attention of many as their post garnered over 3,000 shares, 1,300 likes and 500 comments, all of which netizens praised Alfred for such creativity as well as congratulating both of them.

“Mahjong is our common interest”

WORLD OF BUZZ had the privilege of speaking to Jeraldine where she shared more about the unique proposal.

According to Jeraldine, the newly engaged couple has been together for over five years! When asked how long Alfred spent on planning for the stylish proposal, she said a little over a month. 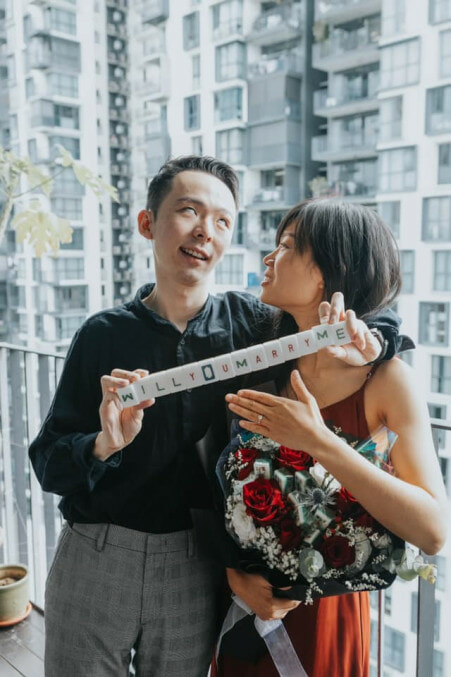 “He didn’t want to go the usual way of proposing so he thought since mahjong is a common interest between us and also because I taught him how to play, so he decided to go with that idea.” Awww, that’s so sweet!

Congratulations to both of them!

What are your thoughts on this proposal? Let us know in the comment section below! 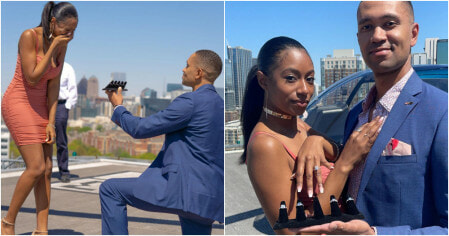