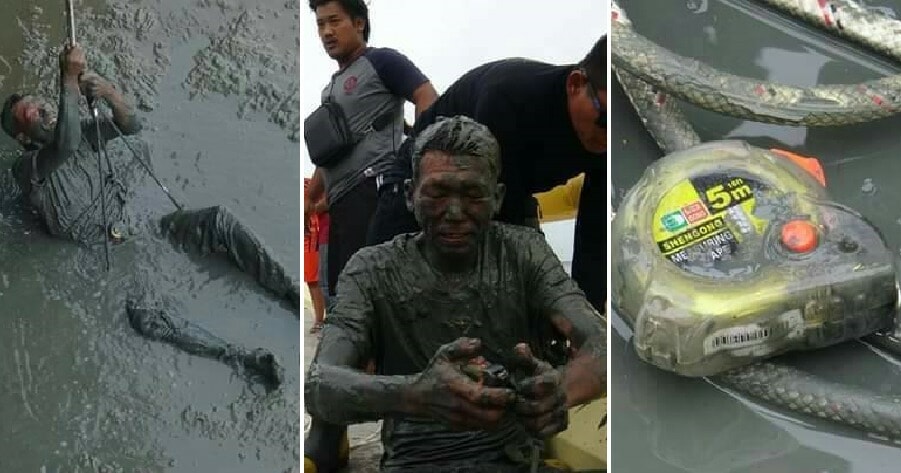 Some things that may look ordinary and worthless to us are actually pretty priceless to others, because of the memories attached to those objects. This 41-year-old blacksmith in Chonburi, Thailand thought nothing of jumping into the sea just to save a tape measure that his wife had given him before she passed away. Based on a Facebook post, it was reported that the man had been walking along the new bridge over a patch of sea which was very muddy. He must have taken out his tape measure when he was strolling along the bridge when it suddenly slipped from his hand and dropped into the muddy waters below.

Now, for most people, you would’ve just left it there as it is just a cheap tool that costs around 350 baht (RM47), but not this man. Without thinking about the consequences, he jumped into the super muddy waters as he wanted to save the tape measure. 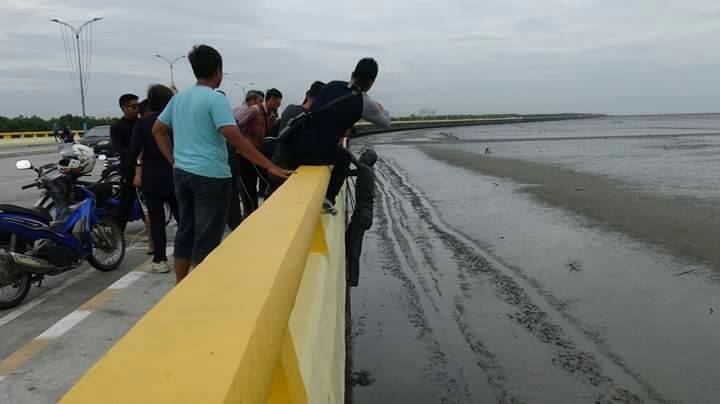 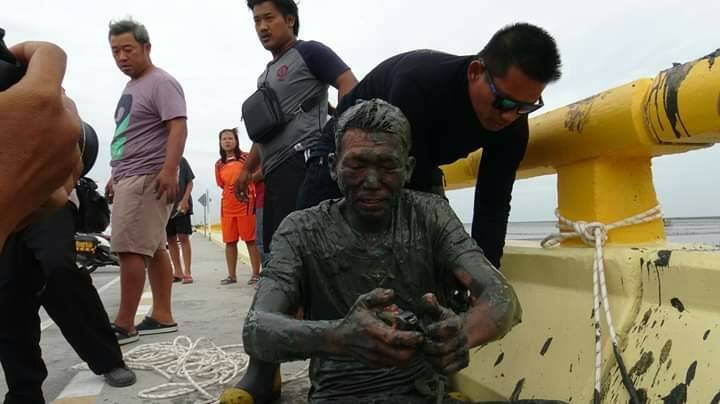 However, the mud was too deep for him to climb back up and he was forced to stay in the water for help. Luckily, another man was walking past and saw the blacksmith’s hat and shoes lying there. He quickly looked down and saw the other man flailing in the water, which was when he alerted the authorities that someone had fallen into the sea.

They came to rescue the man with a rope to pull him up, and the whole process took about 40 minutes before he was safely on dry land once more. When asked, the blacksmith said that the tape measure was very important to him, and he didn’t think about the height or how dangerous it was to jump inside as his wife had bought it for him to use before she sadly passed away. 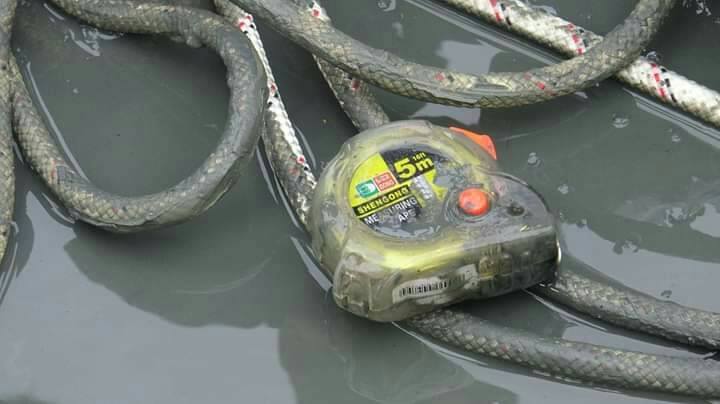 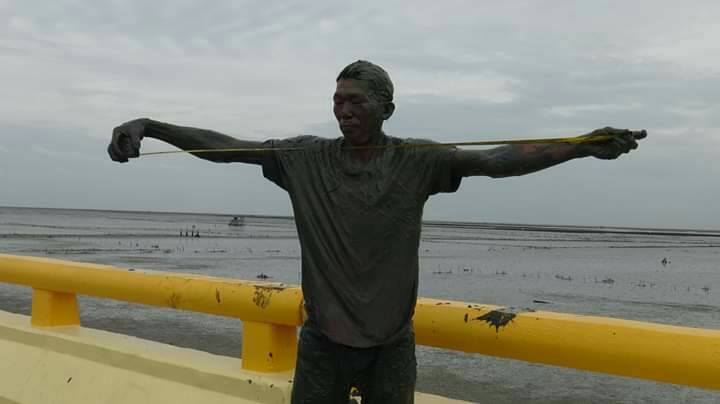 She had told him to take care of the tape measure, and he wanted to keep his promise even though she wasn’t here anymore. Such love for his late wife! The blacksmith was checked and given some water to clean up before he went home. Fortunately, he wasn’t injured from his dive into the mud.

Sometimes, things are important to us not because of how much they cost, but because of its priceless sentimental value.

Also read:64yo M’sian Travels Over 100km Every Day to Sell Salted Fish in Order to Support His Sick Wife 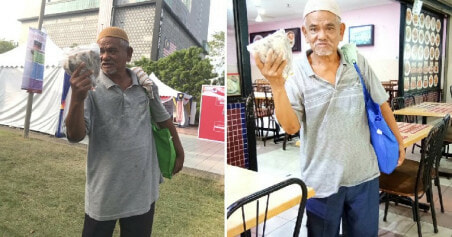