This is such a horrible and disgusting thing to do to a poor animal!

The Star reported that Michael Navage, a man in Arizona, United States, was arrested last Wednesday (20 Mar) because he allegedly tried to have sex with his poor pet cat.

Witnesses reported that they overheard the 40-year-old screaming after his penis got stuck inside the cat’s anus. This is so sick! An anonymous citizen called the police after Michael cried out for help, saying the cat was stuck on his penis. The caller also said that they heard yelling, swearing, and a cat “sounding distressed.”

Another witness heard the suspect crying out “it’s stuck to my penis,” as well as calling the cat a “wh*re” and shouting at it to “stop sh*tting.”

When the police arrived, Michael refused to open the door, claiming he was only “drying” his cat with a towel. When the police finally got inside, they found Michael standing naked in the middle of his bathroom “with a cat partially wrapped in a towel by his genitals.”

When the police questioned him, he told them that he was trying to dry off his cat with the towel and said that he loved the cat as a pet as he had it since it was a kitten.

Michael explains that it would have been “impossible” to have sex with the cat, as “the girth of his penis is too large for him to penetrate the cat’s anus.”

The cat was examined and was found to have “tearing around the surface of the anus as well as superficial wounds, small cuts around the anus area.” Oh no, the poor cat!

Further checks by the authorities unearthed bags of crystal meth, false credit cards, a forged USD100 (approx. RM407) bill, as well as IDs and cheques with different names in the man’s temporary apartment. Michael has admitted to selling meth so he could have a room and a place to shower.

He is now facing multiple charges for forgery, possession of illegal substances, animal abuse, and bestiality.

Bestiality is wildly illegal in Malaysia, with a punishment of whipping and imprisonment for up to 20 years.

If you see anybody abusing an animal, you can call SPCA at their emergency hotline 42565312 (10am – 4pm Tuesday – Sunday, closed on Mondays) or even report to the nearest police station. 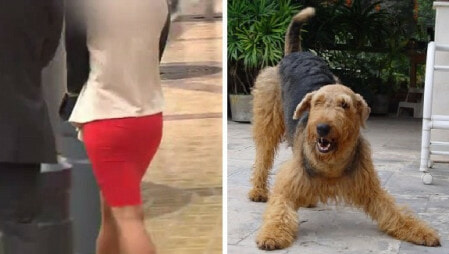