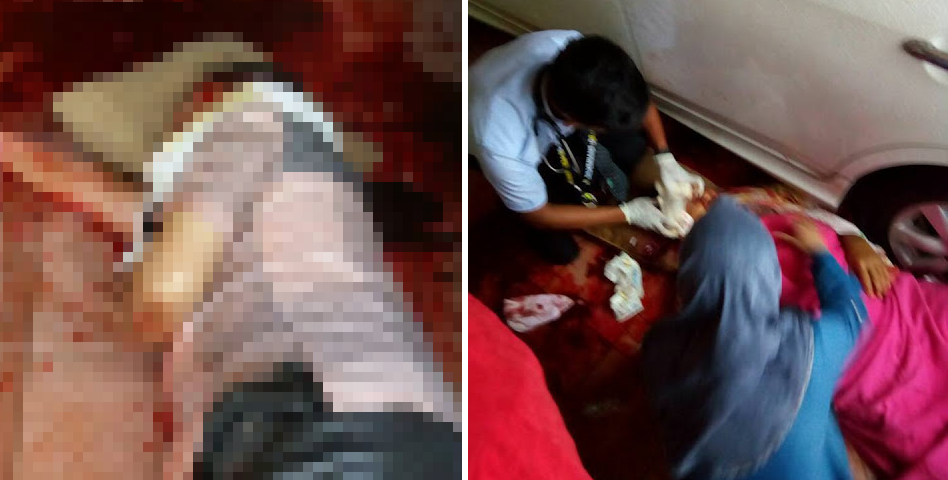 Disclaimer: Images included in this article may be disturbing to some

A man with a ‘Datuk’ title was severely hurt after a band of robbers slashed him on the head, while his wife also suffered injuries.

The gruesome incident happened in broad daylight, about 3.30pm in their own residence. 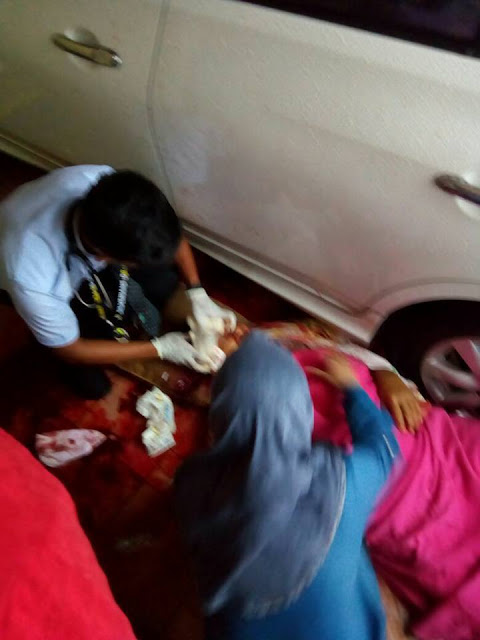 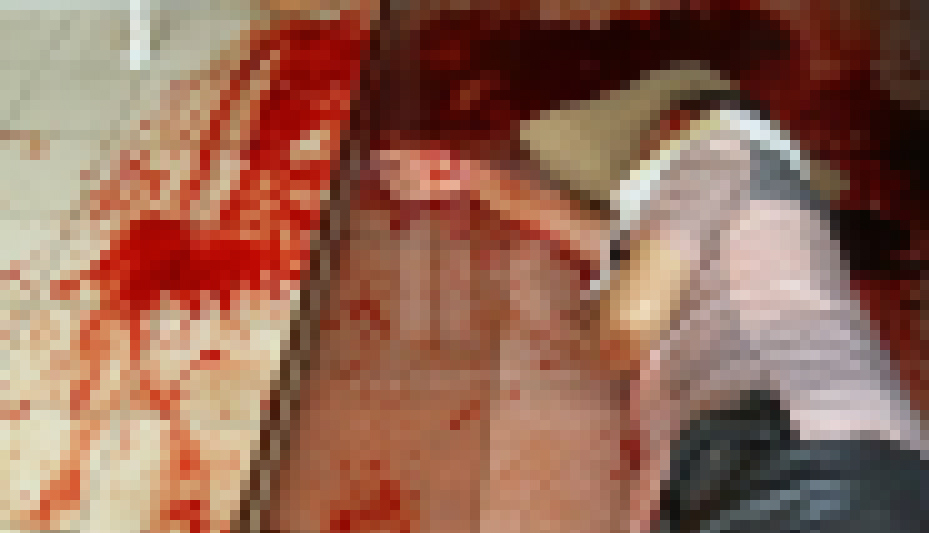 The victim and his wife were getting ready to go out before they were ambushed by the robbers.

The daughter of the victim said the main door was opened because they were heading out. She was heading back inside the house to grab something before 6 men with parangs entered their house porch.

“They slashed my father on the head, and when I tried to close the door to the house, they ran after me and managed to enter.

“In the house they slashed my mother on the hand, and kept asking for money and gold.

“However, because of our screams, they fled with our car and house keys,” she added according to The Star. 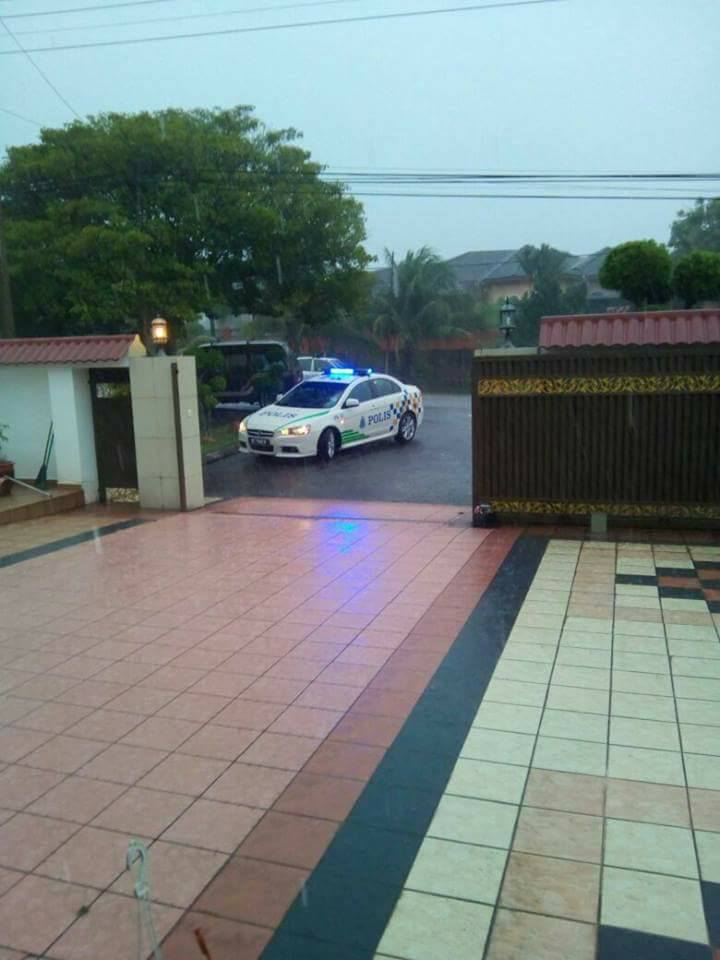 According to their neighbour, Jasmin, it was raining heavily at that time. She had overheard a loud yell from the victim’s house. When she tried to take a look, she saw a group of thuggish men exiting their house before escaping with their motorcycles.

“I went over to their house and told the Datuk’s wife to close the gates for fear that these bandits would come back. I then called the police to report the incident,” she said to Kosmo. 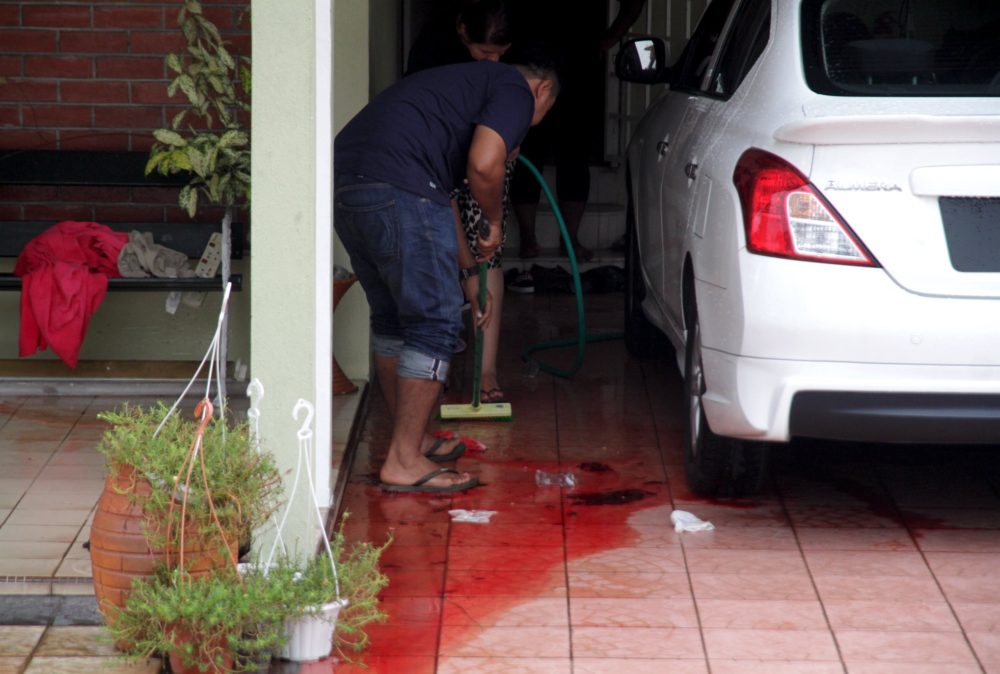 The Datuk suffered severe injuries to his head, while his wife was injured on her palms. Both are being treated in Hospital Raja Permaisuri Bainun.