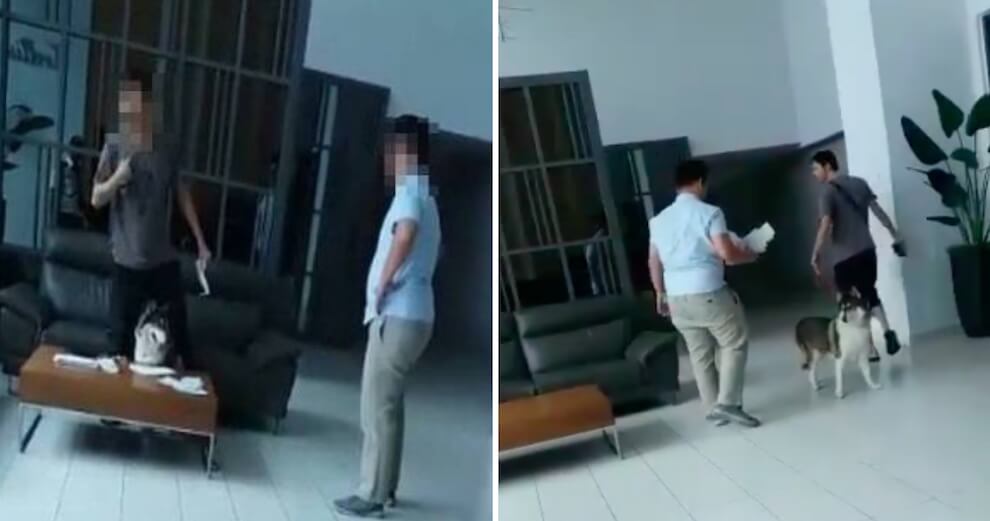 Earlier on Monday (20th May), a video of a man having an intense exchange with a security guard at the lobby of an apartment building was uploaded to Facebook. The video soon began to circulate, garnering over 8,000 shares in two days.

“This man brought his dog to the lobby area of our condominium in Taman Sungai Besi. This not only is restricted according to our house rules, but it also violates local government laws.

“This man’s actions is not considering the sensitivities of Muslims and other people in the lobby area who may have a fear of animals. The way he spoke to the guard was also very rude and uncivilised.”

A while after that, the man’s friend managed to calm him down and they vacated the lobby along with the man’s dog.

Meanwhile, the video received a number of comments from Malaysian netizens who were outraged with the man’s behaviour. 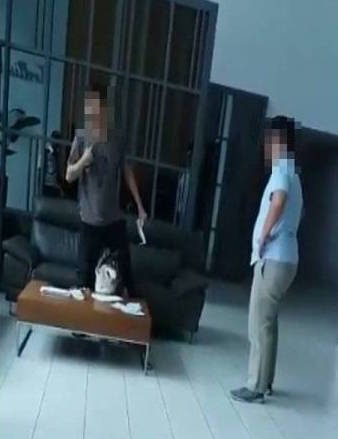 “Even the dog looks amazed at how much its owner is yelling,” commented one user.

“Here is a clear example of animals behaving better than ignorant humans. He is downright arrogant,” commented another.

Regardless if you’re right or wrong, shouting or acting violent is definitely not the way to go. What do you think about this man’s behaviour? Let us know in the comments section.

Also read: KL Man Gets Angry at Staff in Fast Food Joint for Slow Service Even Though They’re Fasting 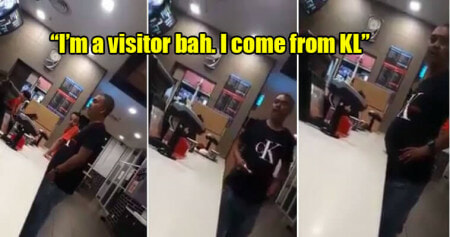