Muhammad Khalid Ismail is not really a celebrity or anything, but he has represented Malaysia well in a talk show in South Korea.

Back then, there wasn’t much information about him aside from his life in South Korea. However, it seems like there was one important bit that he’d left out: his beautiful South Korean wife! 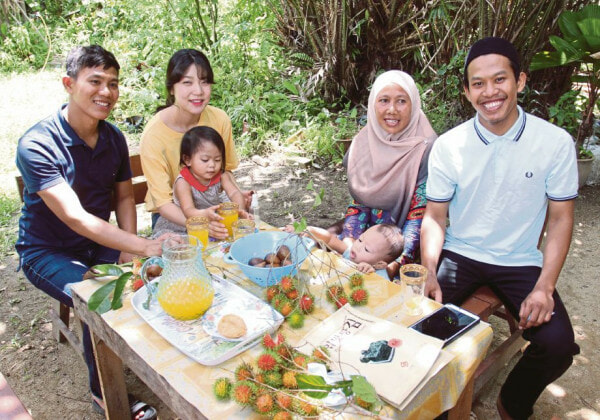 According to Harian Metro, Khalid, 29, was spotted in Kelantan with his 28-year-old wife, Lee-Seul. Apparently, Khalid brought his gorgeous wife back to his hometown to introduce to his relatives.

The couple recently got married in April this year and currently live together in Gunpo, Gyeonggi, South Korea. When they got married, Khalid had also posted some photos on Facebook.

“After so many challenges, finally I am able to start my love life in Korea.”

“Thank God the ‘akad nikah’ ceremony was done well with a local woman at the Imam Masjid in Central Seoul.

“The wedding reception of the bride’s side will be according to the South Korean culture on October 14, 2017 in Suwon and the groom’s side will be in Kelantan in 2018.” 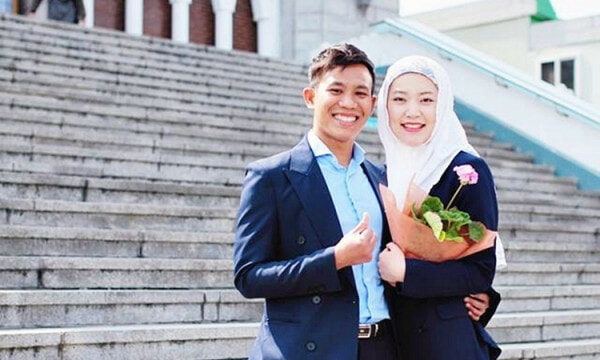 Congratulations on the wonderful wedding!

Not too long ago, the 29-year-old showcased Malaysia as a wonderful country to South Koreans in the aforementioned talk show.

During the 95th episode of ‘Non-Summit‘ (비정상회담), Khalid was invited as a guest to discuss about Malaysia to a panel of South Koreans and foreigners.

He highlighted the beauty of our country such as our multiracial and multicultural demography, our beautiful holiday destinations and even the rich flora and fauna here. 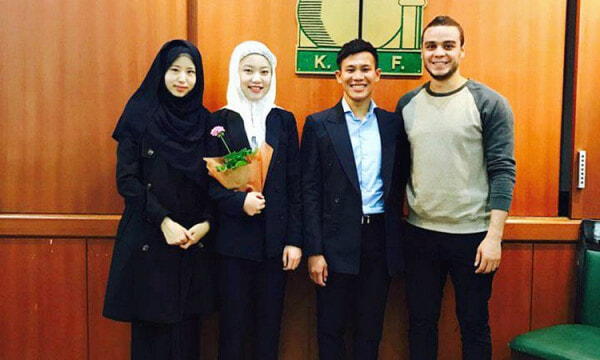 Videos of him from the show went super viral online. Malaysians were so proud to hear our country being put in such a positive light in front of foreigners.

Well, after all the negative news about us being highlighted overseas, this was definitely a nice change! 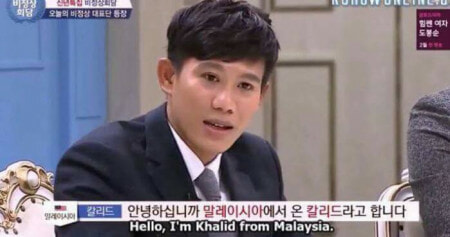