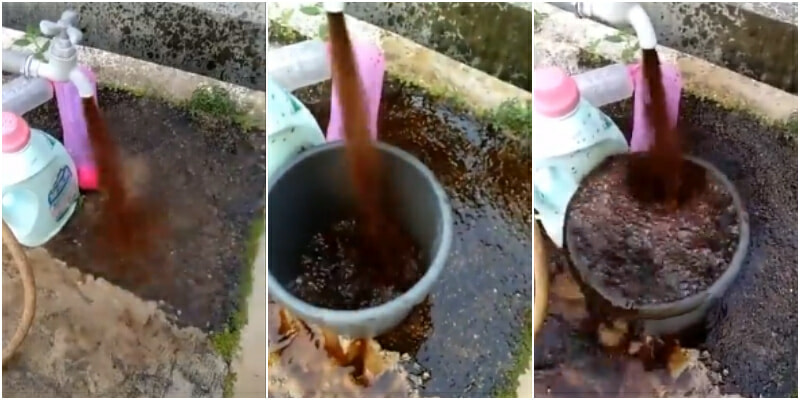 Water woes have been plaguing Malaysians for almost two weeks now, first with the unscheduled water cuts taking place in Selangor, to floods taking place all around Kuala Lumpur jus two days ago.

While things have relatively returned to normal thus far for people in Kelantan, their bout with water woes have yet to see light at the end of the tunnel.

Taking to Twitter, @IziffiNb shared just how the water in Kelantan changed from a Teh Ais colour to an Americano.

The video which was taken in Guntong, Kelantan has garnered more that 21k retweets and 17.6k likes so far.

Seriously, if we think living in Selangor with polluted water is bad enough, think again.

Netizens commenting to the tweet asked questions as to how people facing such difficulties carry on with daily chores such as washing clothes and cooking.

One respondent said, “For those living in Kelantan, many resort to digging their own wells. If we were made to wait for water to improve in Kelantan, we would have to wait forever to take a shower.”

Commenting on Kelantan’s water woes, Water and Environment Minister Tuan Ibrahim Tuan Man said that it would take 30 to 40 years for Kelantan to solve its floods and water supply problems.

Let’s hope that the government will have a serious look into this matter. We simply cannot preach modernism when basic necessities for the people are still in limbo. 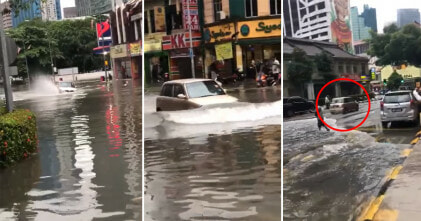