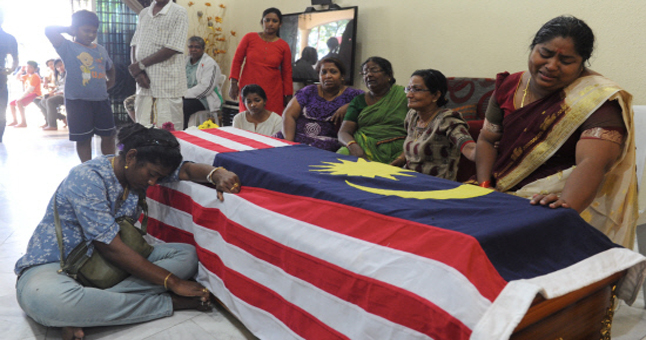 A Malaysian patriot met his demise when Beechcraft B200T aircraft crashed at the air base in Teluk Ayer Tawar on 21 December.

The deceased pilot, Major Kayamboo Chellam, 44 died in the crash while three other passengers were injured. 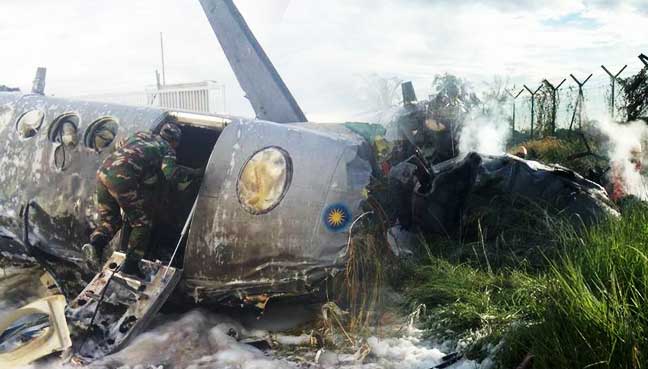 The pilot’s wife, S. Usha came home from work and was waiting for his husband. Apparently she had a surprise birthday party planned for him but everything changed when she received the bad news.

Dressed in her nurse’s uniform, Usha went to Seberang Jaya Hospital mortuary at 10.30 pm. She broke down into tears upon seeing her husband’s body. Her family members can only console her but the news was just too much for her to accept.

She was wailing loudly in Tamil: “He is gone!” 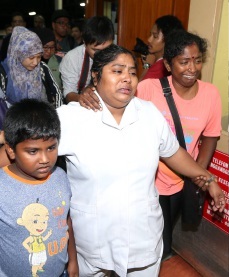 Her family members later ushered her away for a private briefing with Deputy Defense Minister Datuk Seri Mohd Johari Baharum. According to FMT, Johari promised Kayamboo’s family aid with the children receiving aid until certain stage so they could further their studies.

According to the pilot’s uncle, A. Vijaykumaran, 58, there was suppose to be a surprise birthday party at the pilot’s house in Taman Sri Nibong that night. He added that Kayamboo has been flying for the air force for 15 years and was based in Alor Setar. 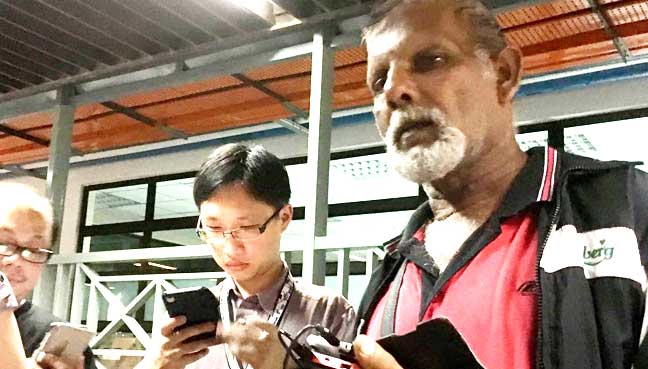 “He was a nice chap, a friendly guy,” said his uncle.

Prime Minister Najib Razak has ordered a comprehensive investigation to be conducted on the mishap. Air Force chief Lieutenant-General Affendi Buang said that the investigation was in full-speed to identify the cause of this mishap.

Malaysia has lost a brave soul while Usha’s family has lost a loving father and a caring husband.

The team at World Of Buzz extends our heartfelt condolences to the pilot’s family.