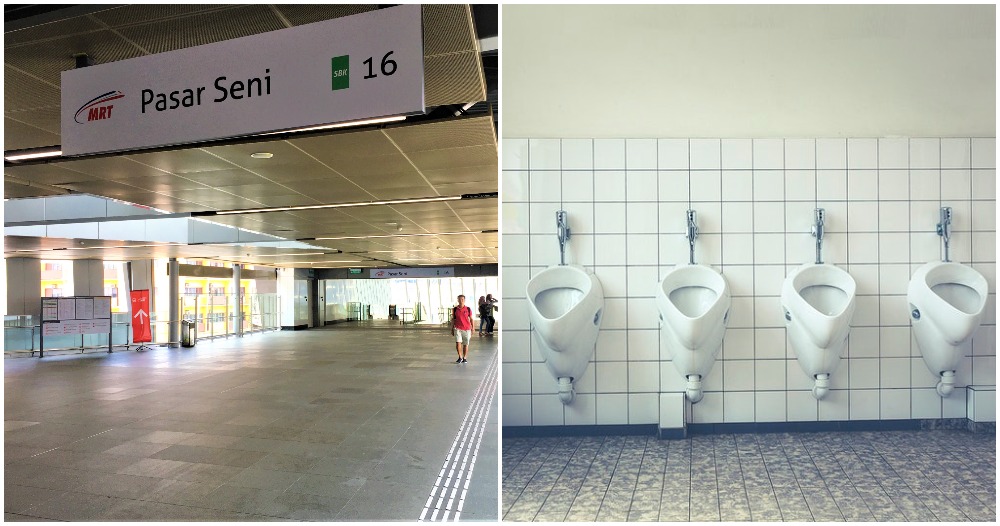 Disclaimer: This story was shared to us by the victim himself and his *name has been changed for privacy reasons.

Sexual harassment can happen to anyone, anywhere and anytime.

On 15th July, Eli* was using the urinal at the Pasar Seni MRT station toilet when he caught a man peeking at him.  Eli was shocked at first and tried to brush it off. However, the more he thought about it, the more uneasy he became as he realised that the man was there before he came in. Eli exited the washroom and acted on his suspicion by turning back.

Eli zeroed in on the man and paid attention to what he was doing. His suspicion was proven to be true as the man was peeking on the other men at the urinal as well. The peeping tom then realised he was found out, so he tried to cover up by washing his hands and going out of the washroom.

Eli confronted him by shouting at him but the man pretended to be on the phone. Eli then demanded to check the man’s phone to see if he had taken any pictures of anyone in the washroom. The peeping tom refused to show his gallery which made Eli even more suspicious.

After the confrontation, Eli went to the polis bantuan at the station to report the incident. The police took action immediately and managed to track down the harasser. The next day, the police contacted Eli again and told him that they’ve apprehended the suspect. They even showed him a picture of the harasser and Eli confirmed that that was indeed him. Working together with Rapid KL, the police urged Eli to file a police report which he did.

Recounting the experience to WORLD OF BUZZ, Eli said that it was quite traumatising. At first, he was scared and in denial but after he confronted the perpetrator, he felt a lot of anger and his hands were shaking.

After Eli shared his story, many other men have come forward and told him their stories of getting sexually harassed by other males as well in public toilets.

“Many men are afraid to share their experiences as they think that it is embarassing but I’m glad that more of them are opening up to me about their own stories.”

By sharing his story, Eli hopes that people will be more aware that sexual harassment happens to men as well.

“This incident was unexpected but it’s reality. Many people, especially women are being sexually harassed and unfortunately, it happens to men as well.”

Sexual harassment can happen to anyone and Eli is especially fearful of it happening to teens and children.

“Please stay safe when you’re outside and be aware of your surroundings.”

Also read: Woman’s Drink Spiked With Aphrodisiac, Here’s How You Can Prevent It From Happening To You