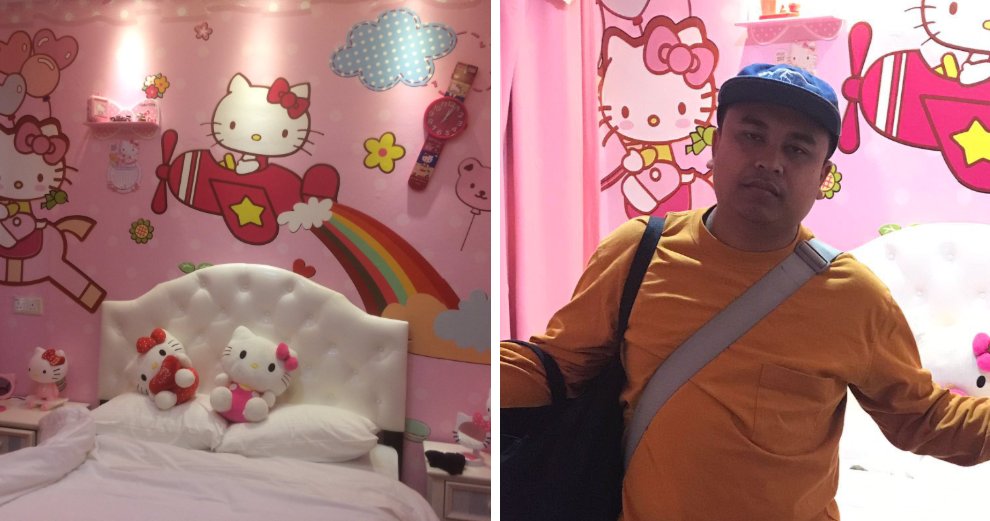 Couples communicate in all kinds of ‘languages’. Sometimes, they communicate their love for each other through fun pranks and jokes that keep the relationship easy-going and full of laughter for both parties.

That certainly was the case for netizen Amy Medusa (@amymedusaa), a videographer and photographer from Kuala Lumpur. This morning (10th July 2019), Amy had travelled to Melaka along with a male companion. They were set to stay in a hotel Amy’s wife booked, and were eagerly looking to check in when they discovered Amy’s wife had played a prank on them.

She had booked them the Hello Kitty room in the Fantasy Hotel in Melaka, which is known for it’s cartoon character-themed rooms!

In the now-viral tweet, Amy describes how his wife tried to hold back her laughter when he had asked her earlier if the hotel in Melaka had been booked. She knew he was travelling with his male friends, and probably thought that it was a great joke to play on her husband. Netizens obviously agreed with the assessment, with many roaring with laughter and commending him for his good humour about the situation.

Others commented on his wife’s sense of humour, which we definitely approve of! While Amy looks somewhat less than enthused at his fate, his friend seems to have taken it all in stride, posting a picture of himself enjoying the pink towels and Hello Kitty soft toys.

Amy’s post has garnered 15K retweets and nearly 10K likes at the time of writing.

We certainly hope Amy ends up enjoying his stay after all! His wife sounds like she has a marvelous sense of humour, and she’ll need it for whatever prank he pulls on her in revenge! Good luck to the happy couple.

Also read: Cop Punishes Boy for ‘Hantu Pocong’ Prank, Orders Him to Jump Like One for 15 Mins 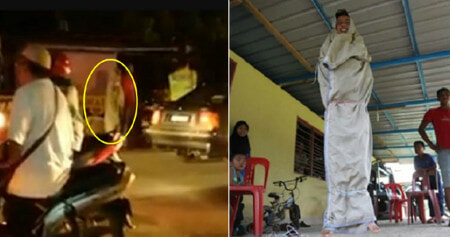