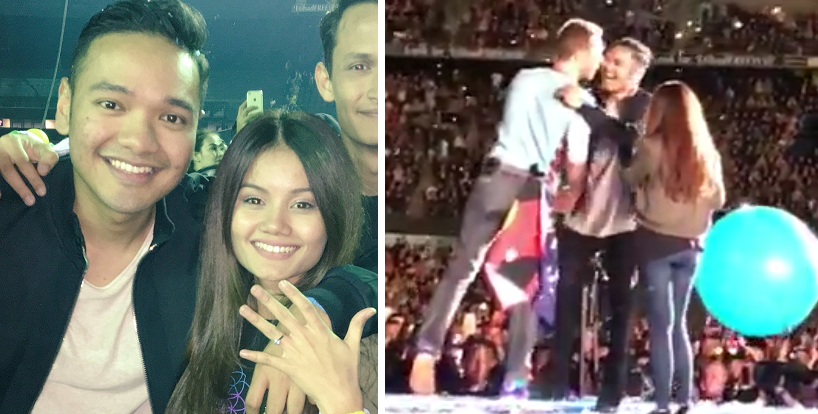 Is proposing at Coldplay concerts going to be a thing now? Chris Martin might as well get ordained, if that is the case.

Now, Faez went to the concert with a rather devious plan; he wanted to propose to his girlfriend during the concert, but he just didn’t know when. 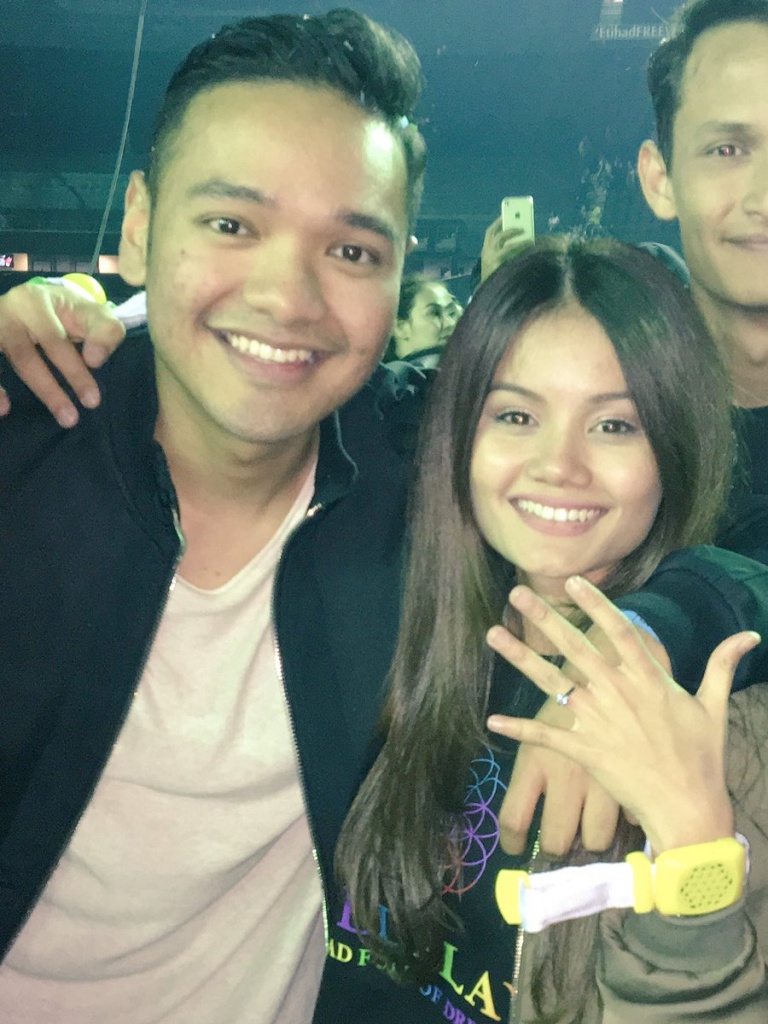 He saw a perfect opportunity to do so when Chris Martin, lead singer for the band, offered the stage to the audience members if they wanted to use it for any special occasion.

If you are wondering why he did so, my money is on the fact that during the same concert the day before, another man proposed to his girlfriend as well. 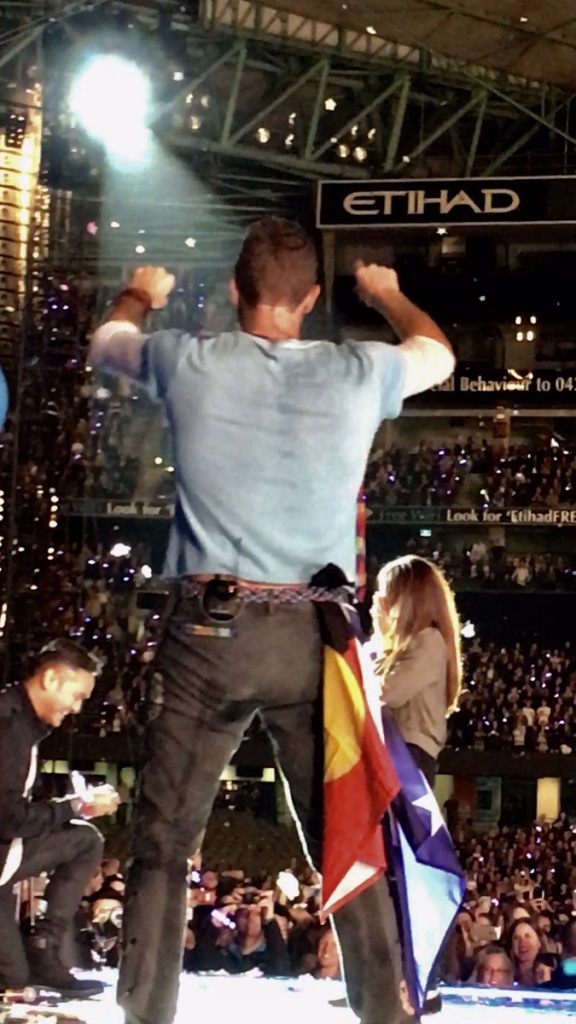 When the couple approached the stage, Chris welcomed them in, and passed Faez his microphone. He probably knew what was going to happen.

Faez got down on one knee and said this;

“You are the love of my life and I know you’re a big fan of Coldplay and I thought that tonight you’ll be the (inaudible) of the night. Will you marry me?” 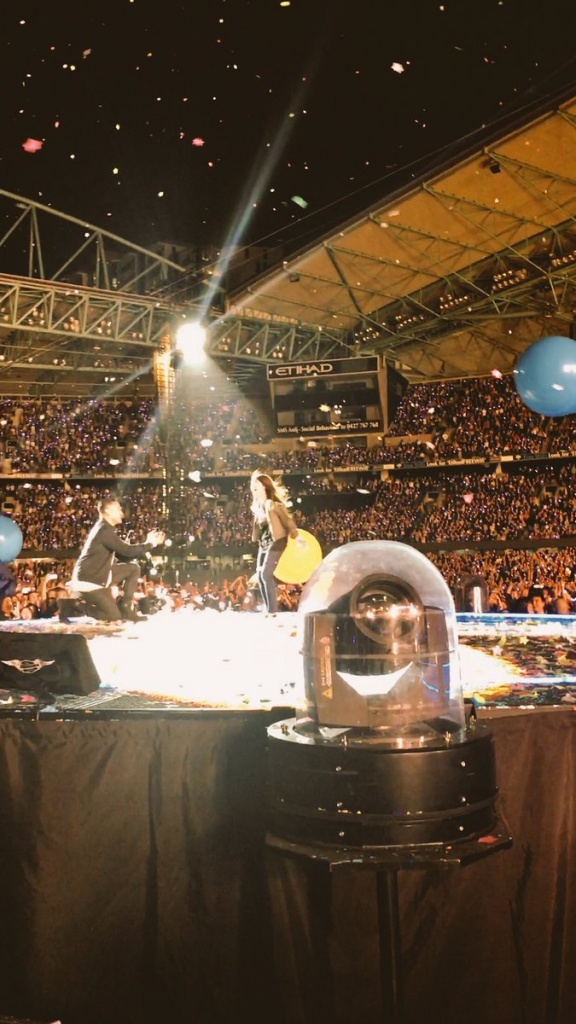 Naturally An-nuura said yes and jumped to her new fiancé. They embraced and the crowd went insane. Chris Martin congratulated the newly-engaged couple and proceeded to play their last song.

The lucky lady of course shared her once-in-a-lifetime experience on Facebook. She wrote:

“We flew all the way from Malaysia to watch the best band in the world and it turned out to be the best night of my life!! Coldplay itself is already amazing but something bigger happened! In front of 70,000 people, he got down to his knees and asked me THE BIG QUESTION ON STAGE! Words can’t describe how I feel right now. I LOVE YOU MUHAMMAD FAEZ, I can’t wait to spend the rest of my life with you!! TRULY AN AMAZING DAY..

So with this and the Indonesian man who also proposed to his girlfriend at a Coldplay concert, would any of you guys consider popping the question at a concert? If so, which band would be playing?