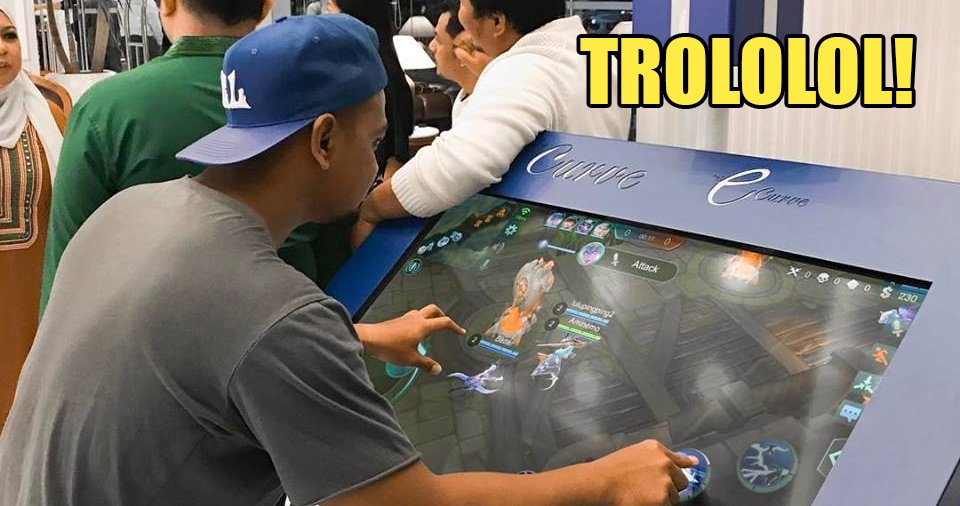 Have you ever felt so frustrated whenever you’re lost at the mall and come across an unhelpful directory?

Well, this Malaysian felt the same way and took his frustration to the next level when he decided to hack the touchscreen directory to play an online game!

In his now viral Facebook post, he said that he was having trouble finding his way to the Royale Chulan Hotel at The Curve in Mutiara Damansara earlier last week. 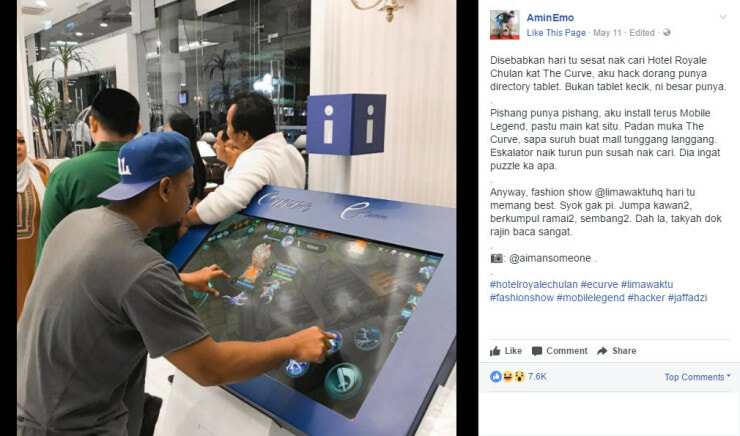 He became increasingly frustrated when he found that the directory tablet proved unhelpful since he still couldn’t find the place he was looking for.

It was then that he decided to hack the directory tablet to download and play Mobile Legends on it!

“Who asked them (the people who built The Curve) to make a such a confusing mall? The escalators are also hard to find. Do they think it’s a puzzle?”

Of course, Malaysian netizens found this incredibly hilarious and an ingenious thing to do. I mean, who would think to even do something like this?

Many of them totally related to his frustration, and thought of copying his idea during Raya season.

Several Malaysians even suggested other locations he could try to hack at another time!

However, it looks like the photo is probably fake, according to the guy who posted the photo. Despite that, he said that this is very much doable on kiosks with multi-touch screens, instead of the single-touch screens that many mall directories use! 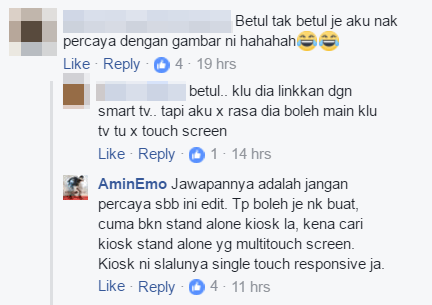 One thing’s for sure, Malaysians sure are a creative bunch! Let us know if any of you attempt to do this! 😉 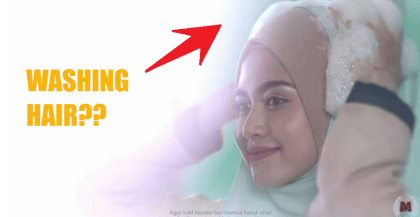