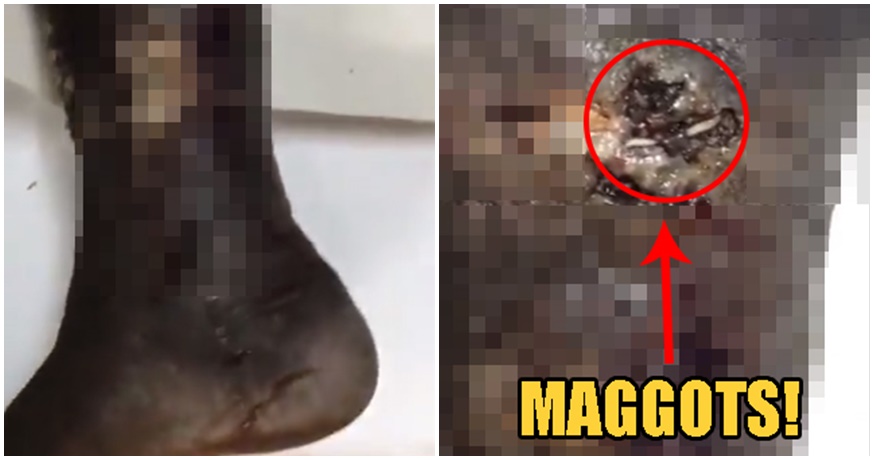 If you know a diabetic patient, or are a diabetic patient yourself, one of the key things to be aware of is injury, because people who suffer from diabetes tend to take longer to heal from their wounds. And wounds that don’t get treated properly can lead to very severe repercussions!

A 46-year-old diabetic patient had to learn that the hard way when he visited the doctor to treat his leg, which had already begun to turn black from rot, according to Harian Metro.

The horrifying condition was encountered by Dr Muhammad Faruq Zulkafli who worked at a health clinic in Sungai Buloh, where the diabetic man came in to seek help for his leg. The patient had apparently contracted diabetes in his 20s, but refused to control his dietary intake or seek for medical help to control his diabetes. 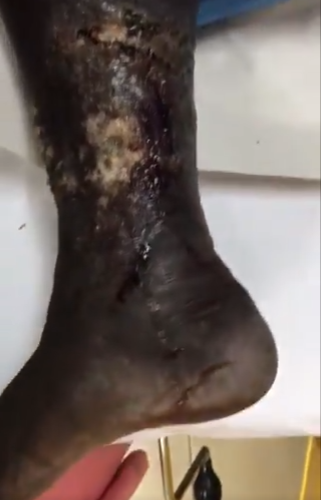 His condition only worsened when the man ran his leg against the corner of a door, wounding it and causing it to bleed. The wound never healed up properly due to his severe diabetic condition. 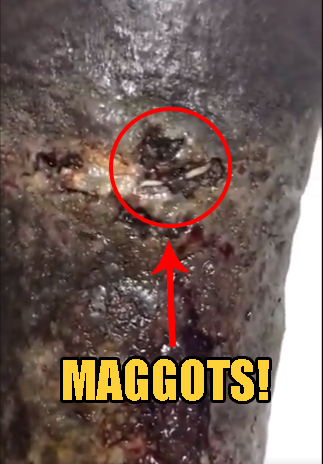 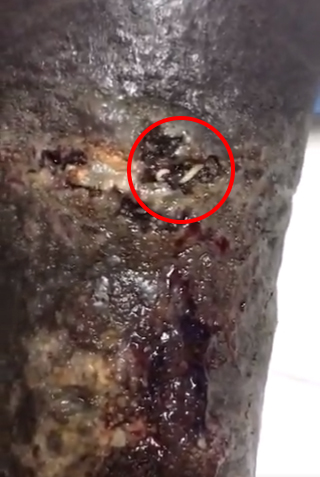 But what the man hadn’t expected was for the wound to begin rotting, so much so that his entire leg has started to turn black. The opening of the wound had even begun to fester with white maggots that were crawling inside his flesh. Oh my god….

According to Dr Muhammad Faruq, every time they squeezed the wound, another maggot would wind up dropping from its opening. “From observation, the infection has spread too far and he will need to be referred to an orthopedic surgeon. There’s a big possibility that his leg will need to be amputated.”

He also noted that as they were treating the wound, more maggots continued to crawl out and the wound only got worse. In fact, the infection had left the man’s leg in such bad shape, the skin was tender enough to rip when it was pressed. 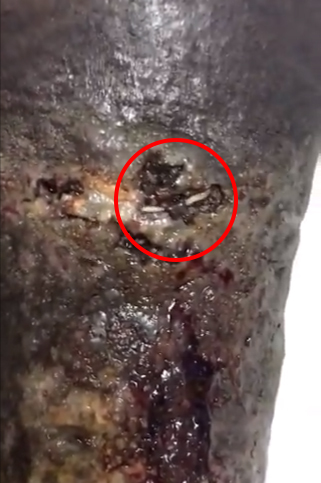 But what’s truly concerning is that the patient apparently refused the suggestion of having his leg amputated and promptly went home after his wound was treated at the clinic. The doctor said he never returned for any follow-ups after. A video of the man’s leg was uploaded by the doctor to his Twitter with the patient’s consent, and has since gone viral.

Well, we certainly hope that the man realises the severity of his condition and gets the help he needs before it’s too late! Again, health is wealth everyone. Always keep that in mind! 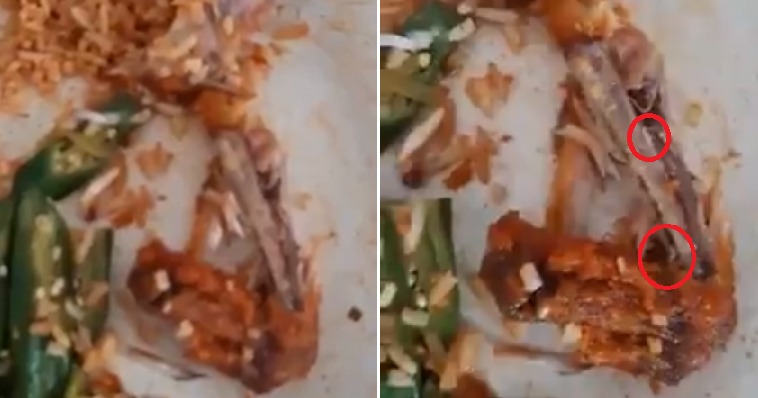