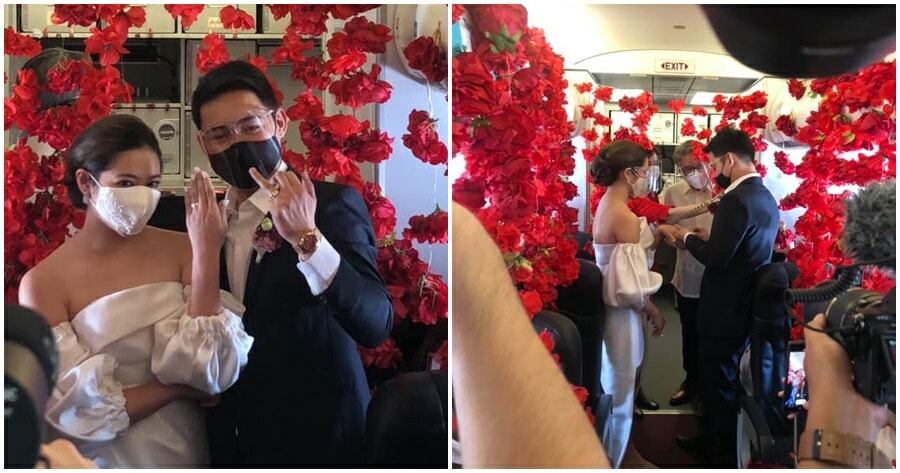 With Valentine’s Day just around the corner, many couples are struggling to find a safe and socially distant way to celebrate together. But not this couple. 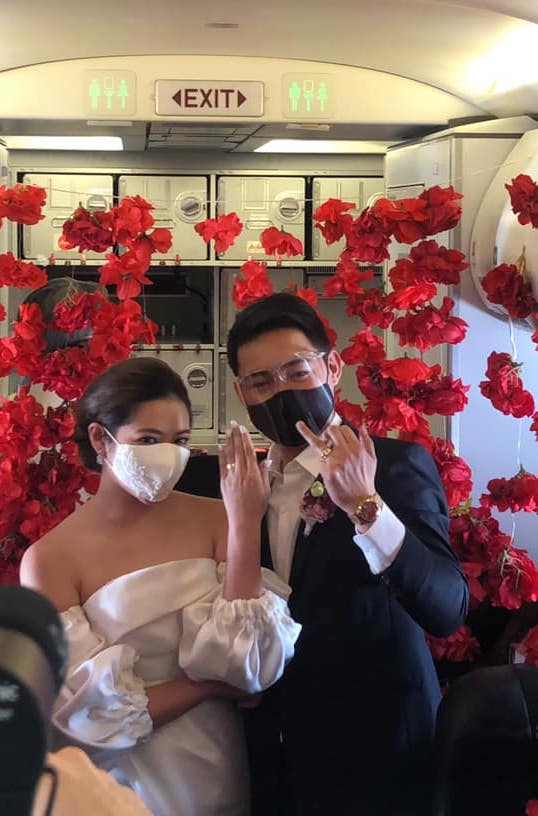 Newlyweds, micah and topy, showing off their wedding rings.

Filipino couple, Micah Cura and Kristoffer “Topy” Rustia, decided to take their relationship to the next level (literally) and got married while cruising at a 37,000 altitude onboard an AirAsia flight heading to Boracay.

The couple was pictured beautifully dressed in their wedding attire as shared by photos from l!fe. Micah walked down the aisle of the plane from the cockpit door to the tail part of the aircraft where her future husband was waiting and the two held their wedding rites. 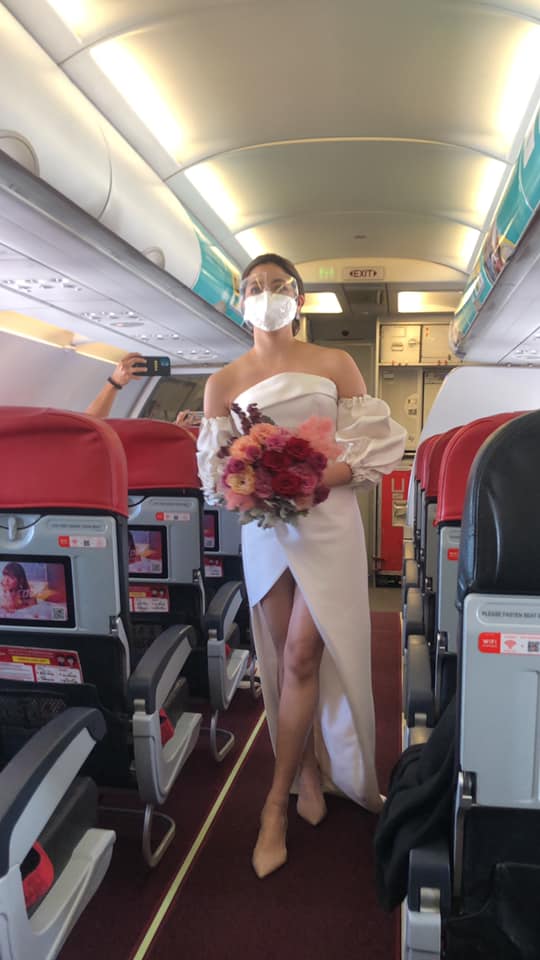 The couple said they had to have AirAsia onboard for their wedding because the company is such a big part of their love story. In fact, Micah, 23, who is originally from Tarlac City and Topy, 26, from Quezon City, initially met three years ago when they were both hired to be AirAsia cabin crewmates.

“It’s our dream to get married in the plane because AirAsia has played a big part in our love story,” said Micah.

“It was love at first sight on my part. She’s sweet. And no dull moment with her. She makes me happy. She makes me very happy,” said the beaming groom, whose joy still radiated behind his face mask and face shield.

And the blushing bride shared a few words herself, “Topy is very patient, attentive to my needs. He exerts effort all the time to make me happy.” 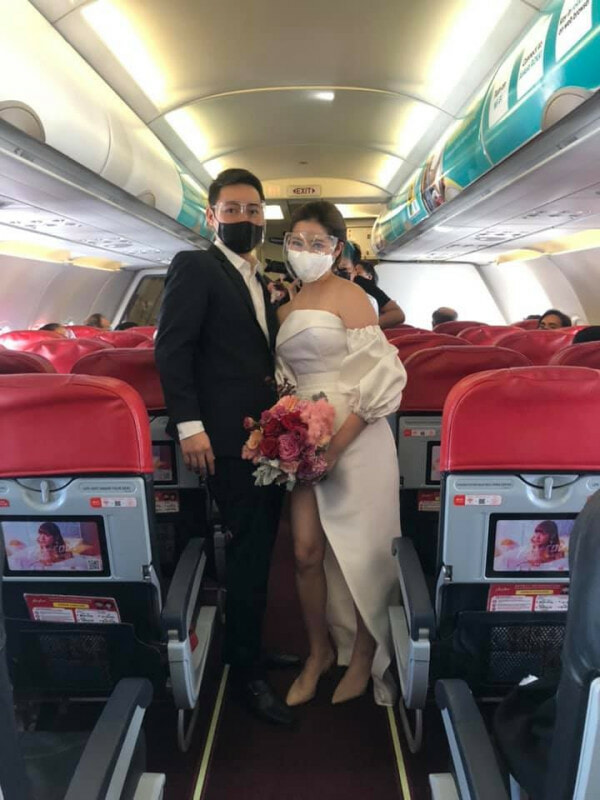 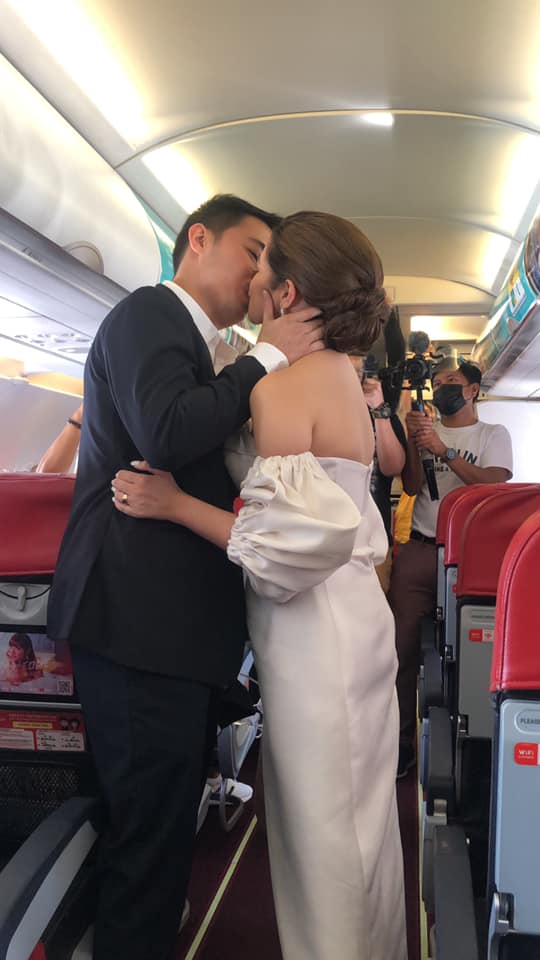 The couple has been together for two and a half years now and even have a one-year-old child together. They were initially batchmates at the University of Santo Tomas but claimed that they never crossed paths until AirAsia brought them together.

The 130 passengers in attendance for the elevated wedding broke out into hearty applause for the newlyweds at the end of the ceremony. Congratulations Micah and Toby!

While we can’t all have weddings in the skies, this pandemic definitely calls for some creativity in making it work with your significant other. What do you guys think of this? Let us know in the comments section. 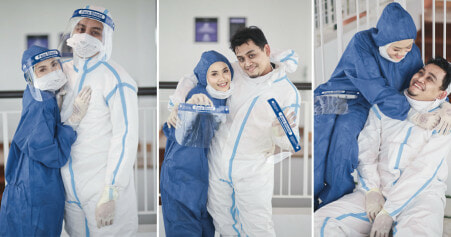