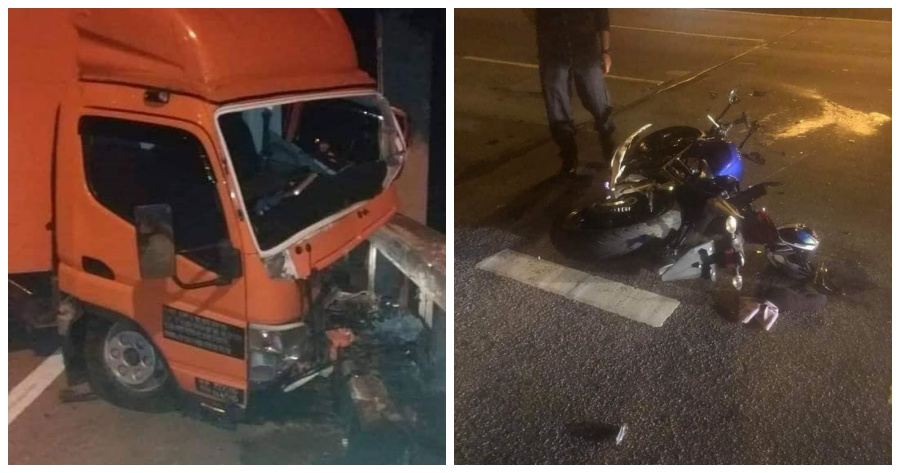 A lorry driver has died after being thrown out of his vehicle in a freak accident at Kilometer 137 of the PLUS North-South Expressway, reports Kosmo Online and My Metro.

The accident occurred on 22 December at 3:15am in the morning when Muhammad Shafiq Abd Razak, 33, was on the way to pick up orders from the Shoppee store before delivering them to the company’s hub in Pokok Sena, Kepala Batas. 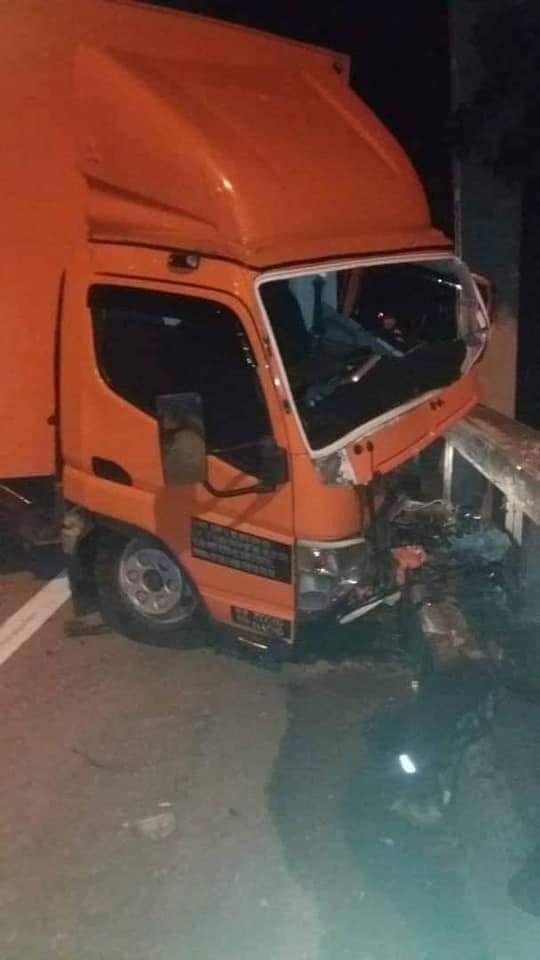 “When the police arrived, the 20-year-old rider was sent to Seberang Jaya Hospital (HSJ),” he said.

“The driver was found thrown out before falling down the flyover after the truck skidded and hit the road barrier on the left.” 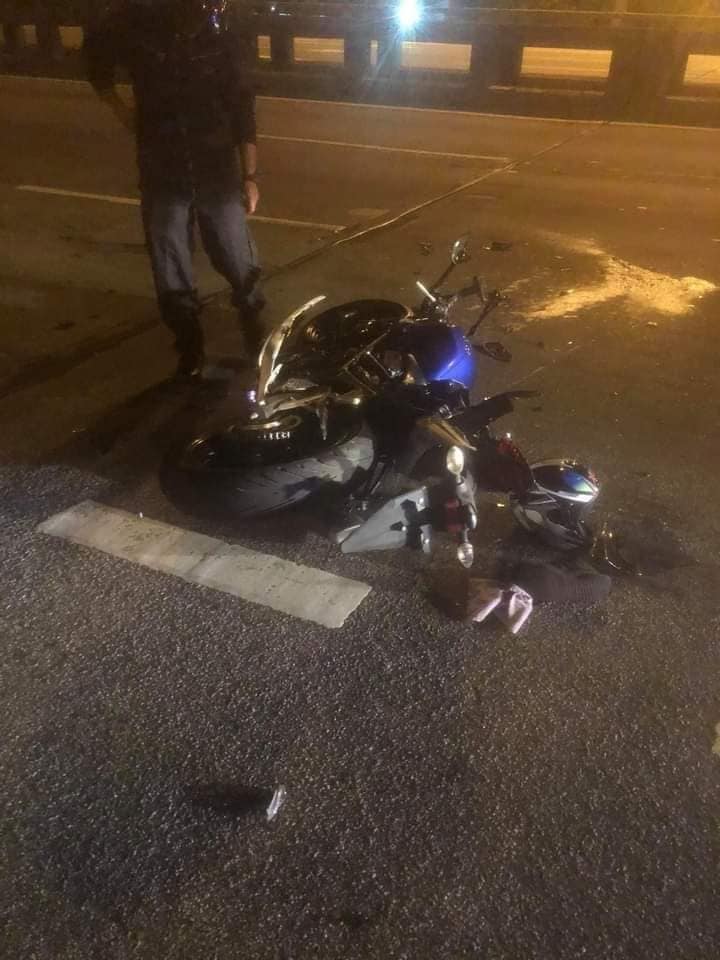 The lorry had collided with the motorcycle, causing the lorry’s left wheel to lose control before colliding with the left road barrier.

“The man suffered serious injuries to the head and several parts of the body,” he said.

“Meanwhile, the motorcyclist, Roger Daniel James (20) who was on duty at the North East District Police Headquarters also suffered severe head injuries and broken both legs.”

The police urged anyone who may have witnessed the accident to come forward to aid in the investigation as no CCTVs were around the area.

This accident is currently being investigated under Section 43 (1) of the Road Transport Act.

Also read: Watch: Motorcyclist Thrown Off Bike After Car Cuts Into Middle Lane & Crashes Into It On KESAS Highway 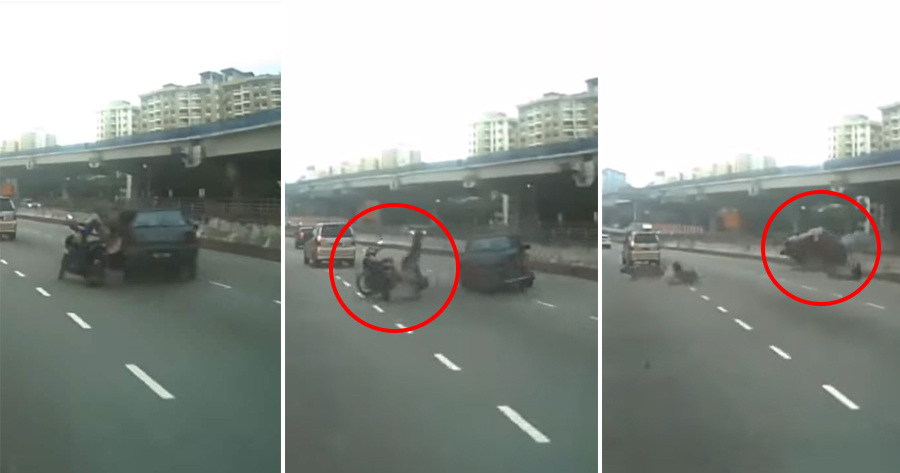