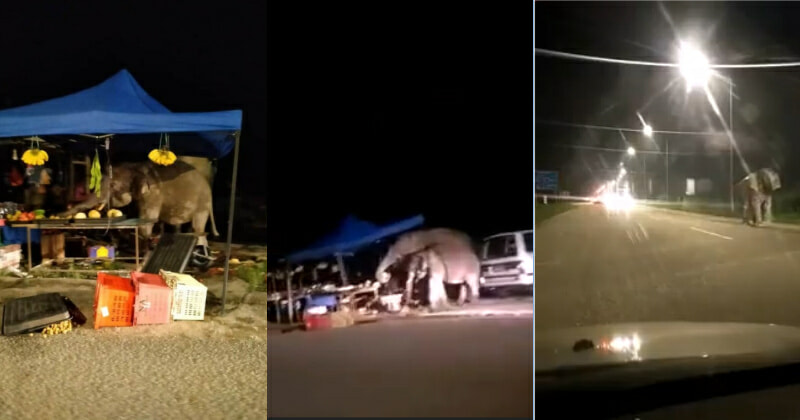 Two wild elephants ran amok when it barged into a fruit stall at Batu 6, Mawai, Kota Tinggi, causing RM1,000’s worth of damage.

In footages shared on social media, the two elephants can be seen roaming the area at around 8pm on Friday.

To give you an idea of how things unfolded, here are two videos that were shared on Twitter.

Cool right? Seeing elephants upfront and live like that.

Here is another footage of the elephants giving locals a shock.

The elephant that was seen roaming by the road caught the attention of road users, which led to the upsurge of videos relating to the incident.

According to The Star, the 52-year-old fruit seller, whose stall was ravaged by the elephants, managed to escape unhurt.

Kota Tinggi OCPD Supt Hussin Zamora said that the pair were believed to be mother and calf.

“The presence of elephants is quite common in the area. There had been a previous incident also in this area, where a person’s life was lost due to a wild elephant attack.”

The case has been referred to the Wildlife and National Parks Department (Perhilitan) for further action.

Also read: Herd Of Elephants Roams Around Terengganu, Perhilitan Advises Not To Panic 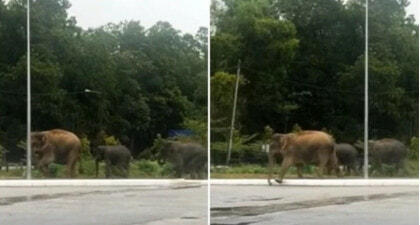