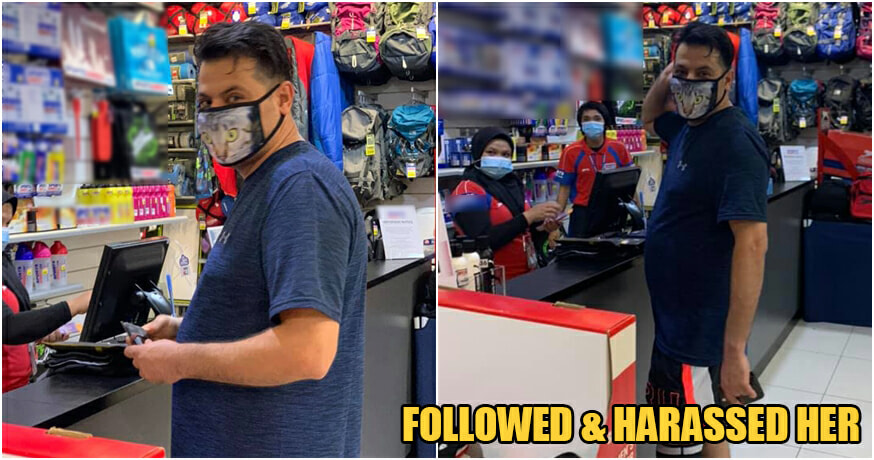 It is generally understood that harassment is a behaviour that should not under any circumstances, be tolerated. Not only is it socially unacceptable, this predatory behavior creates a sense of unease or heightened paranoia for innocent victims who are just trying to get on with their day.

Just recently, reader Ewern Heng shared with WORLD OF BUZZ about a harrowing experience she had while shopping at a sports store here, when she was harassed by another shopper who was seen wearing a cat-print face mask.

“I was walking around Sports Direct in 1MK getting stuff for my daughters football training. About 20 minutes in, I noticed that I was seeing this guy a lot at every section that I was at.

“Then it happened. I heard sounds coming from him- looked at him and ignored and moved on to another section.”

However, he still followed her and what he did right after was appalling. 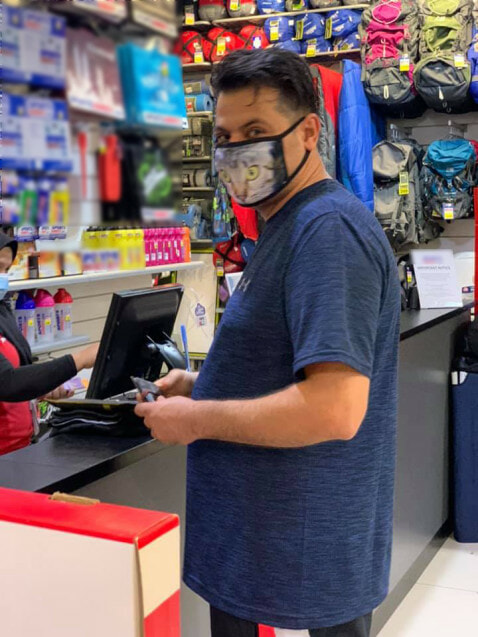 Turning around to confront him, she bravely gave him a piece of her mind. She told him to back off and to stop following her. She added,

Ewern is surprised how someone could even think to behave in such a disgusting way.

“What kind of sick freak prepares himself with a cat mask to go out just to harass women like this?!” 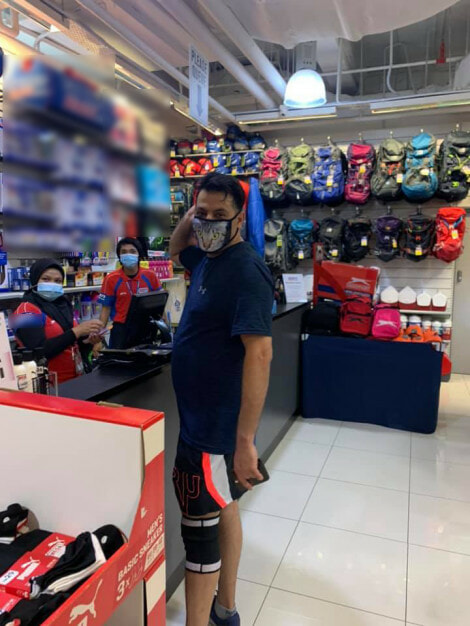 To add further salt to injury, the man managed to leave the store without any repercussions after the whole episode. Apparently, he was even making the meowing noises at the store’s cashiers, causing them much discomfort!

“I’ve told the store manager, who said it’s not necessary to call security to get this man out of the mall and teach him a lesson. TWICE. When I took his photo- the cashier girl told me he did the exact same thing to her. Yet, they still refused to call security AND LET THIS MAN GET AWAY.”

So, she did what all brave person should do: Take matters into her own hands and make him ‘famous’!

“I walked up to him and told him if this is what he is willing to do in public, then this is what his wife, his mom, his kids should know too, and I’ll make him so famous for it his wife and kids will find out from his prey on social media.”

Regardless of your gender, always remember that should you witness such incidents like this happening in public, make it a point to help and intervene or call for assistance from authorities. Harassment, whether sexual or not, should never be deemed acceptable or funny, when it comes at the cost of someone else’s peace of mind or sense of personal safety.

We hope that the man in question will know better than to do something like this in the future, and hope that he will be held accountable for the distress he has caused.