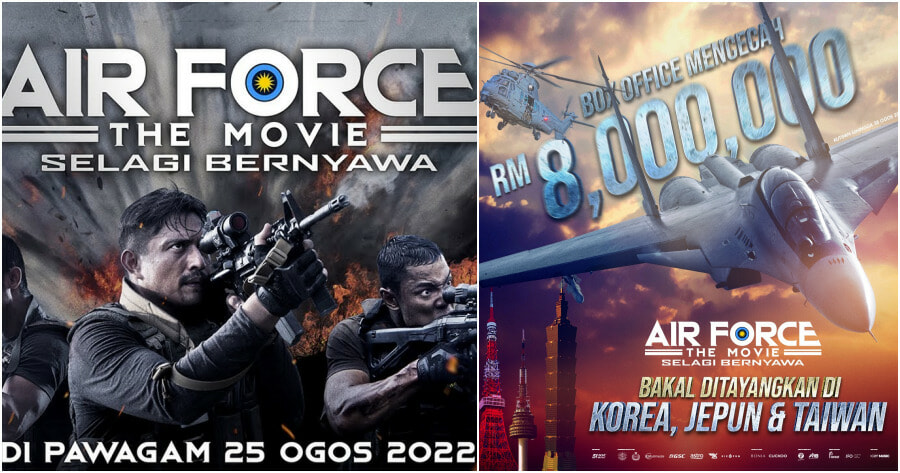 A couple of months back, the Malaysian historical epic Mat Kilau made headlines when it became the first local movie to reach an all-time high, grossing more than RM18 million in just 5 days, and the numbers kept climbing.

Air Force The Movie: Selagi Bernyawa hit theatres last Thursday (August 25), and as of August 29, the movie has grossed a whopping RM8 million in just four days, as announced by GSC on their Facebook page. 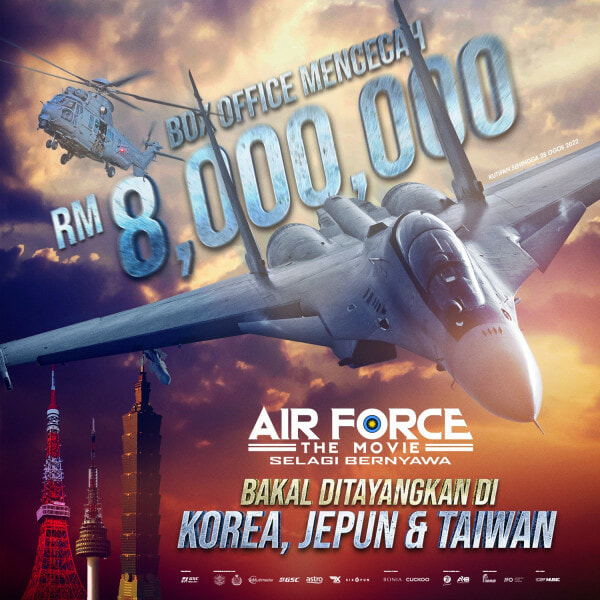 However, that’s not all. It was also revealed that Air Force The Movie will be released and shown in other Asian countries – Korea, Japan & Taiwan! Mat Kilau was just released in Indonesia this month and for our local productions to find fame in other countries is truly something to be proud of! 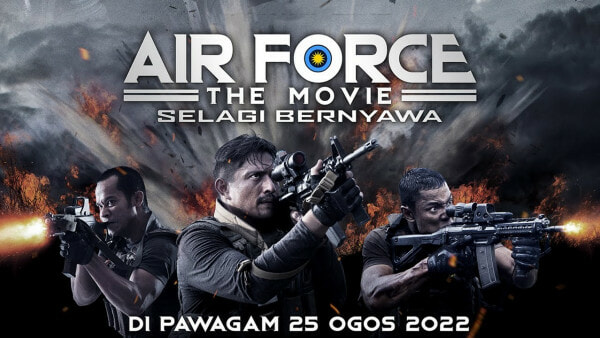 According to a representative of the film producer, such an achievement is definitely a moment of celebration because it is not easy for local content to be presented to foreign audiences.

“We should be pleased of this film’s accomplishment in breaking into the global market. It’s an opportunity to display the calibre of our film to the outside world.

The movie is helmed by two directors – Zulkarnain Azhar and Frank See with a runtime of 105 minutes. It stars Dato Adi Putra, who is known for his role in Mat Kilau as the titular character, as well as his role in the KL Gangster movie series as Jai. Air Force The Movie also features Aiman Hakim Ridza, Nas-T, Sara Ali, Pablo Amirul, Johan As’ari, Luqman Hafidz and more. 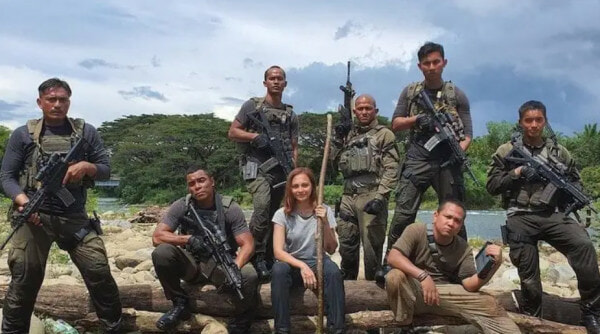 The film is also currently being shown to audiences in Brunei and Singapore.

Do you think Mat Kilau will be surpassed by the Air Force?